With only a few hours left to the start of 2020, a recent market report from Santiment, a platform for accessing cryptocurrency data and insight, revealed that Saturdays proved to be the best days for Bitcoin in 2019 with Fridays being the worst.

According to Santiment, they created a backtesting solution to calculate the daily average performance of any cryptocurrency, including Bitcoin, Ether, and other altcoins in the market. 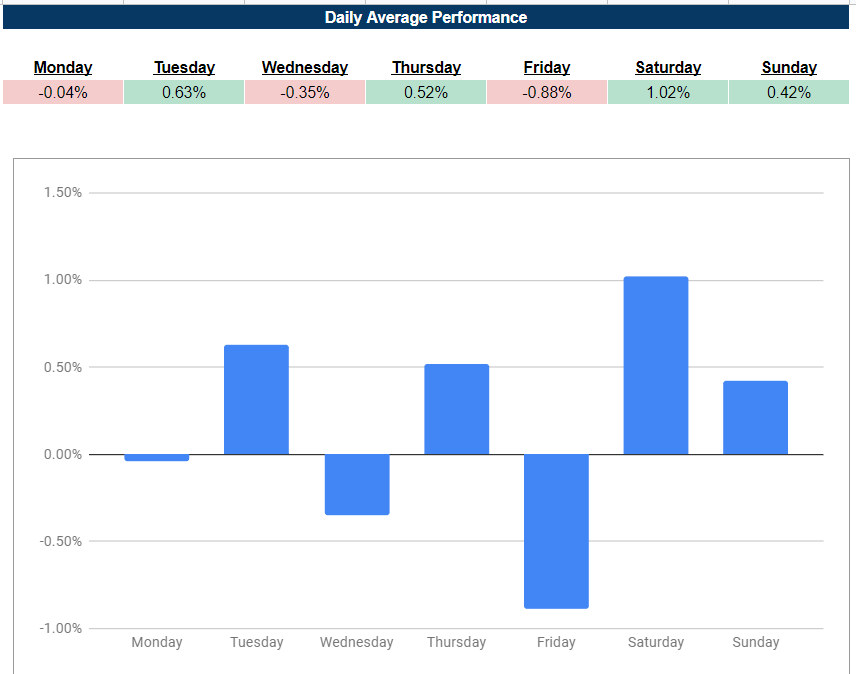 From the chart above, Bitcoin had a positive average performance in 4 out of 7 days over the last 12 months, with Saturdays being the best days for the cryptocurrency, posting returns of 1.02%. Tuesdays, Thursdays, and Sundays were also good days with average returns of 0.63%, 0.52%, and 0.42%, respectively.

Bitcoin was at its worst performance on Fridays, posting an average loss of -0.88%. Wednesdays were also not pleasant for Bitcoin as the coin was in red with a loss of -0.35%. A mild loss of 0.04% also placed Monday as one of the bad days for the cryptocurrency in 2019. 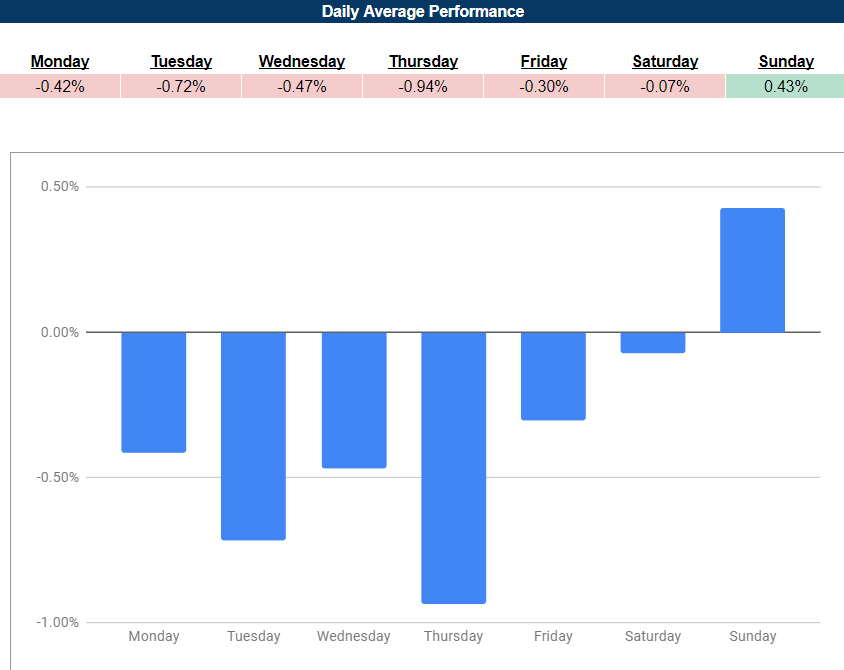 Unlike 2019, Bitcoin had a terrible daily average performance in 2018. The cryptocurrency was in red for 6 days, with only Sundays seeing a positive performance of 0.43%.

Bitcoin’s performance always has a way of affecting the rest of the crypto market, especially major alternative coins like Ether.

ETH also followed the same pattern with Bitcoin. Saturday was the best day for Ether with an average return of 0.73%, and Friday was the worst at 1.44% loss.

Despite a bumpy journey over the past 12 months, 2019 was quite a great year for Bitcoin and the entire crypto market in terms of market cap valuation, compared to 2018. The total market cap of all cryptocurrencies increased by 56.7%, while Bitcoin’s price recorded a massive 92% from Jan 1, 2019, to December 2019.

Santiment’s report also revealed the best performer awards in the top 20 coins go to LINK and BNB with a massive +507.5% and +125.9%, respectively.

The post 2019 Recap: Saturday Was The Best Day for Bitcoin Price appeared first on CryptoPotato.

Bitcoin in 2019: Positive BTC Performance Across the Board Bitcoin Loves Weekends: Saturday Was The Best ROI Day Throughout 2019
Scroll to top