Crypto Blog
You are here: Home / Crypto Blog / Bitcoin / 2020 Will See a Surge of Accredited Investors 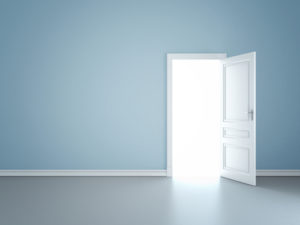 “Big Brother” seems to follow me wherever I go.

Even when I go halfway around the world.

In the 1990s, I ventured off to Southeast Asia to run a trading company. And there was an unapologetic paternalism among the wealthy and highly educated.

While most Asian countries held elections, the majority of them were limited, highly stage-managed and often fixed. Dictatorships were common and accepted. Benign ones ruled in Malaysia, Thailand and Singapore. And not-so-benign ones lorded over the population in Myanmar, Cambodia, the Philippines and elsewhere.

In Indonesia, where my Asian headquarters was, the government was as ruthless as it was corrupt. But its pro-Western leanings and anti-terrorist policies allowed it to carry on relatively free of censure from Western watchdog agencies.

Almost all my business associates defended local authoritarianism. They said the population was too poor and uneducated to be trusted with something as important as electing a head of government.

Of course, this wasn’t just an Asian mindset. It existed (and still does exist) everywhere. I disliked it and argued against it in Asia. And I dislike it even more when I come across it here in the U.S…

Which I do every day.

That’s because I ply my trade in the startup space. And according to the U.S. government, the startup space is a dangerous place. So dangerous that the government has banned the vast majority of people from investing in hundreds of startups that raise money from accredited investors every year.

Being an accredited investor allows you to invest in companies raising under Rule 506(c) and 506(b) exemptions. And that’s critical to how much money you can make from your equity investments. It’s the difference between investing in companies with enormous upside and being walled off from them.

The current definition of accredited investor allows around 10 million U.S. households to invest in these types of deals. That’s roughly 8% of households. But it’s not the numbers I have a problem with. It’s the idea that wealth and only wealth should determine access to opportunities that have incredible upside and whose risk factors can be managed. (If you’re curious about how to manage your risk, we’ve written dozens of articles on the topic.)

For the past three years, the Securities and Exchange Commission (SEC) has flirted with the idea of broadening this definition. So far, it’s been a lot of talk and procrastination. The SEC has written reports, formed committees, asked for feedback from the public and completed studies based on these reports and the feedback they generated. Frankly, I was losing hope that anything would happen in my lifetime (or my children’s).

But this long and winding road is finally coming to an end. The SEC, believe it or not, is in the final stages of expanding accredited investor qualifications.

The SEC began its latest round of activity last June. It (once again!) solicited comments from the public on ways to improve the accredited investor definition. Suggestions came in both for and against expanding the definition. After it reviewed the comments, the SEC issued a 153-page report proposing to expand current qualifications, including two categories NOT related to wealth:

Just accounting for the above professional certifications would give an additional 691,000 individuals the right to invest in 506(c) startups, says the SEC. That’s a decent boost. But the numbers really start to get big with the SEC’s other proposed changes.

It wants to add several new categories of institutional investors, including…

Family offices alone manage more than $1.2 trillion in assets. And labor unions alone hold a significant portion of the estimated $9.8 trillion in assets under U.S. pension and benefit plans. Other entities that would become eligible under the new rules include Native American tribes, sovereign wealth funds, 529 educational savings plans and other governmental (and quasi-governmental) bodies that hold trillions and perhaps tens of trillions of dollars.

So if approved, this expanded definition will transform the startup space virtually overnight. At the very least, it will set the stage for early-stage startup investing to go from being worth tens of millions of dollars to hundreds of millions (and perhaps trillions) of dollars.

The proposed changes are still in the 60-day comment period, which ends in mid-March. Interestingly, current comments push back more against expanding individual investor rights… and much less against expanding certain investor entity rights. So the more impactful of the proposed rules stand the best chance of being approved.

That said, I’d be extremely disappointed if more individuals aren’t granted access to startup investing opportunities. This updated definition would be the SEC’s biggest reform to the startup investing space since mid-2015, when new Reg A+ crowdfunding rules were announced. Institutional investors shouldn’t be the only ones that benefit.

Current deal flow raising under 506(c) is absolutely top quality. Meanwhile, the long-in-the-tooth bull run has made many public companies poor investment bets. Public market risk has never been greater. So there’s no better time than RIGHT NOW to allow everyday investors to diversify away from the overpriced public stock markets to startups brimming with upside.

The post 2020 Will See a Surge of Accredited Investors appeared first on Early Investing.

News Fix: Market May Have Bottomed Out

Startup Investing Master Class: How to Bag a Unicorn

Tesla Vs Bitcoin: Which One You Should Hold by 2025? “BOB” a New Blockchain Phone on the Horizon by PundiX
Scroll to top