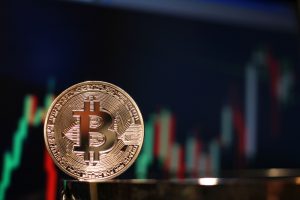 Bitcoin kicked July off with some fireworks. After briefly dropping to around $5,835 last weekend, it rallied this week and is trading around $6,650 as of this writing (all prices according to CoinMarketCap).

This week’s rally was welcome news for bitcoin investors. While market corrections like this are the norm for bitcoin, it’s the first one many recent adopters have been through. And the emotions of riding out a downswing like this can play tricks on the minds of even the most disciplined investors. But investors who can hold on – and possibly buy into the market during this dip – will find themselves poised to reap future benefits. (Adam Sharp explained why in his Early Investing column this week.)

The surge in bitcoin prices wasn’t the only positive development in the crypto markets this week, however. From institutional investors to big business, it was good news all around. To the News Fix!

Crypto exchange Coinbase launched its custodial service for institutional investors this week (Coinbase blog). In order to use Coinbase Custody, investors must deposit at least $10 million (Coinbase via Medium). The initial setup fee for an account is $100,000. There’s an additional monthly fee of 0.1% of assets stored.

Facebook’s blockchain aspirations became a little more real this week when it made Evan Cheng the director of engineering for the project (TechCrunch). An anonymous source told TechCrunch that Cheng’s hiring means Facebook’s blockchain effort is “not just an exploratory project.” Cheng is a highly respected engineer who has worked for Apple and serves as an advisor on blockchain projects.

David Marcus, who had been running Messenger for the social networking behemoth, is heading up the blockchain project. Marcus used to be the president of PayPal. He’s also on the board of Coinbase (Early Investing).

Facebook is clearly planning something big. What exactly that will be remains to be seen. Stay tuned…

Bitcoin’s anonymous creator, who goes by the name Satoshi Nakamoto, may be working on a “tell-all” book (Deadline). The book would reveal the true identity of Nakamoto and explore the creation of bitcoin, the original cryptocurrency. Several efforts have been made to unmask Nakamoto. But so far, his identity remains a secret.

When equity crowdfunding was legalized, it diversified the investment landscape by giving retail investors the opportunity to invest in startups for the first time. As it turns out, equity crowdfunding is also helping diversify access to capital. Kendrick Nguyen, the CEO of the crowdfunding portal Republic, offered some interesting data points in a podcast (Forbes):

If you look at the number of women founders who represent almost 50/50 of entrepreneurs in the U.S., and the venture capital that goes to women founders is in the single digits in certain years and hovering around 10%, 11% to 14% in some other years, which reflects a great inequality. And on our platform today, as you know, some 45% of capital invested on Republic has gone to teams with a woman founder.

The post Big Investors Gear Up for Bitcoin appeared first on Early Investing.

Where the Best Deals Are

Can Coronavirus Antibody Tests Save the U.S.?