Binance Coin (BNB) has been on a significant surge since the beginning of February. Price action has continued its momentum over the past 24 hours rising by almost 10%. The cryptocurrency has now surged significantly by about 30% over the past seven days.

BNB has been recovering nicely since the precipitous price fall witnessed during November 2018 when price action fell from a high of $9.97 to a low of $4.12 toward the start of December 2018.

Binance Coin is now ranked in 10th position as it currently holds a market cap value of $1.23 billion. It is trading at a price of around $8.70, at the time of writing.

The coin has recently reached resistance at the bearish 0.786 Fibonacci Retracement level (marked in red) located at $8.73 which has caused the pace of the rally to slow up.

Looking at the BNB/USD 1-Day Chart: 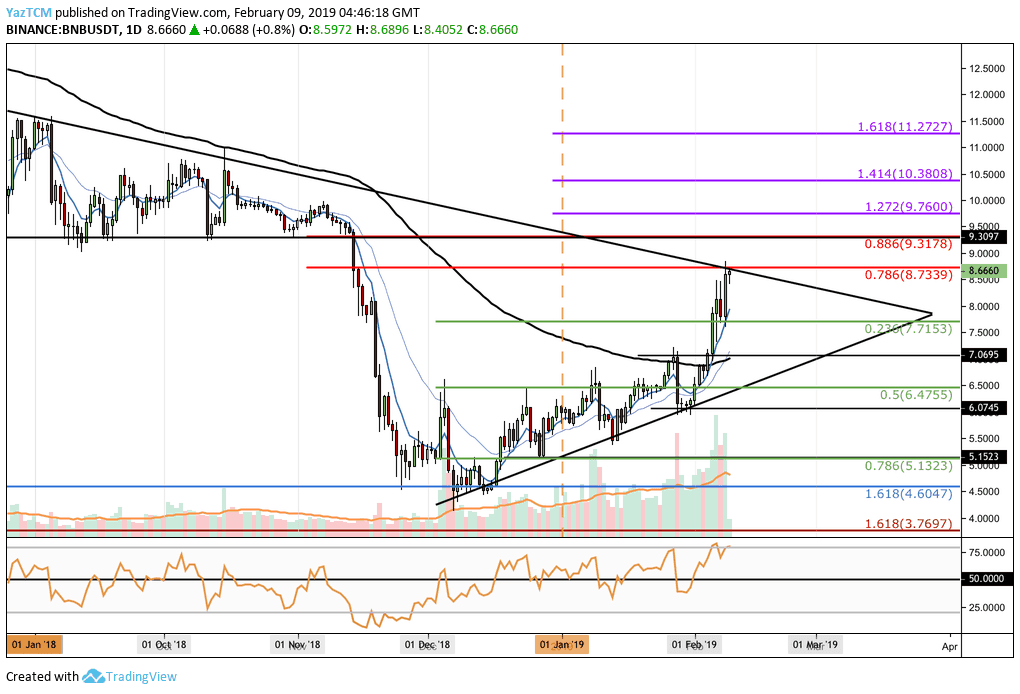 Looking at the BNB/BTC 1-Day Chart: 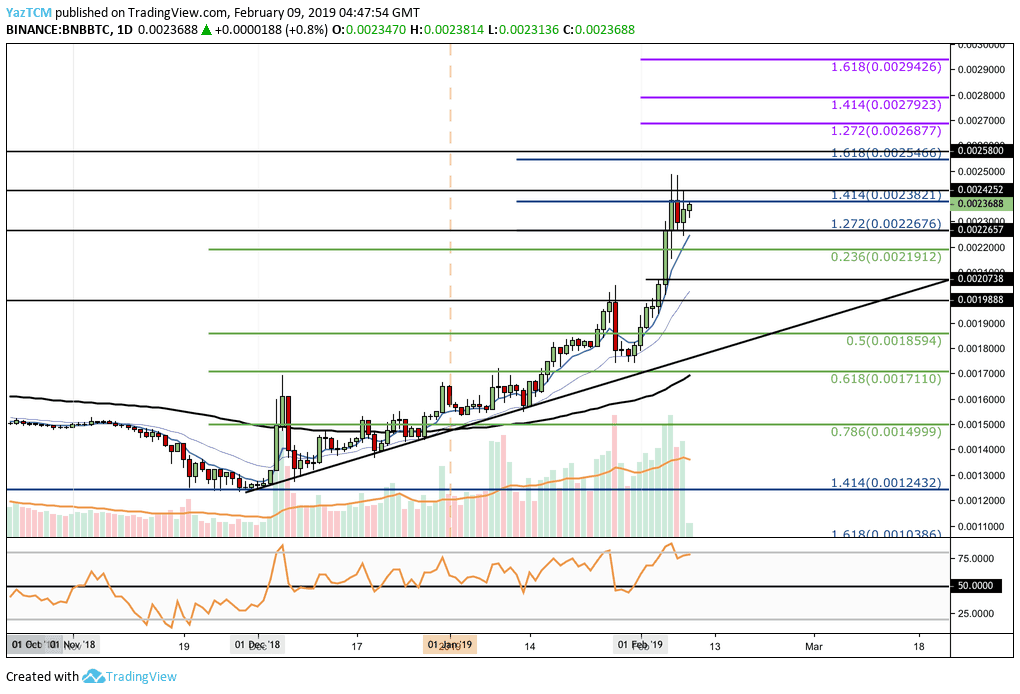