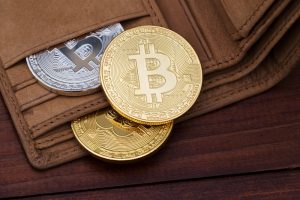 In theory, summer is considered a “slow” news period. That’s especially true in August – when escaping the heat and enjoying the last days of summer are the top priorities. Fortunately for the News Fix – and you, our loyal readers – bitcoin and Elon Musk don’t care about “slow news days.” In fact, they’ve been generating so much news, it’s hard to keep up. Now on to the News Fix!

The markets overreacted to the SEC delaying its decision on a potential VanEck bitcoin ETF (exchange-traded fund) until September 30. I wrote a detailed analysis explaining why for our Crypto Asset Strategies members. The short version is this delay was expected. VanEck is a highly regarded company that manages dozens of ETFs (and billions of dollars in assets). This ETF will likely get approved. It’s just a matter of time.

While the SEC was jogging in place, Intercontinental Exchange (ICE) – the parent company of the New York Stock Exchange – helped bitcoin take two steps forward. ICE, Microsoft and an impressive array of partners in the financial industry are creating a crypto trading platform. The new platform, slated to debut in November, will use bitcoin futures contracts to help institutional investors enter the crypto market (Early Investing).

ICE’s new crypto trading platform is just one part of a massive wave of institutional money that we’re expecting will enter the market soon. Our own Adam Sharp will be talking about this – and how you can profit from it – at a special event in a couple of weeks. We’re still finalizing the details of this event, and we’ll let you know when you can sign up for it.

Intuit, which owns and operates QuickBooks, TurboTax and Mint, has been awarded a patent that allows people to initiate and process bitcoin transactions using text messages.

Intuit hasn’t announced how it plans on working this technology into its products. But the integration of bitcoin with text messages is yet another clear sign that bitcoin is on the path to mainstream acceptance.

Tesla CEO Elon Musk made waves this week when he announced that he wanted to take the company private. Tesla’s board is currently considering the proposal (Bloomberg).

Musk’s announcement created an uproar in the financial communities. But lost in that uproar was the fate of SpaceX. Musk, who is also the founder and CEO of SpaceX, has clearly soured on the public markets. He wants to run his companies the way he sees fit. And he doesn’t like answering to others for his decisions.

That doesn’t bode well for a potential SpaceX IPO. But apparently that’s still a possibility. In May, SpaceX President and COO Gwynne Shotwell said the company wouldn’t go public “until we’re flying regularly to Mars.” She also described regular flights to Mars as a “minimum” requirement for going public. And apparently that thinking hasn’t changed. Despite Musk’s unhappiness with the public markets, the long-term plan for SpaceX is still to go public (CNBC).

Call the News Fix skeptical. Sure, SpaceX is still years away from regular flights to Mars. Its first cargo mission isn’t scheduled until 2022. But expecting Musk to change his tune regarding being a public company – even years from now – seems like a pretty big ask. That’s tough on investors. They’re going to be waiting a long time to see big returns on their investment. And that can’t be fun.

IBM and shipping giant Maersk just did the impossible. The two blue chip companies just successfully launched a blockchain project with little fanfare. The product, called TradeLens, is designed to streamline the volume of documentation and paperwork involved in international shipping. It has three parts:

The blockchain, which provides a mechanism for tracking goods from factory or field to delivery, APIs for others to build new applications on top of the platform these two companies have built, and a set of standards to facilitate data sharing among the different entities in the workflow such as customs, ports and shipping companies (TechCrunch).

That’s a great start for an important blockchain project. Let’s hope it continues to do well.

How to Get the Most Out of Your AngelList Account

The One Thing All Good Founders Have in Common

Investors Should Avoid Getting Hertz

Another US City Imposes a Moratorium on Crypto Mining