Bitcoin price had a wild weekend: After losing the $6,000 support, Bitcoin plunged onto the next mentioned support level, and since then, saw a decent come-back to the price area the plunge started from. To conclude this, it was a wild ride going back to the same destination.

Following our most recent price analysis, we mentioned that ‘new lows’ below $6K are coming up soon. This weekend saw BTC recording $5850 as the current new weekly low, and it’s not a coincidence.

On a macro-level, we will have to see Bitcoin establishing its price above the latter – $7168 – in order to overcome the price plunge from the night of March 12. Until then, the short-term trend is bearish, in my opinion.

Two keys to keep in mind – the volatility is enormous, so caution and broader stop-loss commands are needed. Another thing is the way global markets affect Bitcoin. The markets are volatile as well, and we still see correlation between the two from time to time.

– Support/Resistance levels: After testing the $5900 and finding support there, Bitcoin is back facing the $6300 – $6400 price range (together with the 4-hour MA-50 pink line) as the first level of resistance.

In case of a break-up, then the next resistance level will be the descending trend-line on the following 4-hour chart, currently around $6550. Further above lies $6800 – $6900.

– The RSI Indicator: The RSI found support as well, around the 38 RSI level. However, to think bullish, the RSI will have to go through a higher low above the critical 50 mark.

– Trading volume: The real volume is (still) not here, following 17 days of declining volume, since the rough night of March 12. This can also be explained because of the weekend. I expect some decent volume this week to follow the price action. 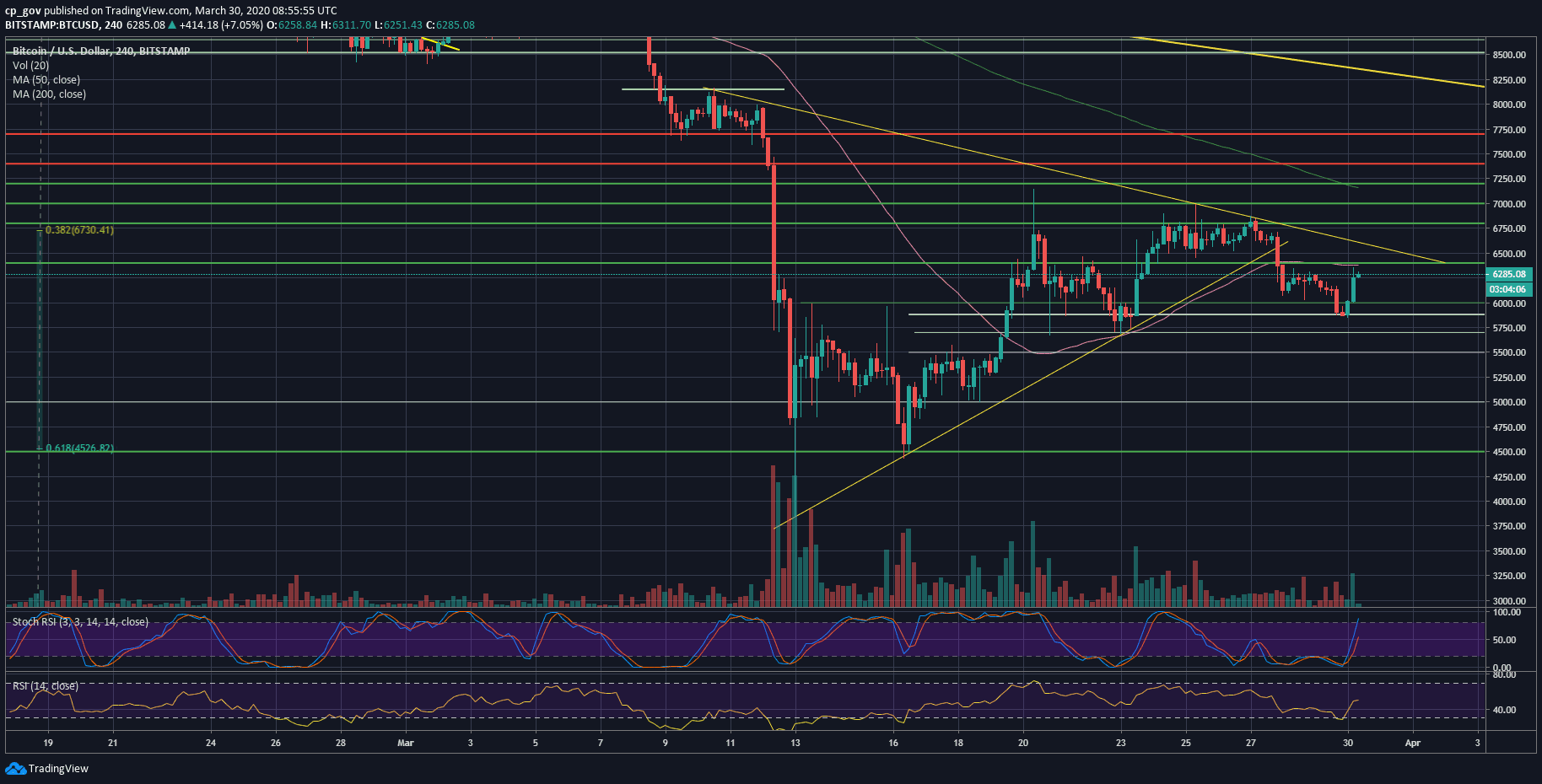 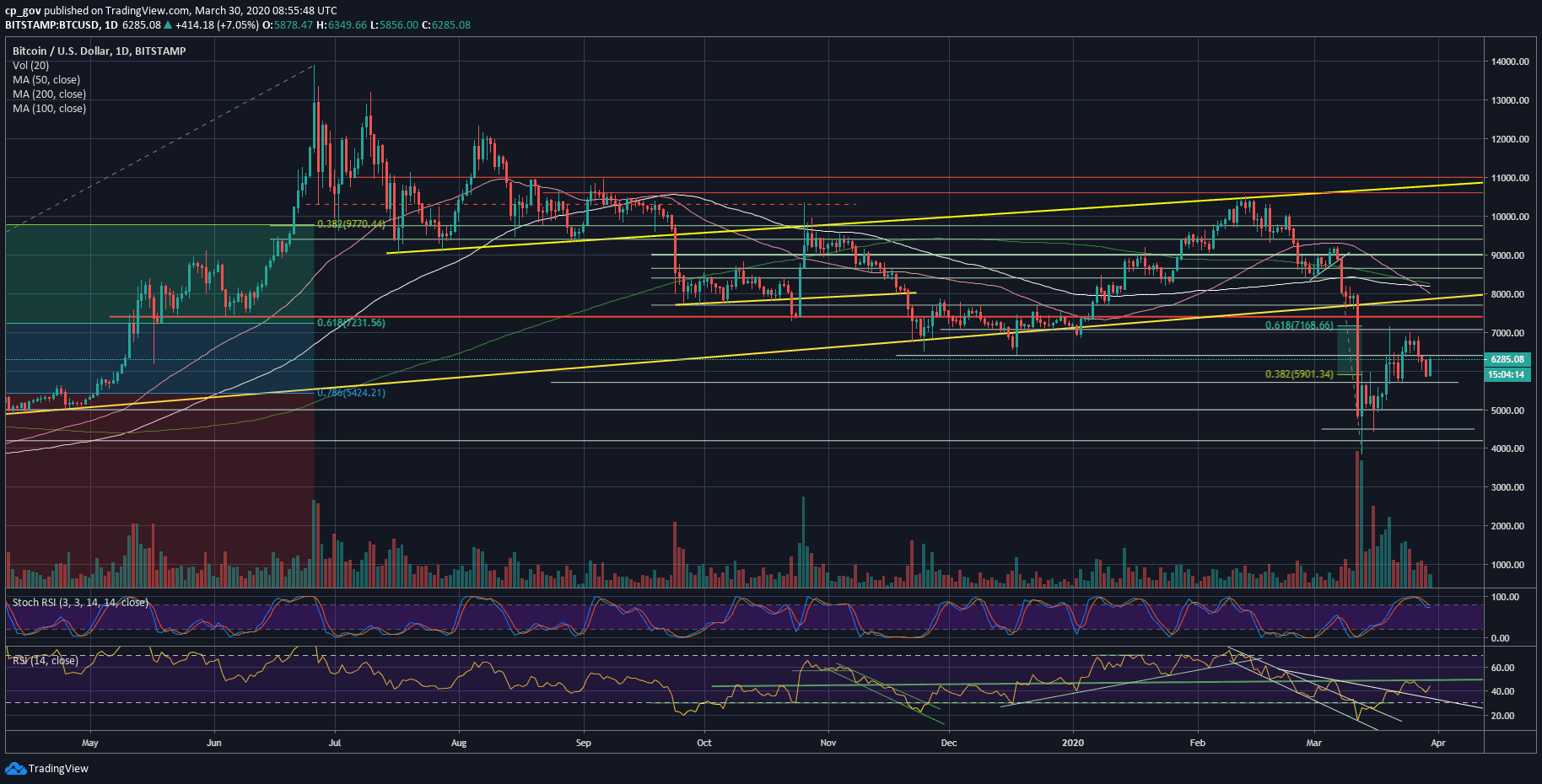 6 Reasons Why Coronavirus Will Carry The World Into Next Global Financial Crisis After 2008
NASDAQ slides 4.5%: How is Bitcoin likely to behave in this looming crisis?
DeFi Yield Protocol (DYP): All in One Platform Yielding Benefits
TRON CEO, Justin Sun, Mocks Recent Ethereum’s Poor Performance: the Crypto Community is not Impressed
After BTC’s $2K Crash in Two Days, Will This Level Stop the Bloodbath? (Bitcoin Price Analysis)
Bitcoin 2 Pumps Over 5,000% Gaining Top 25 Market Cap Spot
Diversity among crypto holders increasing, 1 in 5 are female
Son of Former Nissan CEO Paid $500,000 in Crypto to Arrange Escape