Bitcoin doesn’t like to stay so long at one spot. The more it does remain, the sharper the next move will be.

A price drop followed this major move down to $7000, and then a stabilization inside a tight range, like Bitcoin was used to do in the past month.

This time the range is so tight, roughly between $7100 to $7200. The range is holding the price for the past three days.

In the micro-level, we can identify a bullish triangle on the 4-hour timeframe; but anything can change. The only thing we predict is a huge move which is likely to take place in the next 1-2 days, probably as the CME and CBOE start their trading week on Monday morning US time.

– Support/Resistance: Looking at the following 4-hour chart, we can see that the first resistance level is the top of the mini bullish triangle, at around $7200.

In case Bitcoin does break-up, then the next resistance level should be the $7300 – $7400 zone, which is combined of the weekly high (from Wednesday), the MA-100 line (marked light green on the 4-hour chart), and a significant resistance area from the recent past.

– The RSI Indicator: Over the past three days, the RSI indicator is also ‘stuck’ at the 44-45 resistance level. This is a 2-month-old resistance. A decision here will be made whether the RSI will overcome the resistance or get rejected back down.

Despite the neutral RSI, the Stochastic RSI oscillator is about to make a bearish crossover at the overbought territory. This supports a price drop. However, anything can still be changed.

– Trading volume: The trading volume is also anticipating the huge move, as the volume’s declining over the past four days. 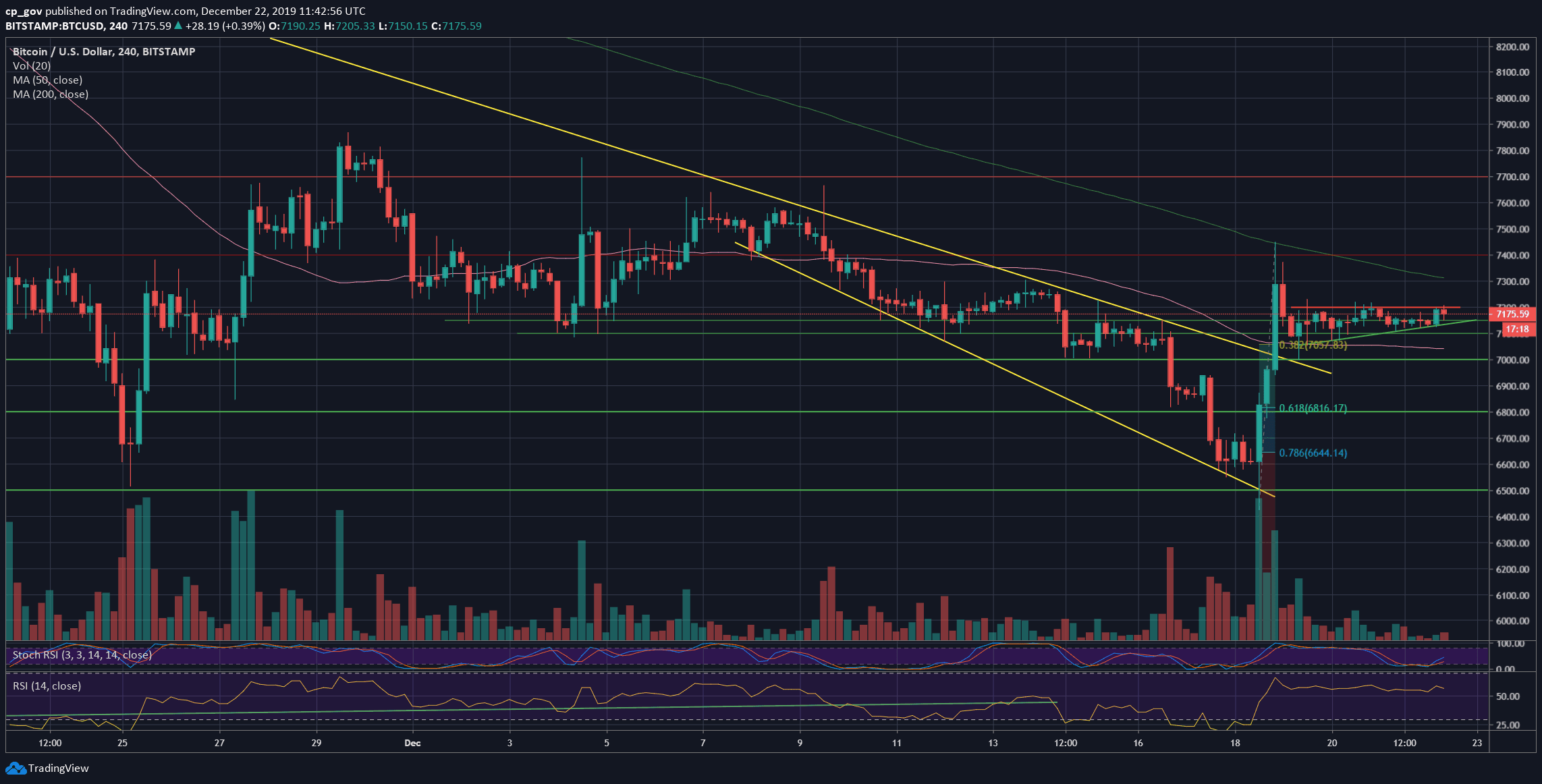 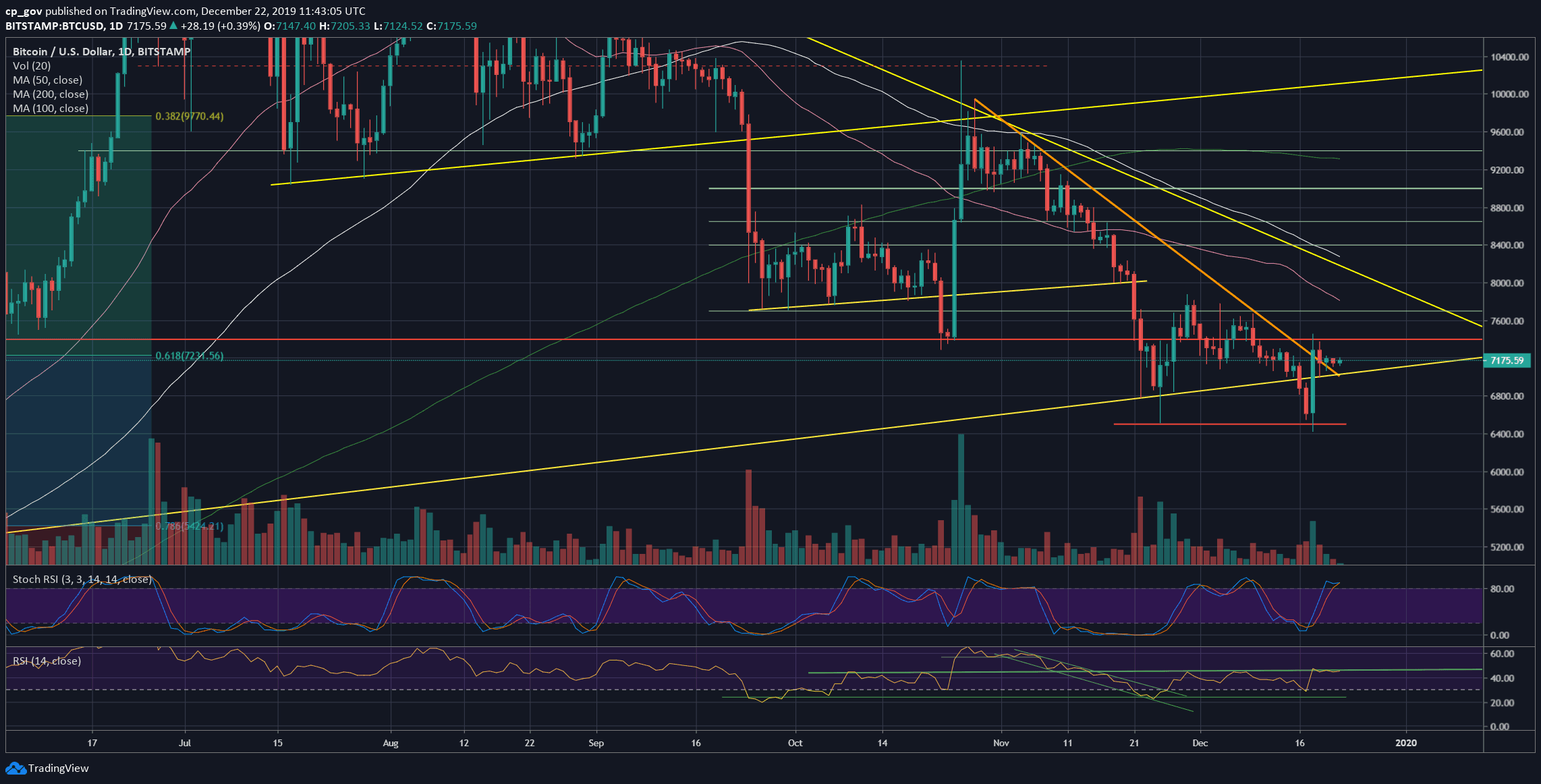 The post Bitcoin Price ‘Stuck’ For 3 Days – The Calm Before The Huge Storm? (BTC Price Analysis) appeared first on CryptoPotato.

Is Binance – US Clash The Reason Why The Anonymous Beam & Grin Gained Over 80% This Week?

Which Coins Will Likely To Be Affected By The Binance Shutdown By The US? List Inside

Why Quantum Computing’s Threat to Crypto May Be Further out Than Previously... Boerse Stuttgart and SBI Partner to Expand Crypto Services in Europe and As...
Scroll to top