The last seven days were relatively calm when it comes to Bitcoin as it marks a slight decrease of less than 1%. However, on June 15th, the price dropped to about $9,000, but it managed to recover very quickly and has traded in a narrow range since.

Overall retail interest in the asset seems to be decreasing as Bitcoin recorded the lowest number of searches in the past three months, data from Google Trends revealed.

The asset remains mostly correlated with legacy markets, but the latter appears to be catching some speed. The NASDAQ Composite index marked an all-time high on June 10th and is currently trading slightly below that. The same is true for Nasdaq 100. The S&P 500 is also very close to its former highs before the March declines as it trades only 5% below it.

Nevertheless, the week wasn’t short of exciting developments. Ubisoft released a new Ethereum-based collectible game to support UNICEF campaigns, while one of Japan’s largest banks, Nomura, partnered with Ledger to offer Bitcoin custody to its clients.

At the same time, an unpublished book by John Bolton, the former national security advisor in President Trump’s administration, revealed that the latter told Secretary Mnuchin to go after Bitcoin as far back as 2018.

As we reported earlier today, there’s probably a huge move coming for Bitcoin as it’s forming a symmetrical triangle on the lower time frames. The following days should be very exciting. 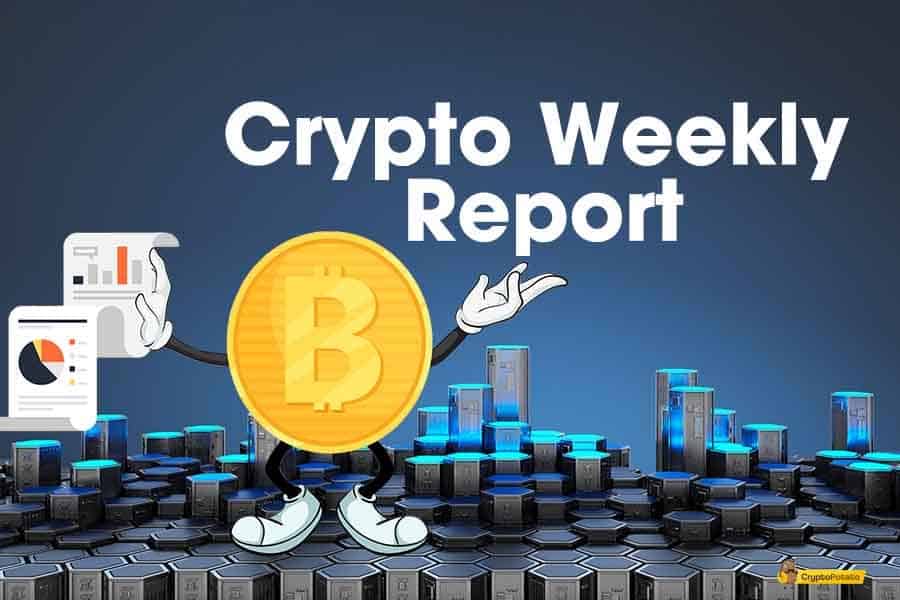 The Mystery Unveiled: The Exchange That Sent The $5 Million Ethereum Fees Transactions. According to a popular blockchain security company, the sender of the two Ethereum transactions with over $5 million of fees was a small South Korean cryptocurrency exchange that pays little to no attention to its overall security protocols.

South Korea Should Tax Cryptocurrency Trading Profits, Says Finance Minister. A local report from South Korea indicated that the country’s Minister of Finance and Economy thinks that they should impose a tax on cryptocurrency trading and investing. He also added that South Korea has been discussing a new digital law with other countries.

CZ Highlights Anti-Addiction Notice After a 20-Year Old Committed Suicide For Losing $730K On Robinhood. The CEO of Binance, Changpeng Zhao, highlighted the responsibility that exchanges carry toward their users in relation to anti-addiction notices. This came shortly after a 20-year old tragically took his own life after losing $730,000 investing on Robinhood.

President Trump Told Secretary Mnuchin To Go After Bitcoin in 2018, Bolton’s Book Reportedly Reads. The President of the United States, Donald Trump, has ordered Secretary Mnuchin to “go after Bitcoin” as early as mid-2018. That’s according to an unpublished book by Trump’s former national security advisor, John Bolton.

Former US CFTC Chair Giancarlo Says Ripple (XRP) Is Not a Security, But There’s a Catch. The former Chairman of the US Commodity Futures Trading Commission, J. Christopher Giancarlo, has stated that Ripple’s XRP doesn’t meet the regulatory definition of a security. It’s worth noting, though, that his firm has represented Ripple in the past.

After COVID-19 And The Halving, Bitcoin Now Records Its Lowest Interest Level In 3 Months. Data from Google Trends reveals that Bitcoin has recorded its lowest interest level in the past three months, following the COVID-19 pandemic and the third halving. Apparently, interest in the cryptocurrency is currently fading away.

This week we have a chart analysis of Bitcoin, Ethereum, Ripple, Crypto.com, and Stellar – click here for the full price analysis.