For all the positive qualities of Cryptocurrencies, mining operations remain an energy intensive and environmentally unfriendly process.  In fact, the power required for worldwide crypto-mining activities has increased fivefold in less than a year, reaching an amount high enough to sustain the energy requirements of whole countries such as Peru, Portugal or Israel. This figure is growing exponentially, and is expected to double in the next twelve months, up to 150 TWh/year, as much as the yearly energy consumption of the entire Netherlands.

To solve this problem, Bitmainer is developing an ecosystem that enables users to mine cryptocurrencies using renewable energy, while benefiting from mining contracts by holding BMF tokens.

The companies sustainable energy solution is based on 4 pillars: 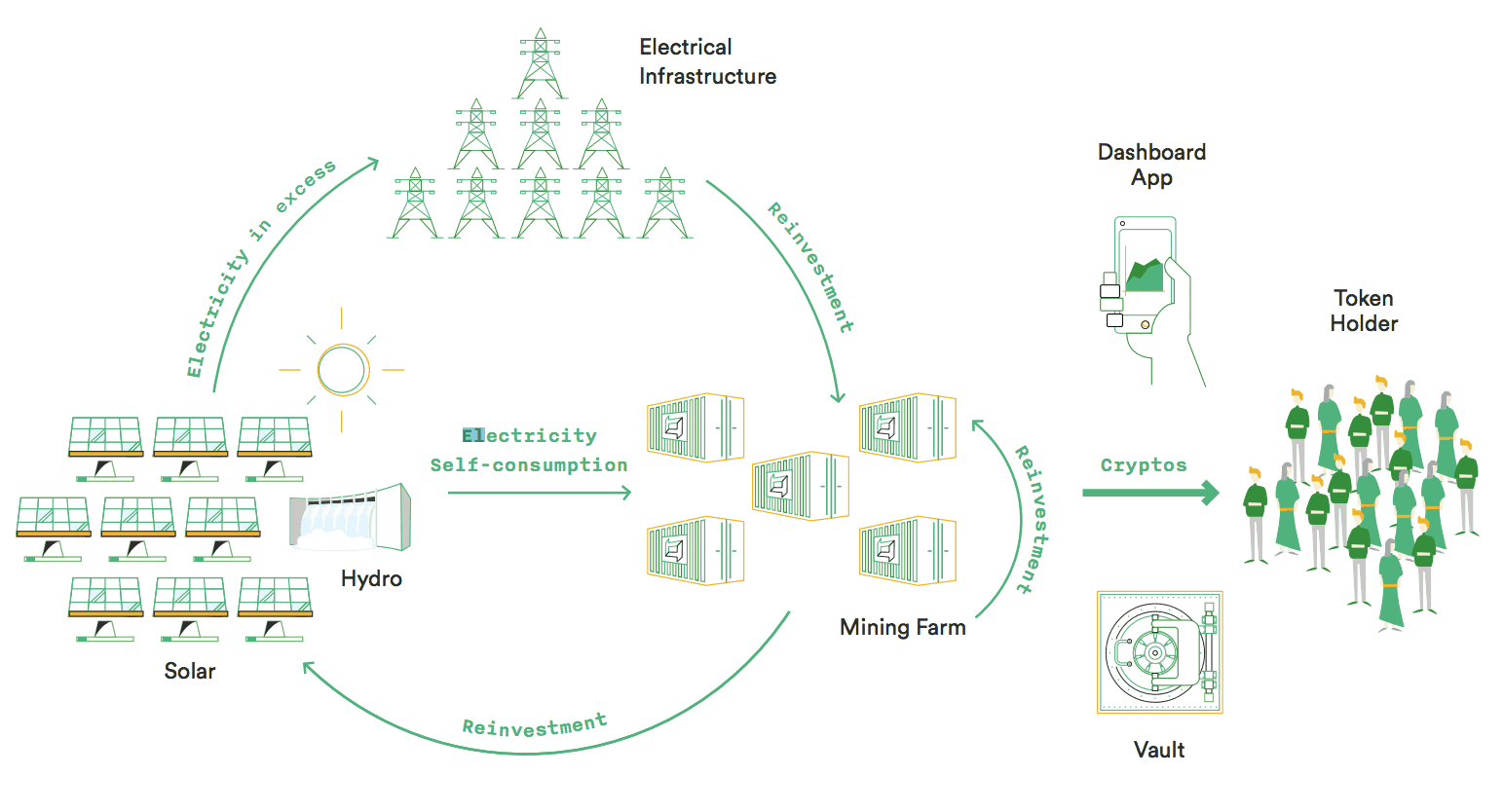 Bitminer Factory launched their ICO — Initial Contract Offering on the 21st of July, with a plan to raise a Soft cap of $500K and a Hard cap of $100M. The company has  already sold 1.5M BMF tokens, (equivalent to ~ 3330 ETH) in a Private Sale that was completed on June 20th.

BMF is an ERC-20 token built on the ETH platform. It represents a Mining Contract between Token Holders and Bitminer Factory. Each BMF entitles the Token Holders to the following contractual rights: 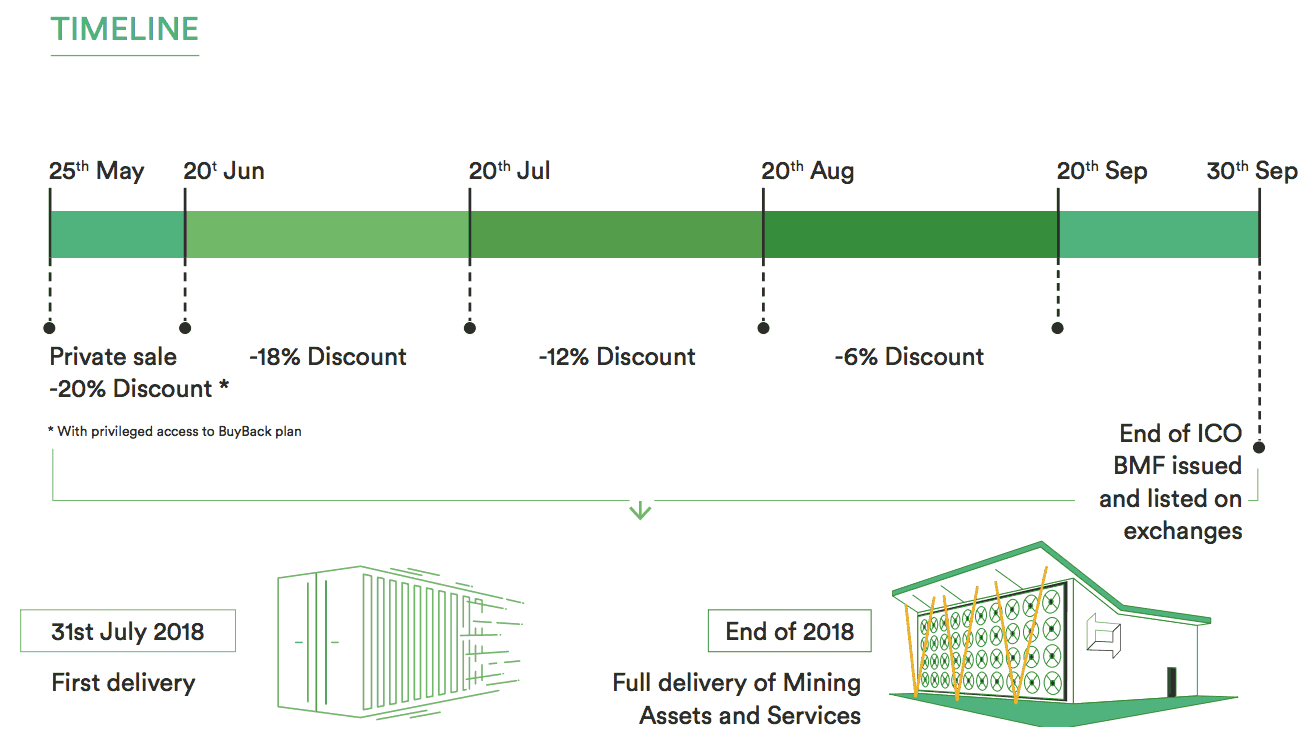 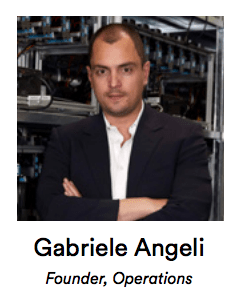 Gabriele Angeli, Founder, has a longstanding experience as a general contractor in the Oil & Gas and renewable energy industry, where his family business, Angeli Group (www.angelicostruzioni.it) has been working for large corporates worldwide for over 50 years. 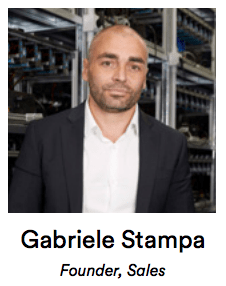 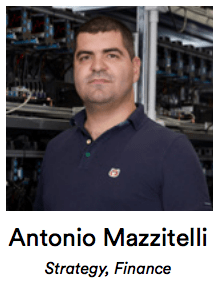 Antonio Mazzitelli joined Gabriele A., Gabriele S. and Carlo to help them grow Bitminer Factory, by both improving the current business and assist the launch of this ICO. Antonio has 8+ years experience in Venture Capital and Solar Project Development; he worked on investments in hi-tech start-ups and 100+MWp solar projects pipeline in Italy and UK.

Bitminer is a company being developed under Angeli’s Group, the largest industrial crypto-mining group in Italy. The company has played a dominant role in the energy industry for over 40 years, forging partnerships with over 20 collaborators and generating more than €3M in revenues. Through Bitminer, Angeli’s Group aim to make Blockchain technology more sustainable, using renewable energy to mine cryptocurrencies, while sharing the benefits with BMF token holders.

With an established company, qualified team and sophisticated token model that delivers a strong ROI for running energy conscious mining operations, Bitminer looks like a promising project for the future of cryptocurrency mining.

How Does Bitcoins Rise Affect The Altcoins?

Bitcoin’s Consolidation To End-Up In a Huge Weekend Move?

Ripple XRP Is Now a Base-pair on Binance: What Does This Mean For the Future of ‘The Standard’?

Sharing Economy Companies Are Set to Be Disrupted by Blockchain