So is the continuation of bullish momentum likely? Let’s look at the charts to see what could occur next. 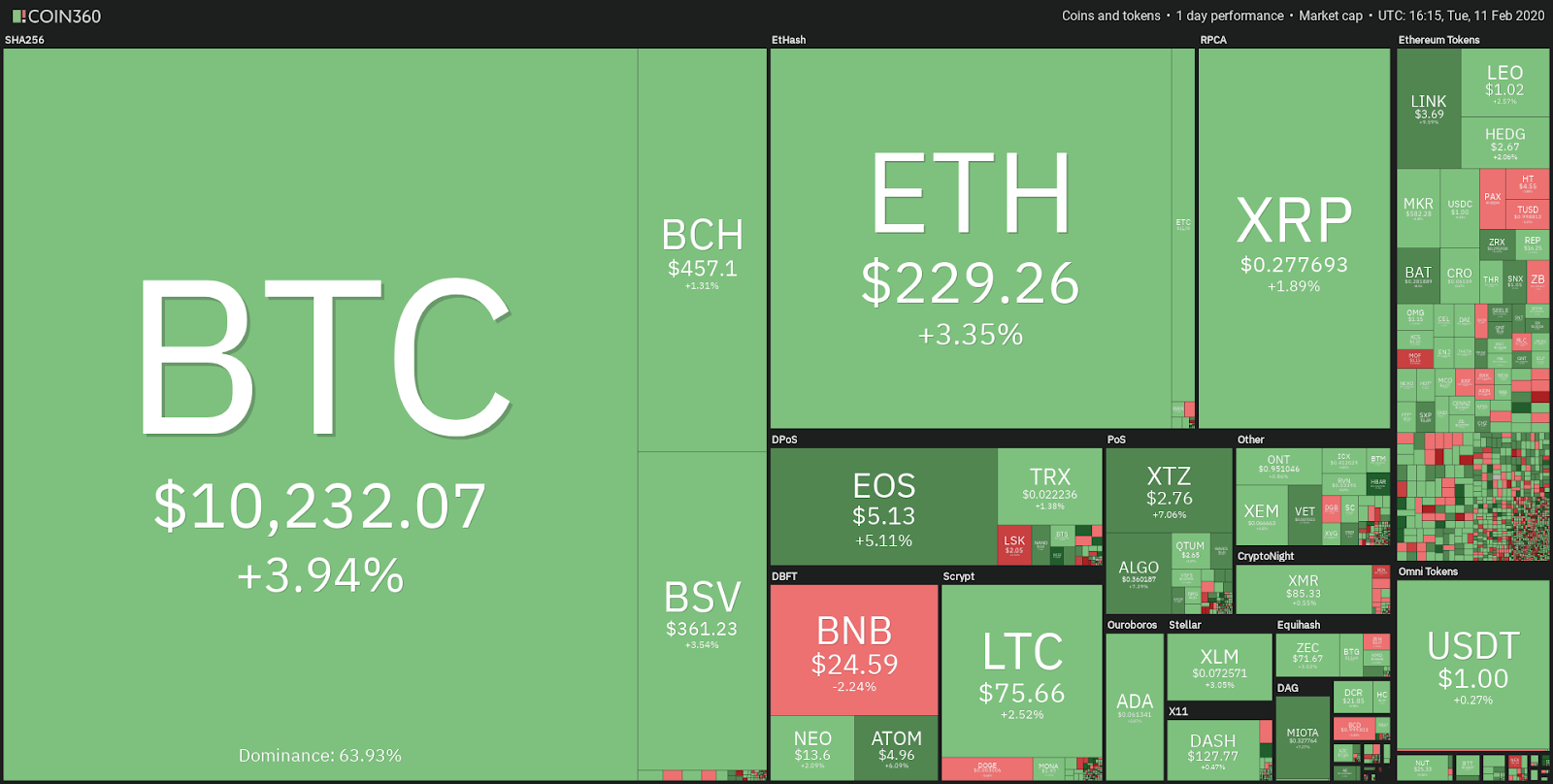 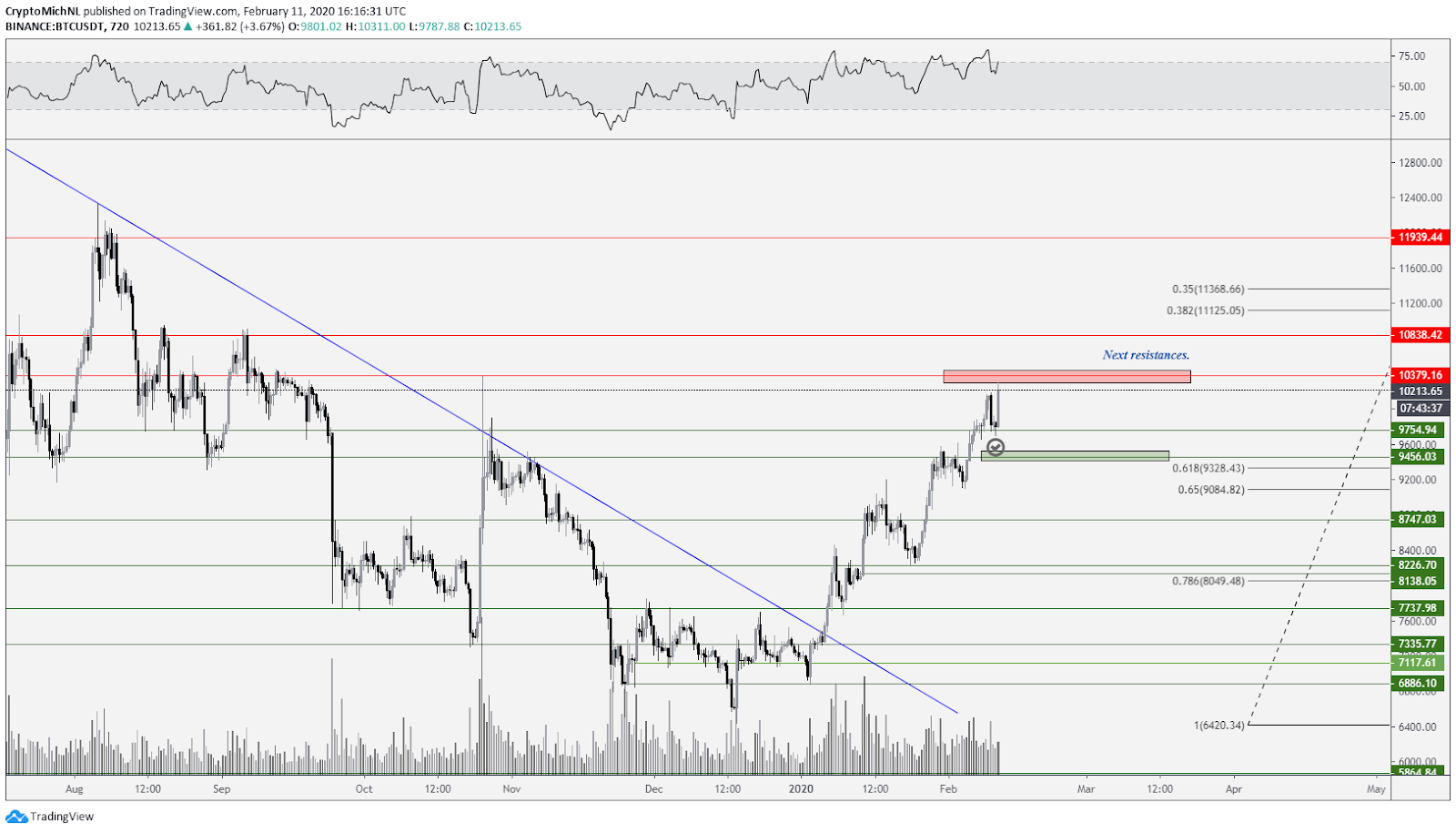 Many Bitcoin traders were waiting for the price to drop to the support at $9,500 but this was not to be. Instead of dropping further, the price stabilized at the $9,750 level and continued its upward momentum.

Does this mean that continuation is likely? The current price action still looks slightly and Bitcoin didn’t break above the next massive resistance.

Nevertheless, it’s a great sign that the $9,500 level was cleared as that was a significant resistance for upwards continuation. However, the next hurdle is the $10,400 area where Bitcoin currently finds resistance.

Through that, a range is defined, which is found in the following chart. 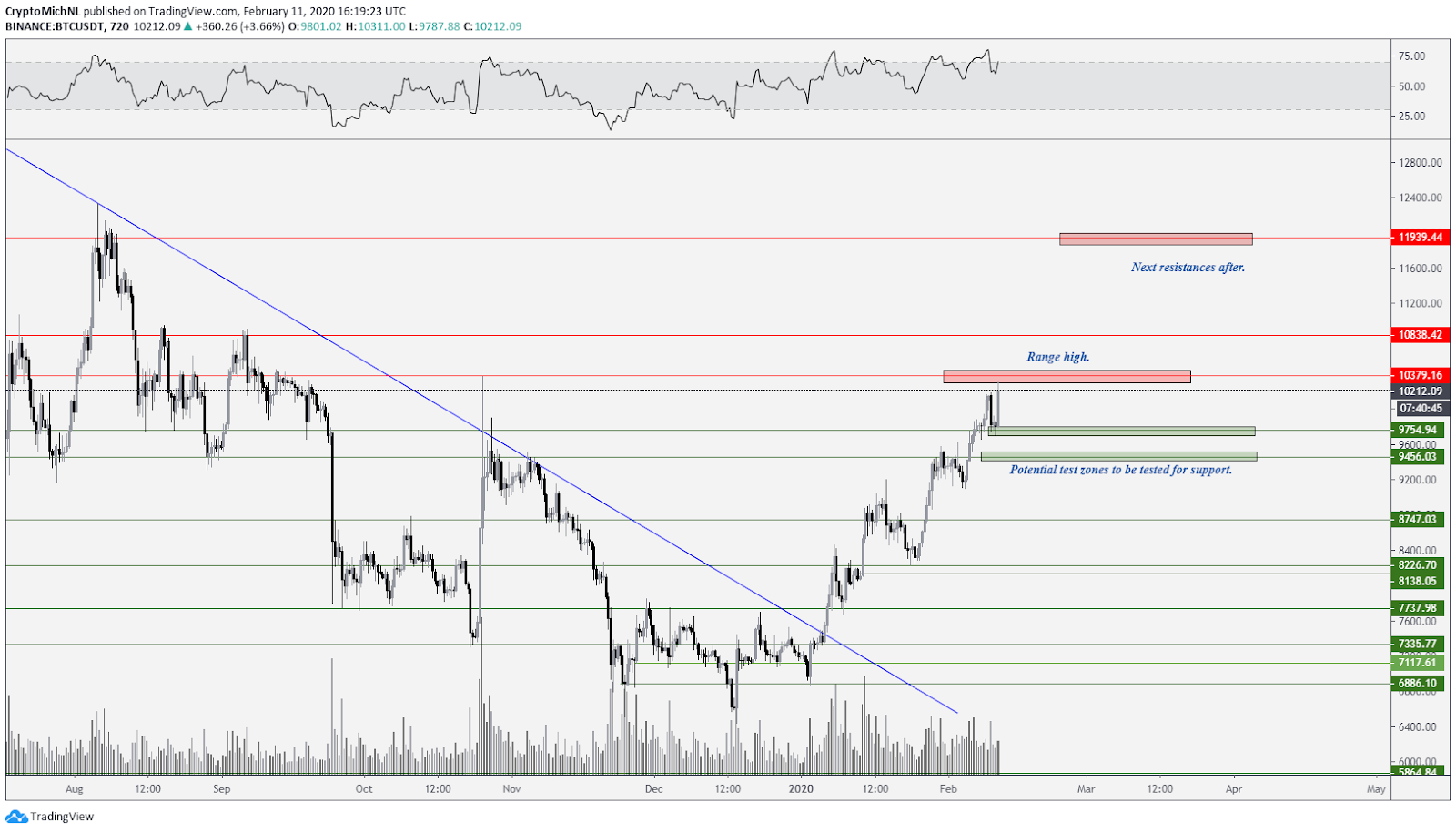 Such a test would also mean that the price is going to consolidate for a while. Consolidation at this level would imply re-accumulation before the continuation of the upward trend. 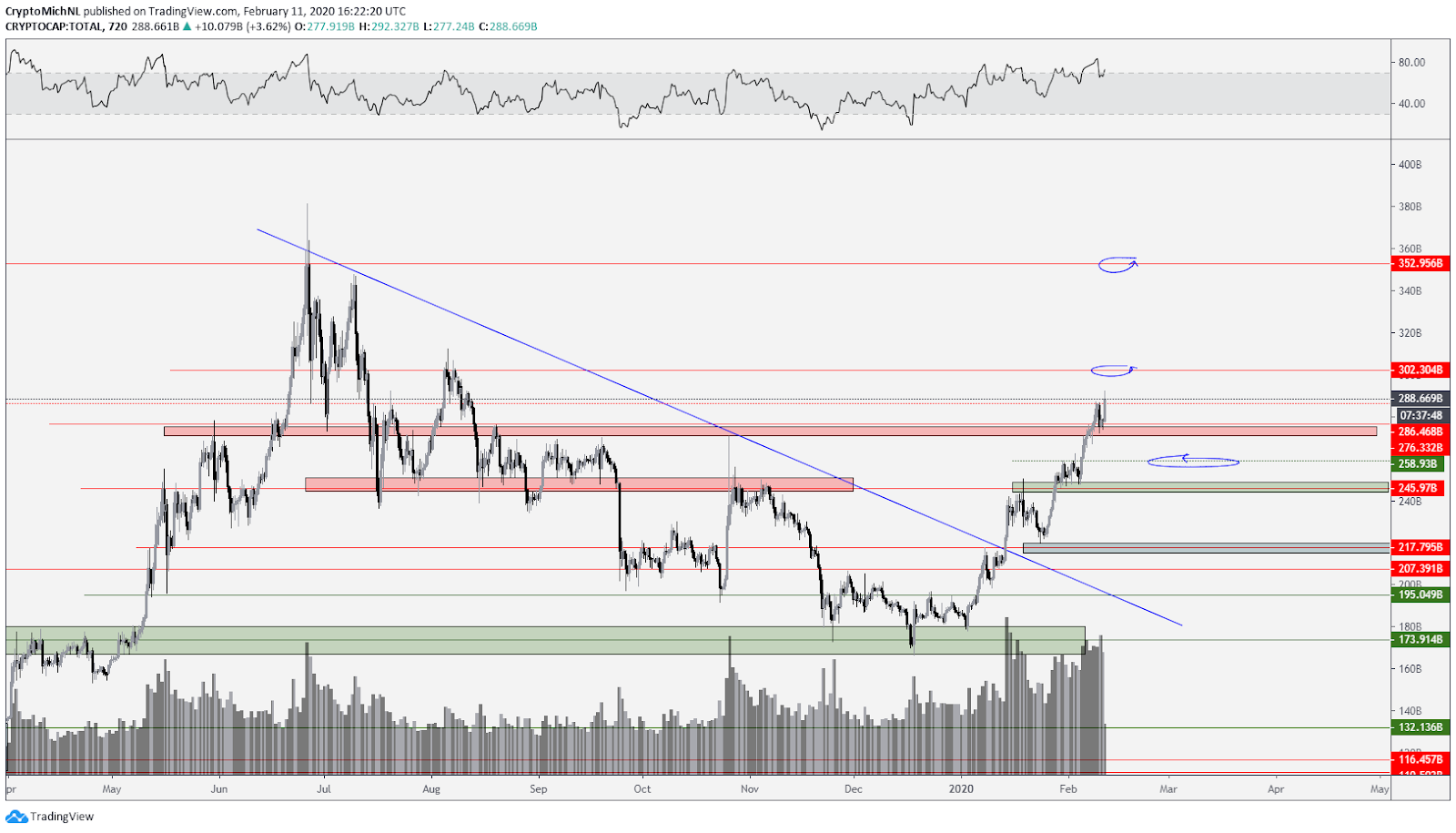 The chart is showing a clear support/resistance flip at $245 billion, after which the market capitalization continued to rally upwards. The next target area is found at $285 billion and $300 billion.

A retest of $260 billion was likely to occur, but the market didn’t give such a retest as $275 billion became support.

This gives the impression that…