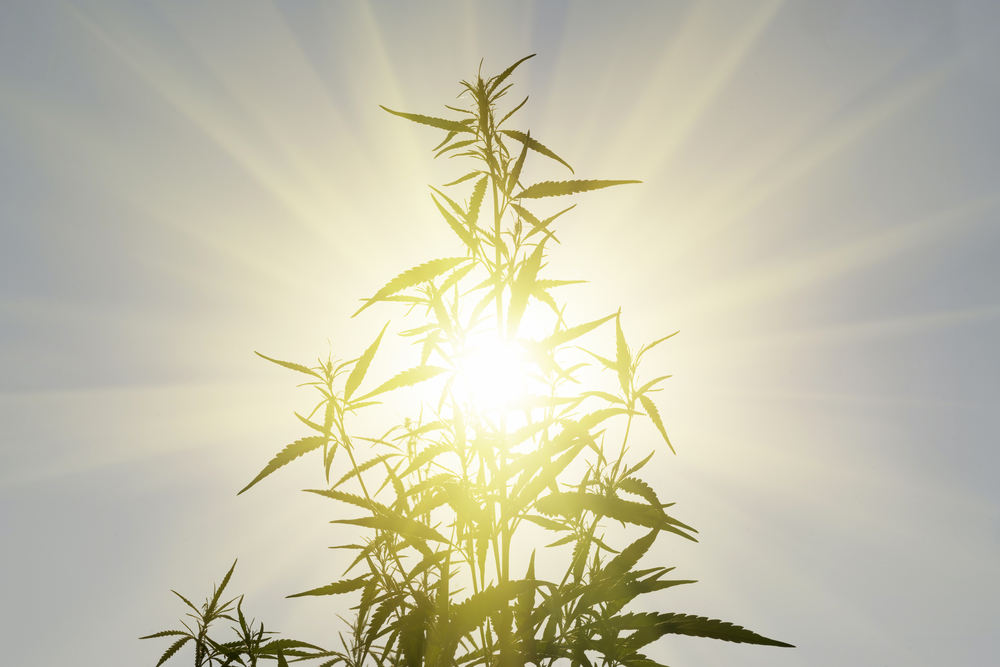 Pot stocks are having a rough time. Many are down 50% or more from recent highs.

But the industry is doing great. Legal cannabis sales are booming. Retail sales are set to grow 35% in the U.S. this year, according to Marijuana Business Daily.

And this industry is changing millions of lives for the better.

Lucy Stafford’s is one of them. Lucy is a 19-year-old with a rare genetic condition that affects her joints. Lucy wrote about her condition for Sky News:

As part of my condition, I dislocate my joints very easily without trauma. So I can dislocate my shoulder by brushing my hair, or dislocate my hip by rolling over in bed – causing a huge amount of pain.

Since I was around 10 years old I’ve had a range of different surgeries, injections and treatments to try and manage the different aspects of my condition, because it affects so much of my body.

From the age of 13 I was prescribed opiates, and I basically took opiates every single day because my pain was so debilitating.

Predictably, she became hooked on painkillers, even though she says they didn’t work well at all. She had to drop out of high school and use a feeding tube for three years due to severe stomach problems.

Eventually, her doctor tried to prescribe her cannabis, but the National Health Service (the U.K.’s healthcare service) denied her funding. Desperate, Lucy turned to the black market and finally found relief for her condition with cannabis (emphasis mine)…

I was at such a point of desperation I medicated with illegal cannabis and it made such a massive difference to my quality of life.

I pretty much straight away realised that all the medication I had been taking for years and years had been doing basically nothing – and I came off all of them as soon as I could.

Once I came off those medications I felt like I had my brain back again.

I felt like I could think and didn’t feel absolutely exhausted and drained from all of these drugs I was having to take to manage the pain.

I had finally found something that was a muscle relaxant and a pain relief, and also helped my digestive system, bladder spasms and every aspect of my condition unlike anything else.

I came off all medications and had my feeding tube removed earlier this year.

It has literally been the most incredible, unbelievable and unexpected year of my life.

I take cannabis oils throughout the day as a baseline and then I take it in a vaporiser for acute pain relief. So when I dislocate something or in extreme pain, I will vaporise.

There are millions of people with stories like Lucy’s out there. I personally know a bunch of people with similar stories. Eventually, government healthcare systems will recognize the extreme value cannabis can offer these patients. And the insurers will pay for it too.

We’re still very early in the growth of medical marijuana. Cannabis isn’t even covered by insurance yet! And it’s probably the most effective and least harmful treatment around.

Cannabis has shown promise in treating an amazing number of conditions. One of the most fascinating studies I’ve seen yet was conducted in Israel. It studied the effect of cannabis extract on children with autism spectrum disorder (ASD).

Researchers gave patients a cannabis extract daily for six months. It contained a small amount of THC and a larger amount of CBD. At the end of the study, the responses of 93 patients were assessed. And the results were remarkable. As The Times of Israelreported:

The study found that after six months of regular consumption, 30% of patients reported significant improvement, 53.7% reported moderate improvement and only 15% had slight or no change.

… Following the treatment, 66.8% of patients reported having a good quality of life, more than double the 31.3% who reported so beforehand, while 63.5% said they had a positive mood after the six months, up from 42%.

Twenty-five percent of patients reported a side effect, with the most common being restlessness. Other side effects included sleepiness, hunger, digestion problems and lack of appetite. The study noted the medication was well tolerated, safe and seemingly effective.

It’s clear to me that we are just beginning to understand the cannabis plant. We’ve just started studying it. And there are now thousands of professional growers selectively breeding cannabis plants for specific traits and cannabinoids. Hundreds of different compounds within the cannabis plant are being studied and explored for medical potential.

We’re going to see incredible progress and innovation in this industry over the coming years. I’ll be staying long and buying the big dips as opportunities present themselves.

What VC Gets Wrong About Crowdfunding

How Many Startup Investments Are Enough?