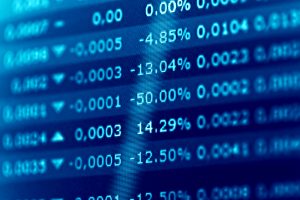 For the past nine years, making money in stocks has been relatively easy, with the market seeing a remarkably smooth and steady rise in equity prices.

This didn’t happen by accident. The Federal Reserve knew exactly what it was doing by buying trillions in bonds and lowering interest rates to zero.

The strategy was an outgrowth of the last financial crash. The Fed determined that it needed to create a “wealth effect” to save the economy.

Ben Bernanke, the former chairman of the Federal Reserve, outlined the goals in a 2010 editorial for The Washington Post.

The goal was to artificially inflate asset prices, which would lead to higher confidence and more spending.

And it worked. Borrowing costs plummeted. Prices of stocks, bonds and housing rose. And many companies that should have gone out of business did not.

Today we find ourselves in a tough spot. It’s time to remove the proverbial punch bowl from the party. Rates are finally rising and should normalize within the next few years.

We’re starting to see the reality of what this means for markets.

Earlier this year, the average yield on a 10-year U.S. bond surpassed the S&P 500 dividend payout. This means bonds have finally reached a point where they compete with the stock market yield.

As a result, market volatility is back with a vengeance.

What does this mean for investors?

Stocks will no longer go straight up. And making money in public markets is about to get harder.

Long term, this is a good thing. Markets shouldn’t go straight up across the board. Such price action is unsustainable and comes at a steep cost.

A Stock Picker’s Market Once Again?

Over the last 15 years, passive (index) investments such as the S&P 500 have trounced actively managed funds (stock pickers).

Here’s a look at just how dramatically active funds have underperformed, courtesy of Mark Hulbert at MarketWatch:

Over the last 15 years, 92.2% of large-cap funds lagged a simple S&P 500 index fund. The percentages of mid-cap and small-cap funds lagging their benchmarks were even higher: 95.4% and 93.2%, respectively.

The Fed’s artificially low interest rate policies played a major role in this. It distorted the entire economy and rewarded reckless borrowers.

Companies like Ford, which smartly raised $23 billion in 2006 as “a cushion to protect for a recession or other unexpected event,” were essentially punished for their preparedness.

Ford’s chief U.S. rivals, GM and Chrysler, were bailed out to the tune of $80 billion. (The government lost around $10 billion on the deals.)

Ford shareholders should have been rewarded for the company’s prudence. Ford should have had the opportunity to buy assets from rivals at fire-sale prices. But it never got that chance.

It wasn’t just the auto industry either. Low interest rates saved countless companies that should have gone out of business.

Our entire economy was distorted.

How in the world was a stock picker expected to operate in such an environment? These massive government interventions made it extra difficult to pick winners.

This is why I believe the return of volatility (and more normal interest rates) could be the best thing that’s happened to stock pickers in decades.

It’s likely that stocks overall will fall or trade sideways as rates normalize.

In such a market, finding winners means finding stocks with catalysts so strong, they can buck the overall market trend.

I think stock pickers are about to become more important than ever.

The Fight Over Data Ownership Has Just Begun

Startups to the Rescue