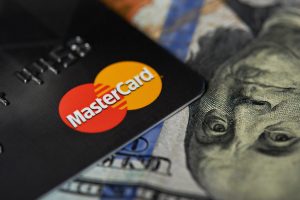 The big story this week was Wednesday’s “crypto double-header” – a pair of Congressional hearings that explored what U.S. policy for cryptocurrencies should be.

I covered the hearings in person. And as I noted yesterday, the big takeaway is the crypto industry – and the government to a certain degree – is settling on a remarkably pragmatic (and novel) approach to regulating cryptocurrencies. If Congress actually creates a new asset class for digital currencies (part security, part commodity), the industry will be in a very good place.

What I didn’t report yesterday was some of the weird insider stuff that happened at the hearings. I saved that for our loyal News Fix readers.

Tilray, a Canadian medical marijuana company, went public on the Nasdaq this week. That makes it the first pure cannabis play to have an initial public offering in the United States (CNBC). As Adam Sharp noted last week, marijuana is going to turn into a booming business in the U.S. and Canada (Early Investing).

Tilray’s IPO came in at $17 a share, giving it a valuation north of $1.5 billion. According to CNBC, Tilray CEO Brendan Kennedy says “we’ll end up with smoking being about 10% [of cannabis consumption] and all the other products being 90%.”

Mastercard is getting into the crypto game. It’s patented “a method that would manage ‘fractional reserves of blockchain currency (CNBC).’” Eventually, this patent will allow Mastercard users to buy and pay for goods with bitcoin instead of dollars and other forms of fiat currency.

This news sent the price of bitcoin soaring past the $7,000 mark this week. As of this writing, bitcoin is trading at $7,409.05, according to CoinMarketCap.

IBM may launch its own cryptocurrency

IBM is considering creating a stablecoin for use in its own blockchain platform. The company currently uses stellar as its payment method. The new cryptocurrency would be pegged to the dollar in an effort to make it more stable and usable for payments (Fortune).

This is great news for cryptocurrencies. IBM entering this space is another key step to legitimizing the industry for mainstream and institutional investors.

Gold may be competing with bitcoin

And finally, the News Fix is a bit obsessed with gold these days. A few weeks ago, we reported on gold’s slumping prices (Early Investing). The price of gold has dropped even further since then. And now a cryptocurrency expert is saying 5% to 10% of the money usually invested in gold will eventually be invested in bitcoin (CNBC).

Bitcoin and gold are both hedges against the current economic system. But the bitcoin market isn’t big enough to draw accurate price and market comparisons with gold – yet. That will change over time. And it will be interesting to see what happens.

Big Opportunity for Insurance Industry to Get into Bitcoin, Says Allianz
Scroll to top