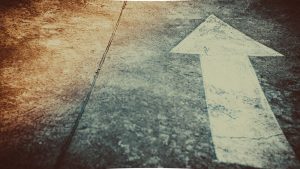 Despite the recent pullback in crypto prices, amazing things are happening behind the scenes.

Blockchain entrepreneurs and coders are hard at work building the infrastructure necessary for a robust alternative financial system.

This tech may allow bitcoin to compete with traditional payment processors such as Visa and PayPal. It will take time to perfect this new payment network, but LN has the potential to revolutionize how cryptocurrency is used. Many other coins have announced plans to build similar improvements.

Binance launched only last year, but it has become the highest-volume crypto exchange in the world, with trading volume of around $1.5 billion per day. Currently based in Hong Kong, Binance recently announced that it will be moving to Malta. The small Mediterranean island has crypto- and fintech-friendly laws.

Binance says the move will also allow it to add “fiat trading” to its platform by partnering with local banks. Currently, Binance is a “crypto only” exchange, but the addition of fiat trading will allow it to become a major on-ramp into the crypto market.

Cboe Global Markets, which trades bitcoin futures, sent a letter to the SEC encouraging it to allow the introduction of bitcoin ETFs.

At least six companies are attempting to get bitcoin funds approved, but so far the SEC has denied their applications.

The demand for a publicly traded bitcoin vehicle is certainly there, but the SEC has been twiddling its thumbs for a while now. Let’s see how long it can hold out against the pressure.

Coinbase, the largest U.S. crypto exchange, has announced that it will be adding support for ERC20 tokens. In a blog post, Coinbase wrote, “This paves the way for supporting ERC20 assets across Coinbase products in the future, though we aren’t announcing support for any specific assets or features at this time.”

In essence, this means that Coinbase is planning to add more altcoins to its platform. This will drive more interest and altcoin buying. Now the speculation about which assets Coinbase will add next begins…

Understanding the Difference Between Private Equity and Startup Investing

Bitcoin Is Now The 11th Largest Money In The World

5 Best Crypto Cards That You Should Know About

Not Dead: There’s Good Reason to Be Long on Bitcoin
Scroll to top