Bitcoin tested the resistance at $12,000 several times in the past week but the attempts failed and the price returned to test the range at around $11,100. It’s a critical point in this range that support is built over previous resistance and that the resistance is lower than the previous attempts to break up so that makes it feel rather catchy. The support at $10,800 hasn’t yet been tested, which is a good sign but all things should be considered. 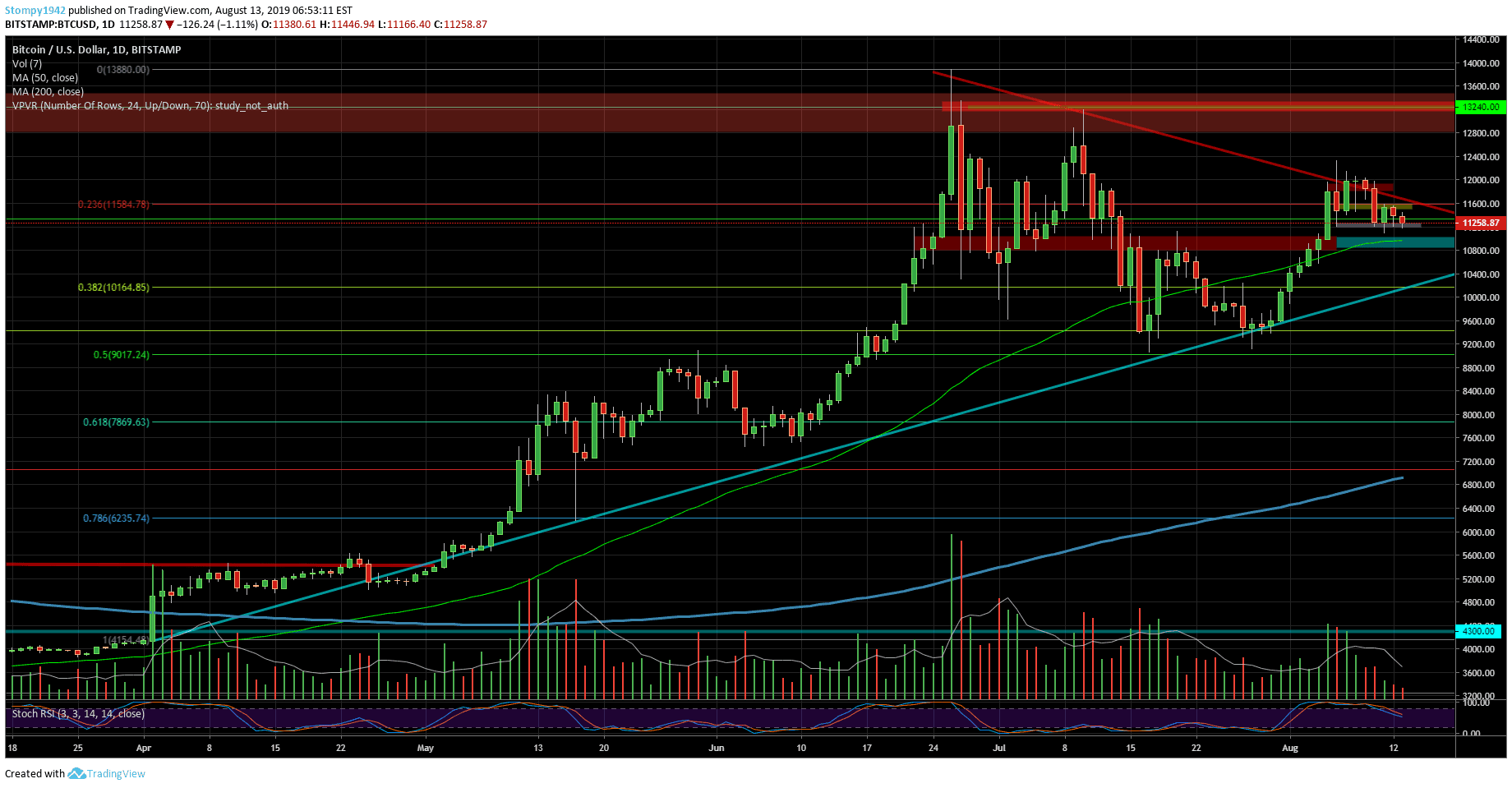 Against the USD, ETH holds at the support at around $200 but the trend that started back in February is losing grounds and the price is on the decline. It’s not yet possible to say that this is a change in trend but the support and the 200 MA in the area around $190 should be considered. Resistance in this range is at $220 and if’s broken, it will be the fifth attempt to break $240, where the resistance is strong. 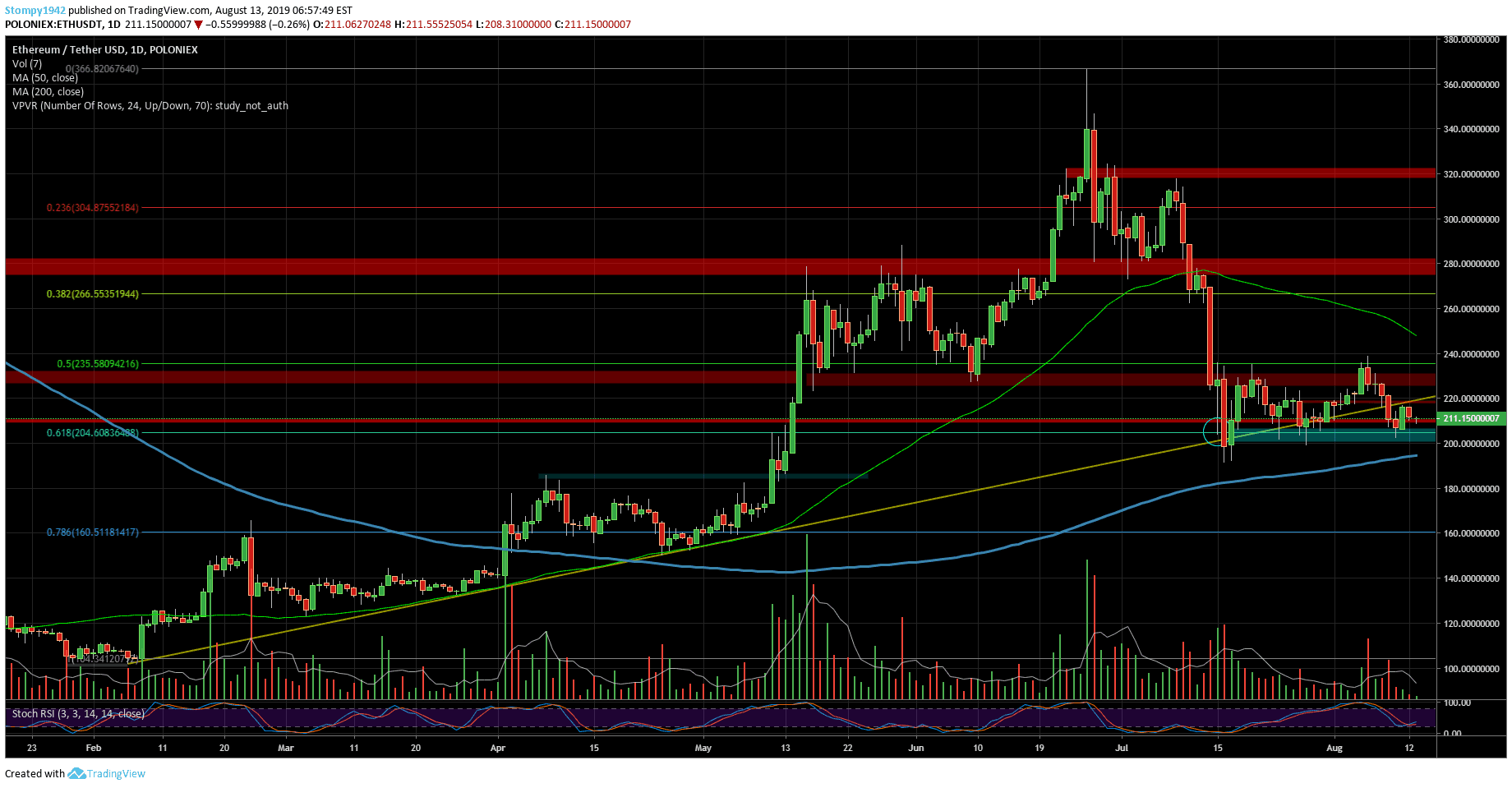 Against BTC, ETH is stabilizing after the price touched yet another low at around 0.017BTC. From there, we saw it stabilizing above the resistance at 0.02BTC. If it doesn’t break below it, we will get another downward pattern and it seems that it depends mainly on Bitcoin’s behavior. 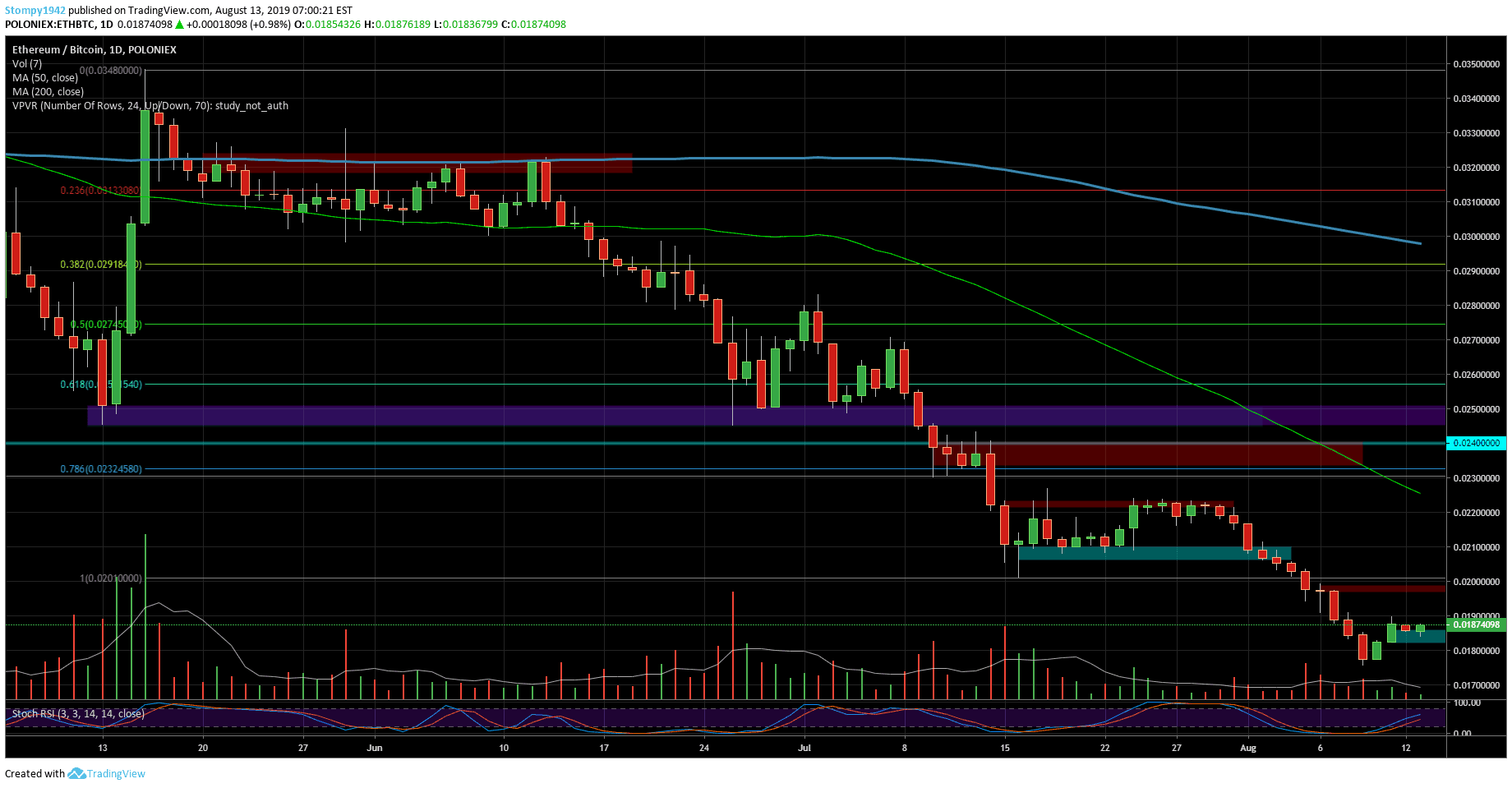 Against the USD, this year the price started off its floor at 28 cents and the several attempts to break above it failed as it returned to trading in the range of 28-29 cents. This is an interesting fact that shows demand every time the price corrects to these ranges. If the floor holds, investors will gain confidence but if it doesn’t, it will be difficult to foresee what the next one will be. Resistance in this range is at around 33 cents. 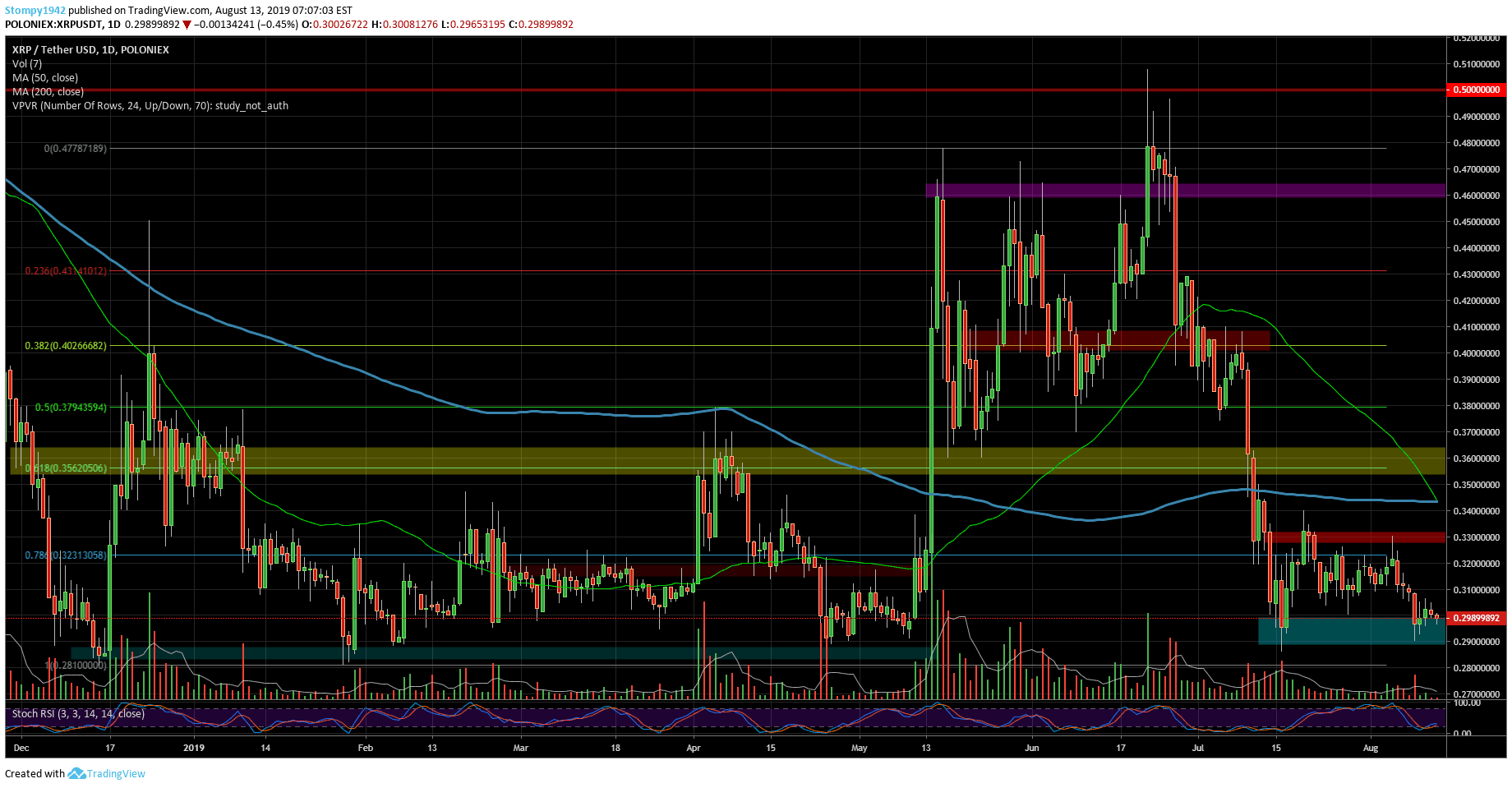 Against BTC, the weekly graph gives a clearer picture of where the floor is. The previous bottom was around 1200SAT, where it could go again. Resistance in this range is at 2900SAT. 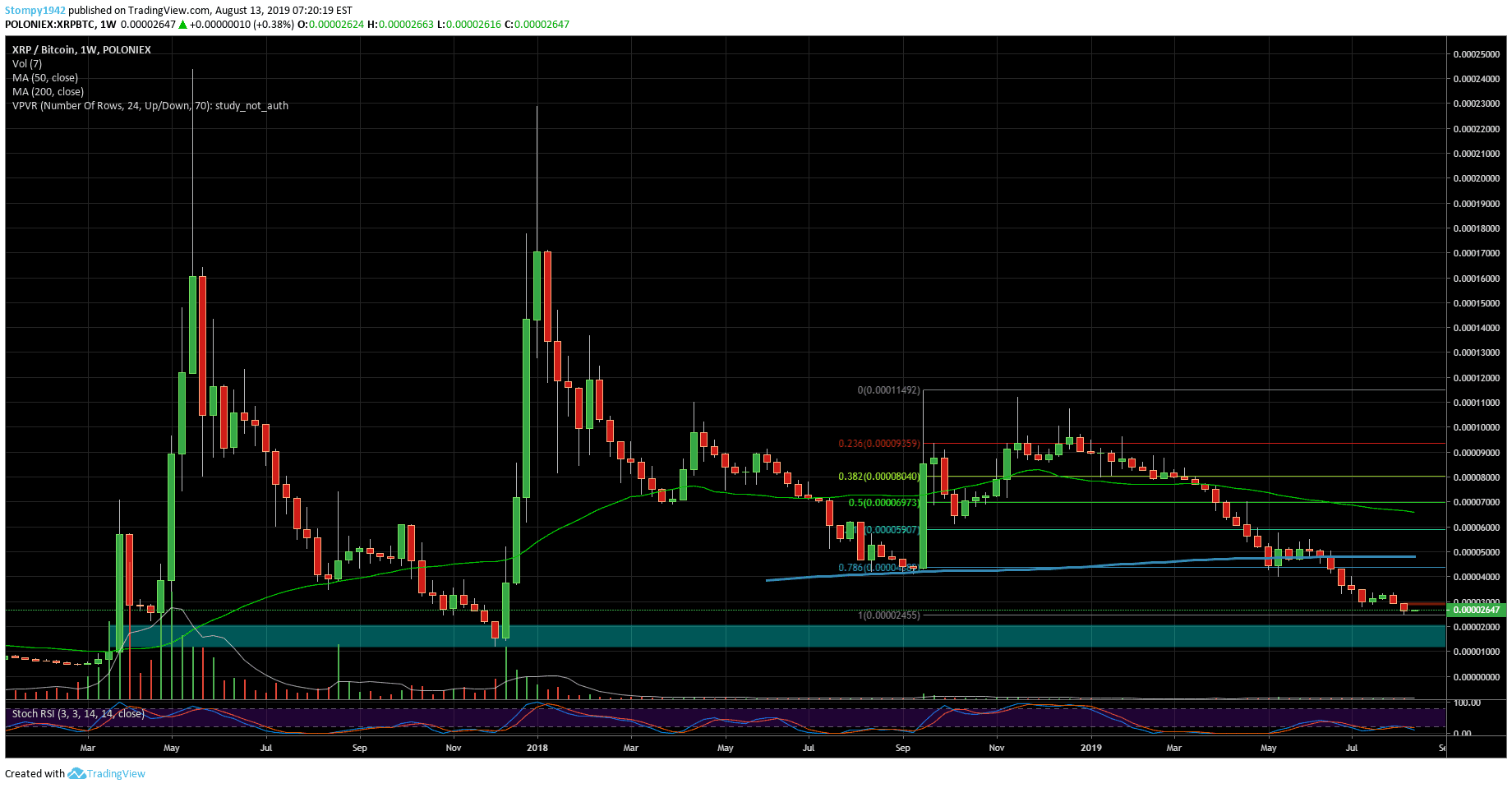 Against the USD, we can see a floor forming at around 5 cents and it was approved back in February. From there, the price soared to 12 cents and we saw a sharp correction back to the bottom. The attempts to break 7 cents failed and the price retraced to 6 cents. 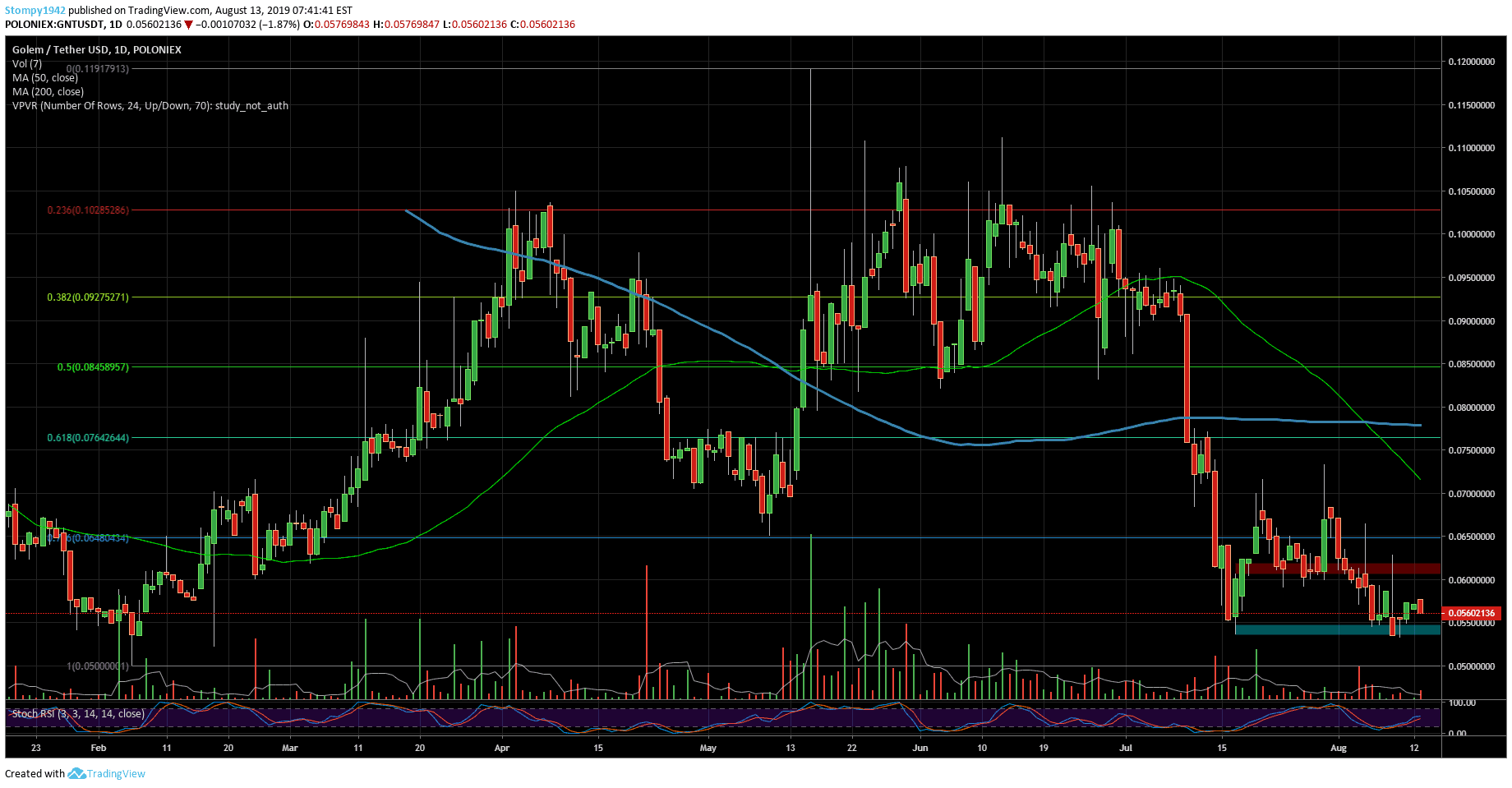 Against Bitcoin, the cryptocurrency is in a downward trend. The price is declining and perhaps that’s a sign of the dip customary for the market in the last couple of months. If the 450SAT level fails, we can expect new lows. Resistance in this range is at 600 SAT. 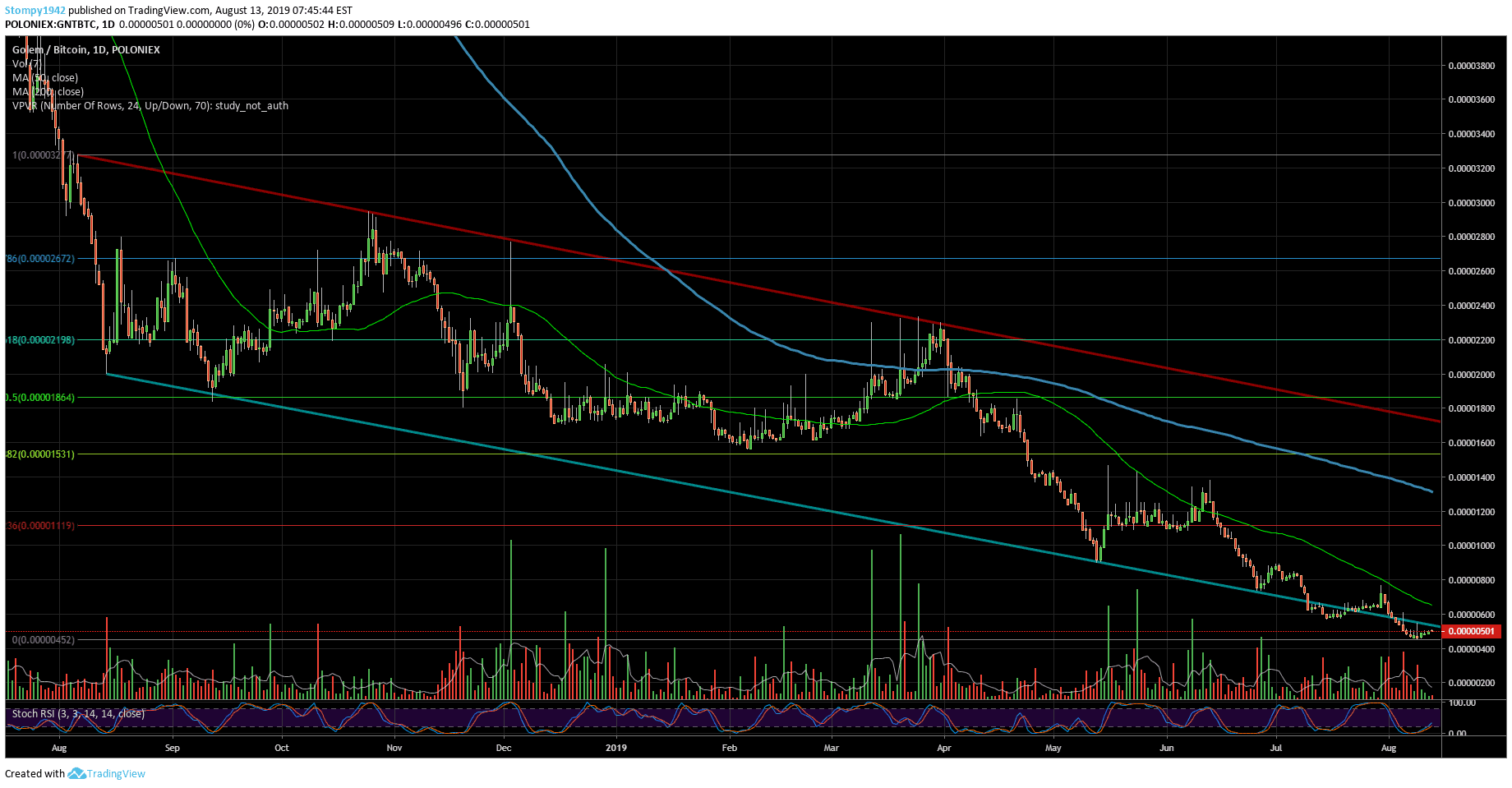 Against the dollar, the price dropped from 56 cents to 22 cents, which is the bottom. Support is built around 24 cents and if it holds up, that’s a good sign that there is demand in this range. Resistance is at 30 cents. 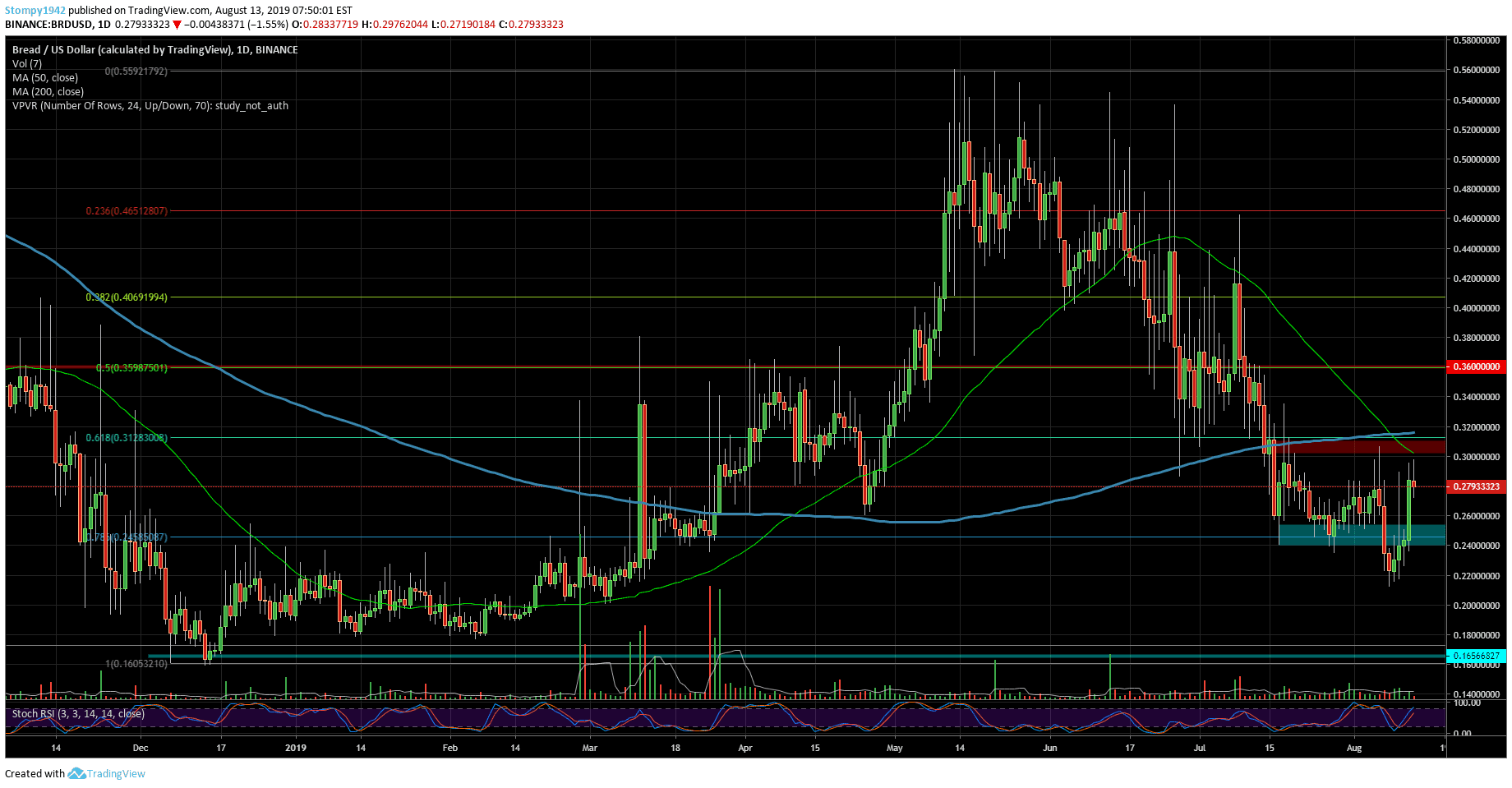 Against BTC, BRD felt safe until recently in the range around 5700SAT. The price corrected sharply, however, to formulate new lows and it was looking for support. The floor is at around 2000SAT and resistance is found 2900SAT. 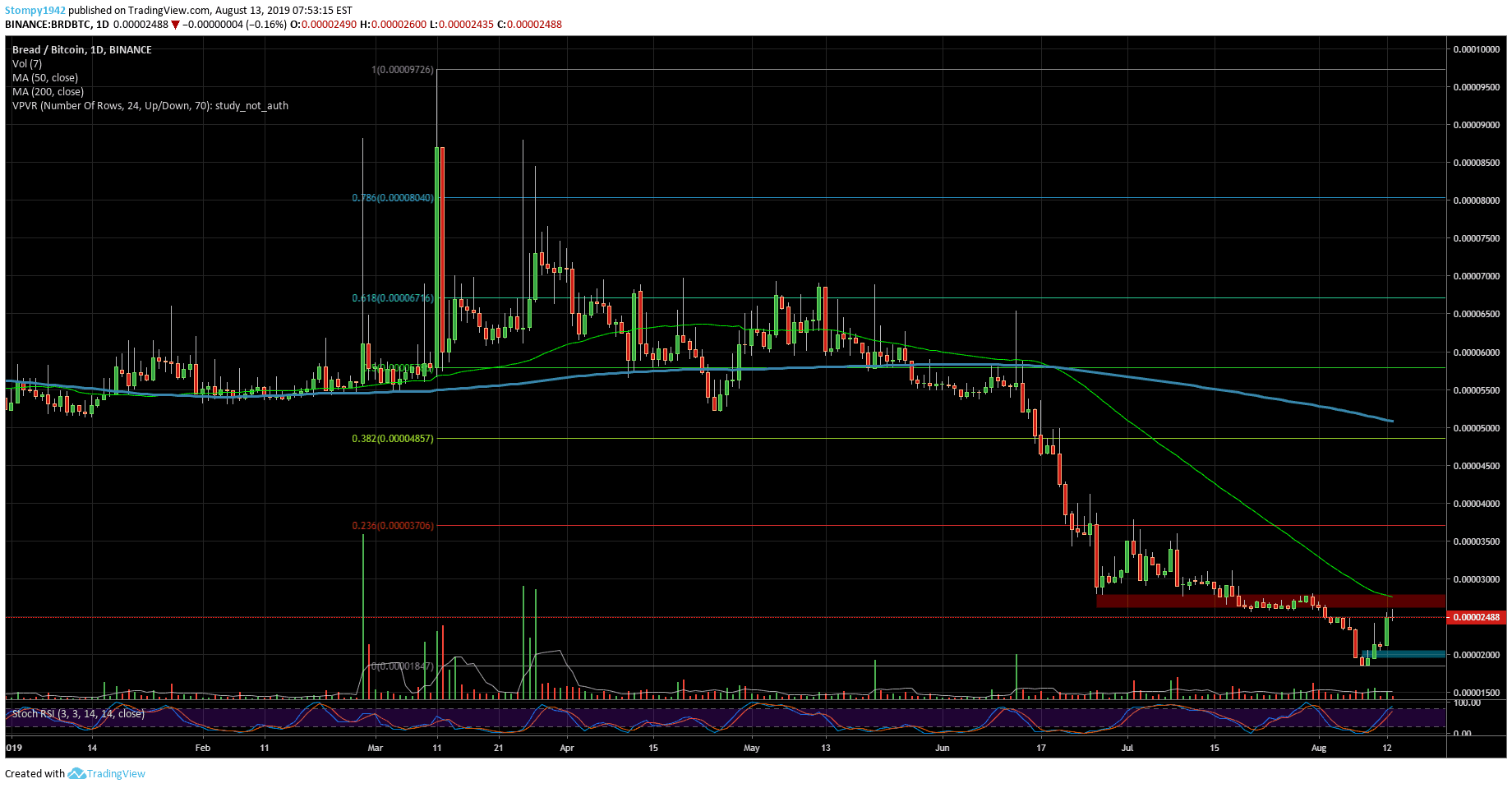