This week Bitcoin attempted to halt the previous bearish trend but failed to advance above the resistance at $7,800. The cryptocurrency has lost a total of 21% over the past month after it plummeted beneath the 100-days and 200-days EMAs in November. 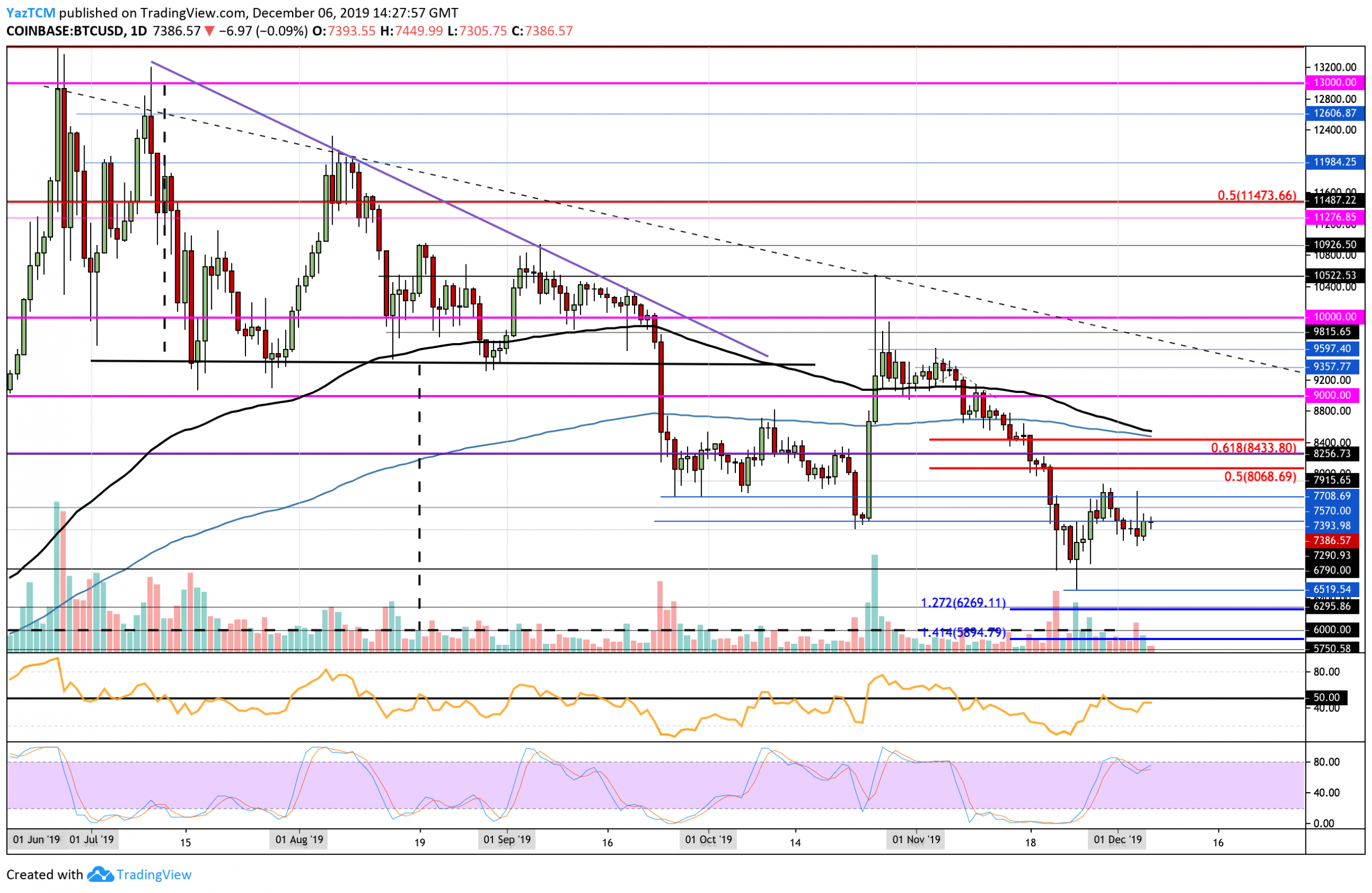 Ethereum suffered a decrease of 5% this week as it fell back beneath $150 to reach $147. ETH remains trapped in a 4-month-long descending price channel, and it will need to break this to see where the next move might be headed to. 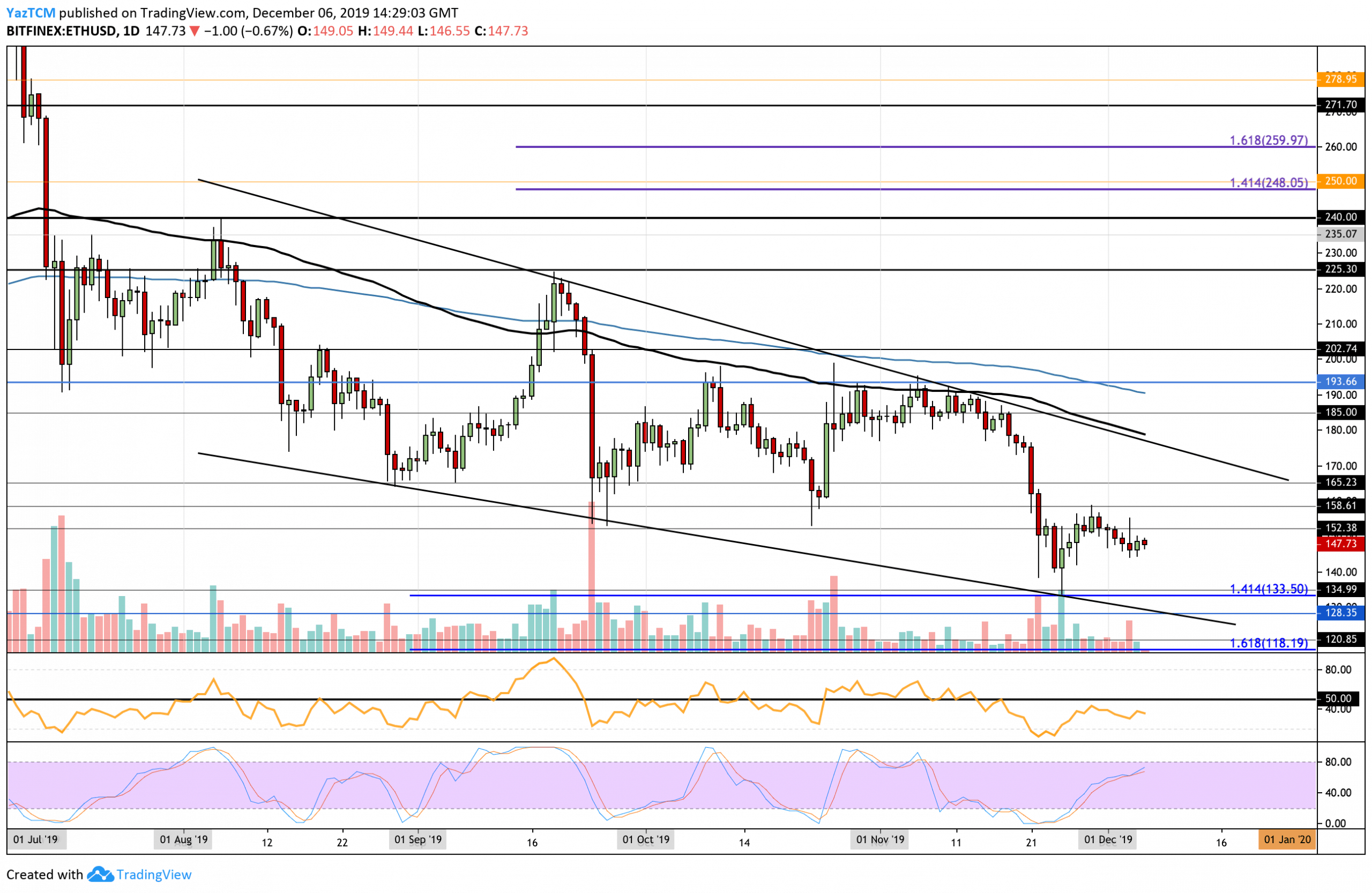 Against Bitcoin, Ethereum broke beneath a symmetrical triangle this week, marking the start of a potential downtrend. It is important to note that the Stochastic RSI is in oversold conditions, but the momentum is clearly with the bears right now. 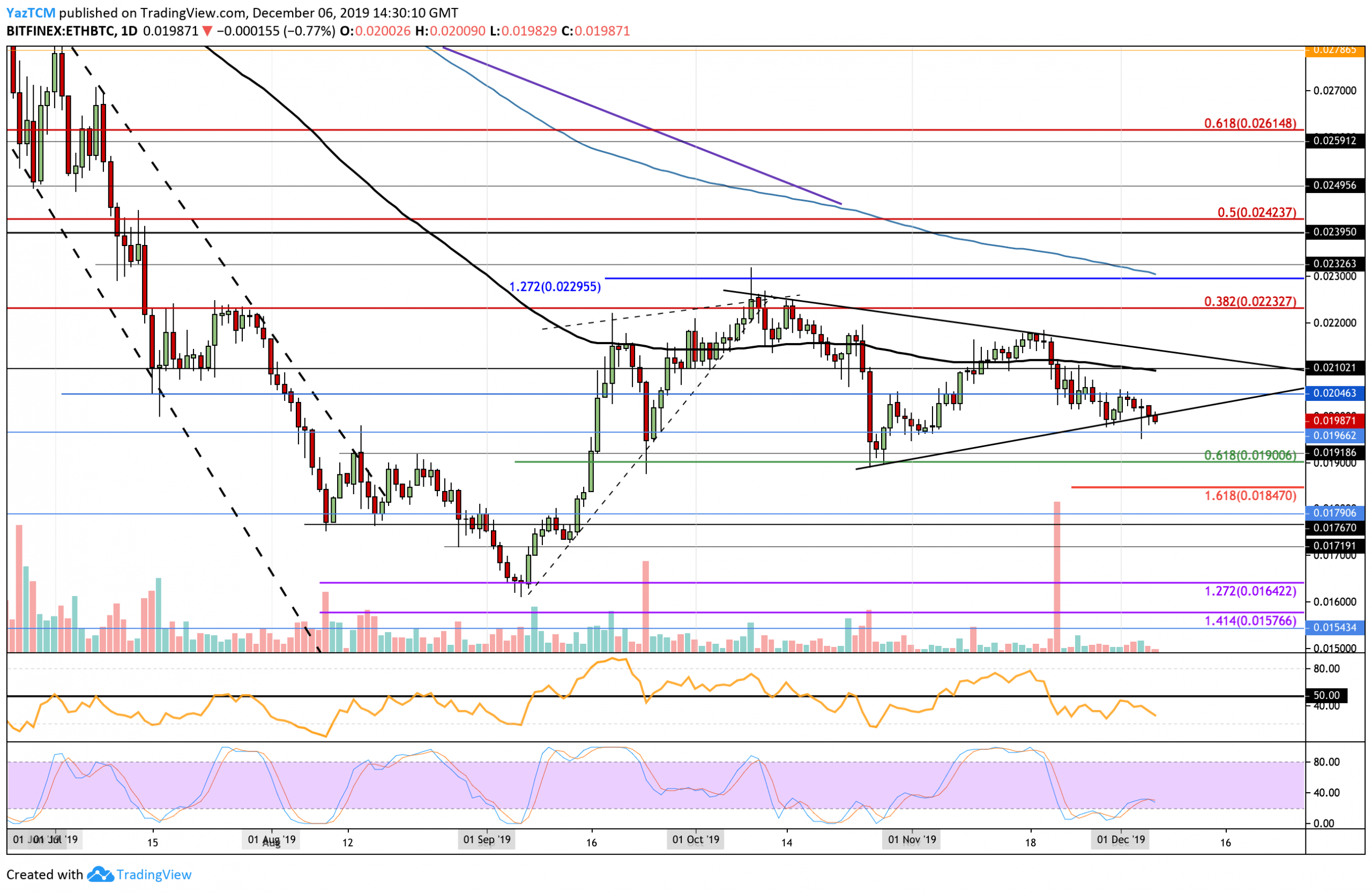 XRP may be on the bullish footing after breaking above a descending price channel with the 3% price increase seen today. The cryptocurrency continued to find strong support at $0.2150, allowing it to bounce higher. 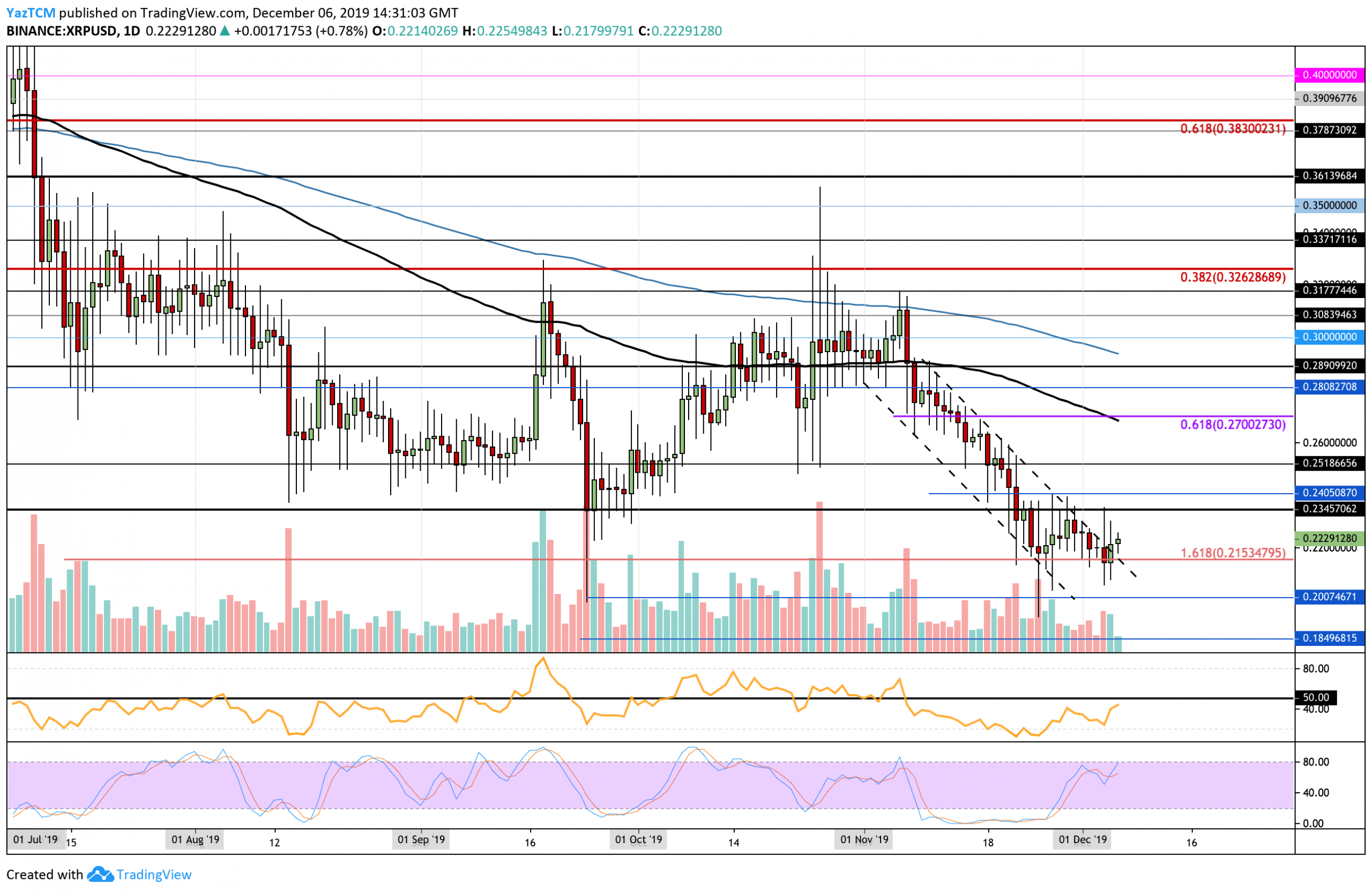 Against Bitcoin, XRP continues to trade along with the 3000 SAT level. The cryptocurrency has spiked lower but managed to find strong support at 2900 SAT to bounce back. The Stochastic RSI is primed for a bullish crossover that could send XRP/BTC much higher. 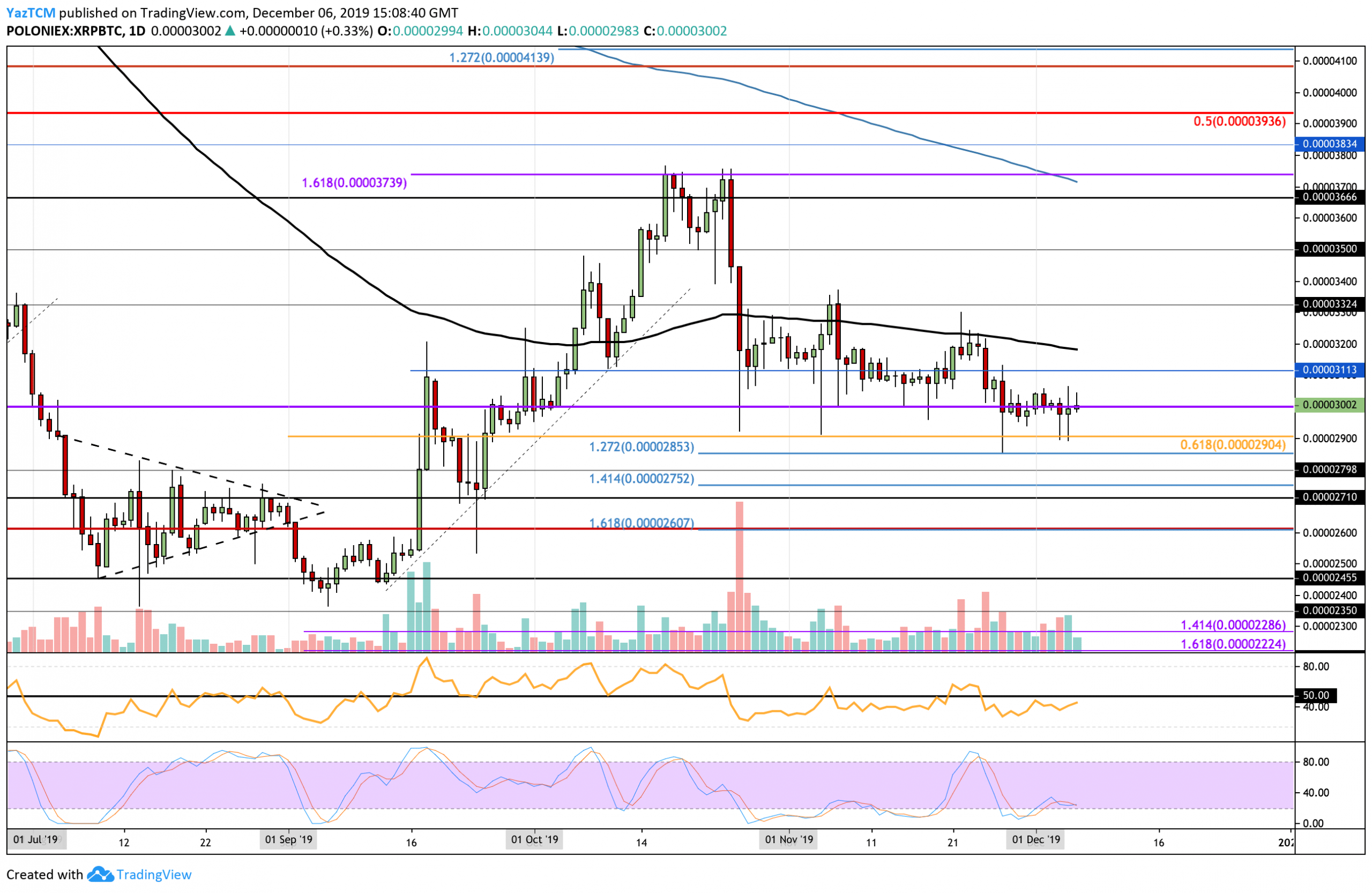 Ravencoin has seen an impressive 25% price increase this week as it approaches back to the $0.03 level. It faces resistance at the 100-days EMA, but the bulls are indeed in control over the market momentum. Ravencoin has now moved into the 44th position with a market cap of $145 million. 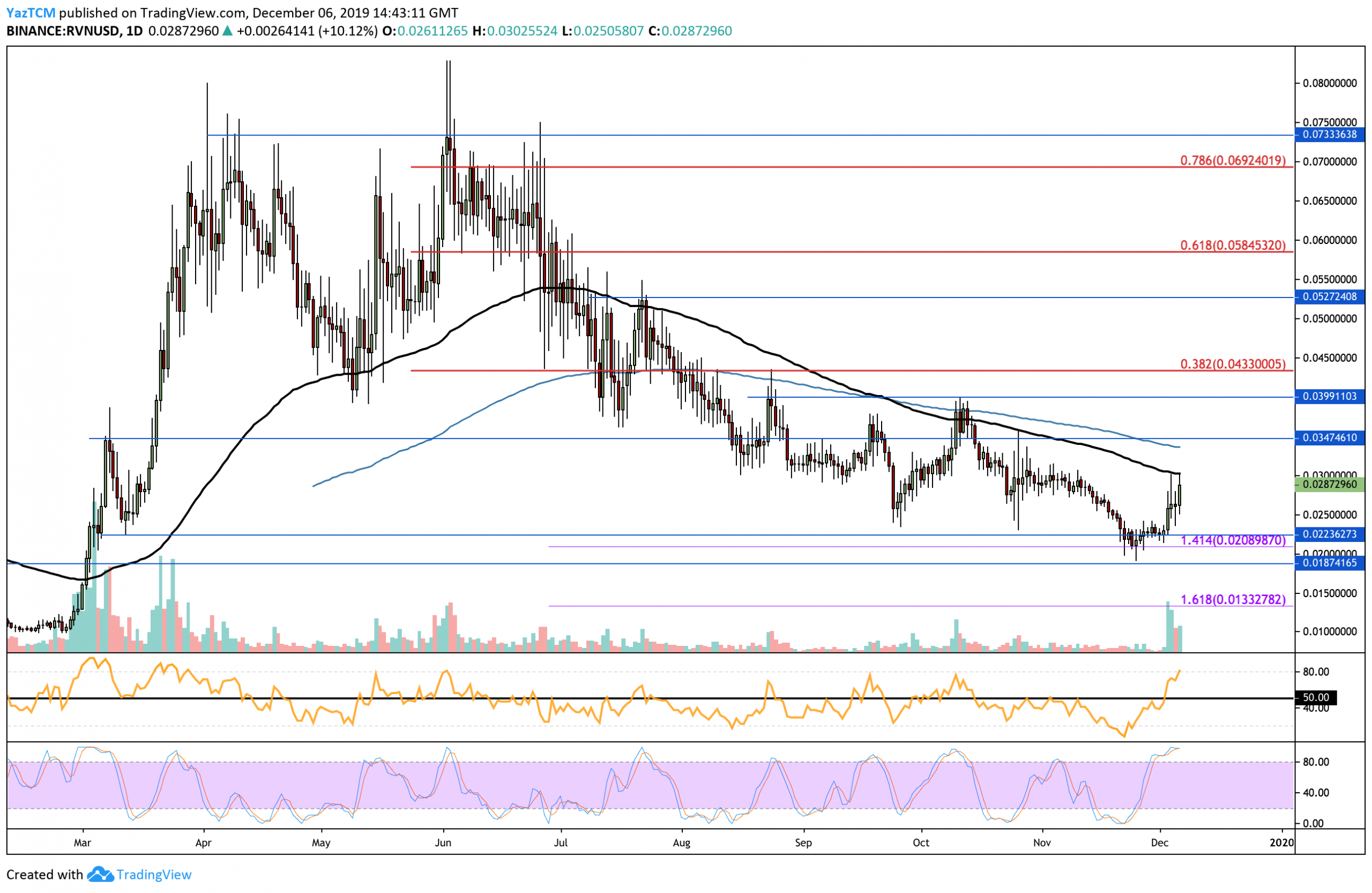 Against Bitcoin, Ravencoin faces resistance at the 200-days EMA at 400 SAT. The cryptocurrency was very flat during November, but the latest increase could turn the market bullish in December. 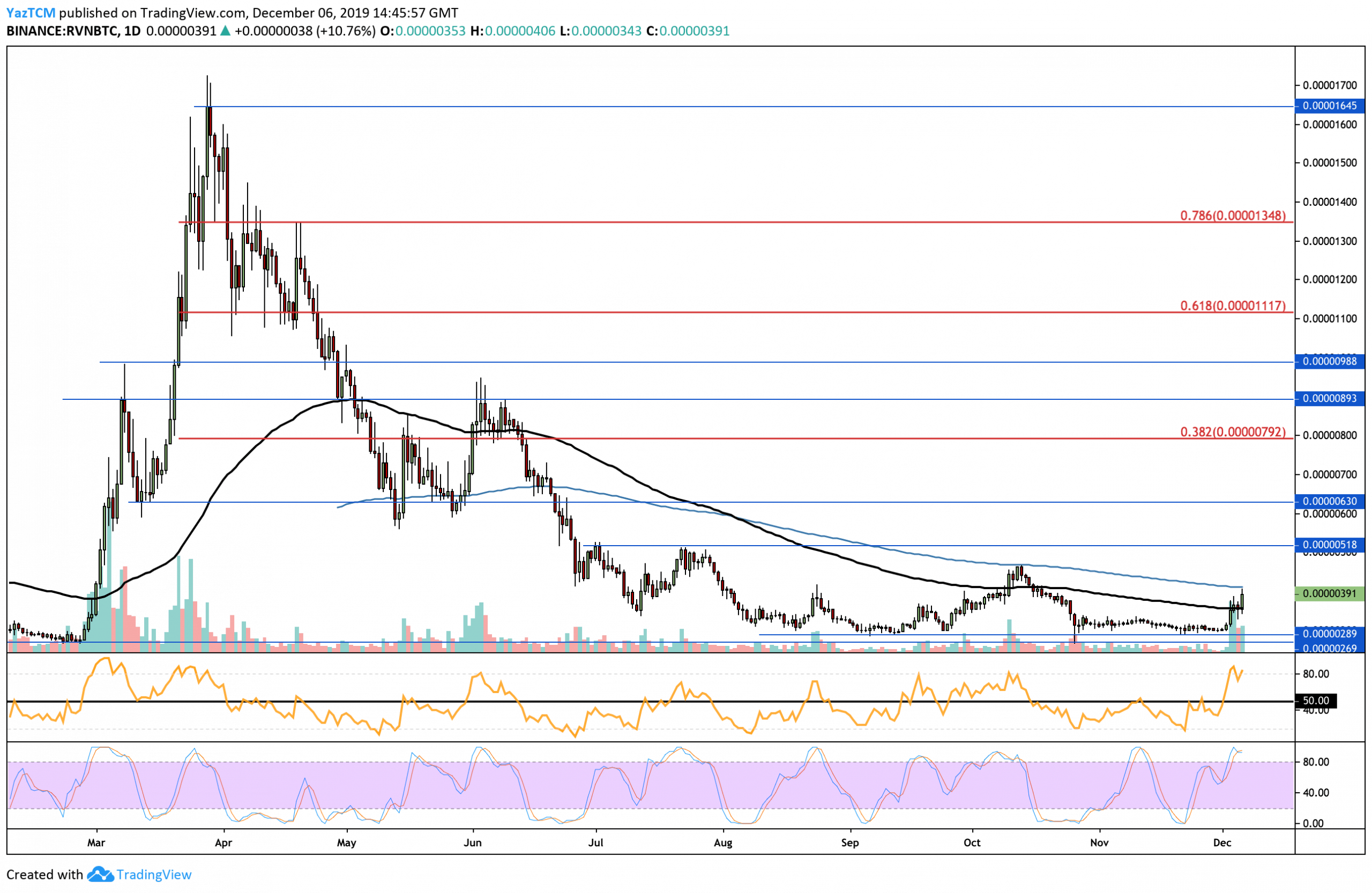 Matic continues to be one of the strongest performing cryptocurrencies this week after surging by a further 61% to reach the $0.038 level. Matic has continued to climb higher in the rankings as it breaks into the 59th position with a market cap of $100 million. 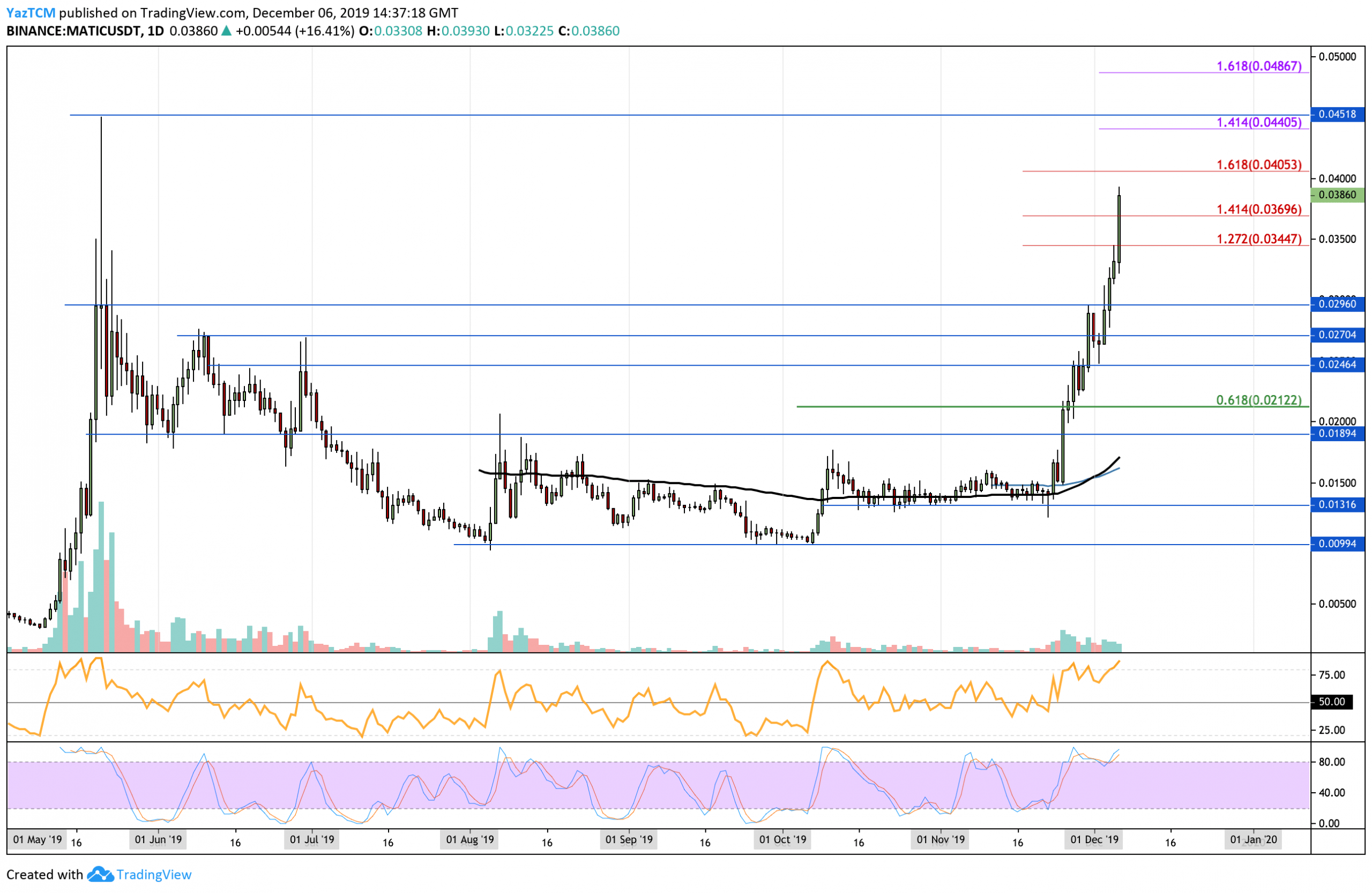 Against BTC, Matic has also continued to soar. Matic surged above the resistance at 500 SAT to reach the current level of 525 SAT. The momentum is heavily in favor of the bulls. However, the market does look slightly overextended. 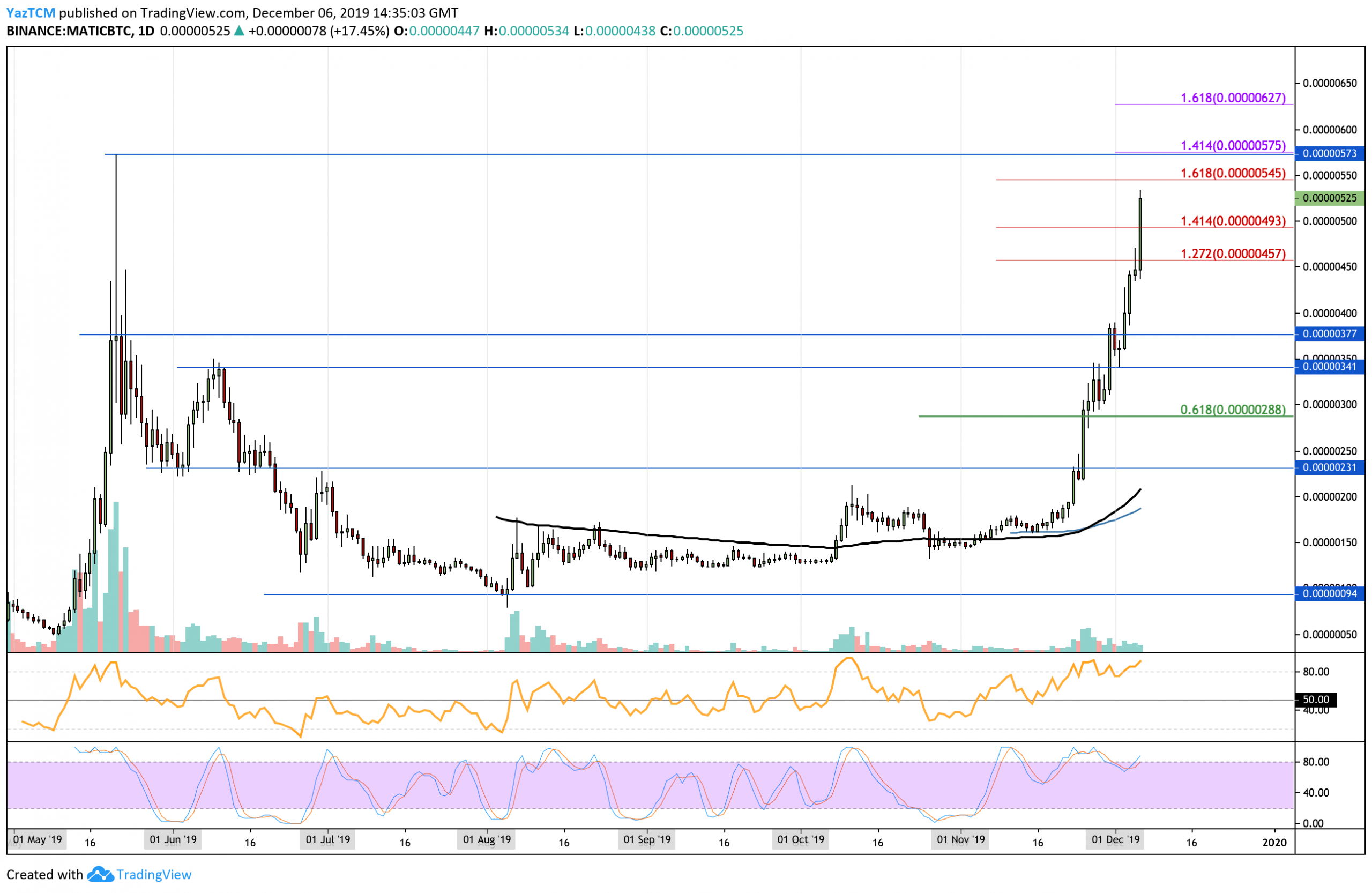