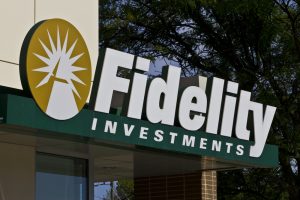 This week we learned that Fidelity has been quietly building a cryptocurrency exchange.

According to Business Insider, Fidelity is seeking developers “to help engineer, create and deploy a Digital Asset exchange to both a public and private cloud.”

Fidelity is a giant in the financial world. It currently manages $2.4 trillion in assets.

And its job posting is just the latest sign that big financial institutions are making plans for a future that clearly involves crypto.

In the last few months, we’ve also learned that…

Speaking of Coinbase, it just took another big step forward. Here’s the meat of its announcement.

Today, we’re announcing that Coinbase is on track to operate a regulated broker-dealer, pending approval by federal authorities. If approved, Coinbase will soon be capable of offering blockchain-based securities, under the oversight of the U.S. Securities and Exchange Commission (SEC) and the Financial Industry Regulatory Authority (FINRA). This step forward is being made possible by our acquisition of a broker-dealer license (B-D), an alternative trading system license (ATS) and a registered investment advisor (RIA) license.

Coinbase has some of the world’s best securities lawyers and is backed by top (really top) venture capitalists who invested $100 million in its last round of funding.

I don’t think it would say this unless it was going to happen. That means some coins WILL become official securities soon – regulated by the CFTC, FINRA and the SEC. More new ones will follow.

Other coins will simply be classified as commodities, like gold. That’s how bitcoin and similar models will almost certainly be treated. Just this week, SEC Chief Jay Clayton said bitcoin and similar cryptos are not securities (big news for bitcoin bulls). And it sounds like the SEC will be providing more clarity soon, having just hired a new digital assets chief.

Regulation is coming (finally). That means the crypto exchanges will have to deal with a lot more paperwork and auditing. Which is probably a good thing overall. Those guys are printing money, and I bet they can’t wait to be regulated and compliant. Regulation and compliance creates a huge competitive moat – making it hard for new competitors to break in.

Some coins may be penalized for noncompliant initial coin offerings (ICOs), but I suspect most will be grandfathered in somehow. Because most coins are decentralized and controlled only partially by nonprofit organizations, it’s going to be tricky for the SEC to deal with it. The SEC’s new head of digital assets has her work cut out for her.

The presence of clear regulations will allow institutions to invest in cryptocurrencies without violating their charter (which prohibits investing in assets not approved by the government).

Despite all this positive news, markets have been tepid. They’re still up significantly from last year at this time, but lately they’ve been trending down. That’s because there’s some remaining regulatory uncertainty. We don’t know exactly how all the recently ICO’d coins will be treated, for example. It’s looking like many of those will be classified as securities.

But we always knew this was going to happen. Regulation was inevitable in this political system. So the fact that it’s finally begun is a huge step in the right direction. We’re finally going to get clarity, and I believe the big buyers will love that.

Some altcoins are already being delisted from exchanges in anticipation of regulation. That’s because the regulators are coming, and nobody wants to be involved with anything the least bit dodgy.

This hurts the coins, because the fewer exchanges that list them, the fewer potential buyers there are. But it helps the exchanges stay clean.

Essentially, careful selection of coins has never been more important than it is right now. When looking at a coin these days, you need to ask yourself, “Is this something the SEC might regulate?” If it is, it’s not necessarily a bad thing. Some coins/tokens will thrive during the transformation to an SEC-registered asset. Some won’t. It will require a good community of developers and supporters to stay listed on SEC-registered exchanges.

The next few months (and years) are going to be very interesting. And I think crypto will end the year much higher than where we are today. I can’t say that for certain, of course. But I certainly like the odds.

The market is still treading carefully after the last pullback, but once everyone sees what’s happening… I think we’re going higher.

P.S. If you’re concerned about the government getting crypto regulation right, let your representatives know. You can find and contact your representatives on House.gov here. Let them know that we want fair, non-burdensome regulation for crypto. Beneficial tax treatment would help the industry grow and innovate. (It worked for the internet.) If you agree, tell them it’s one of your most important issues, and that they should issue a policy statement.

Pot Production in the Golden State

The Key to Crypto Profits

Wallet Development At the Forefront of Cryptocurrency Innovation