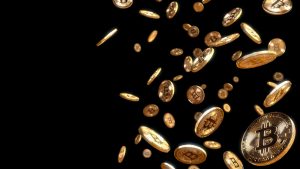 Mainstream outlets are pointing to the end of tax season – during which time some crypto holders had to sell their crypto in order to pay capital gains taxes to the IRS – as a possible catalyst, and that may be part of it.

But there are many reasons why this market will take off again. Let’s look at a few of the key improving fundamentals and see why I think they can take this market to new all-time highs this year.

No. 1: Bittrex Reopening to New Customers

Around four months ago, Bittrex, one of the largest altcoin exchanges, was so flooded with new customers that it had to shut down new account registrations. At one point, it had 500,000 users trading concurrently, which is simply massive.

The company has been busy upgrading its infrastructure to handle all the demand, and this week, it finally started accepting new customers.

This is a huge deal because Bittrex is one of the primary on-ramps to the altcoin market. It lists well over 100 coins, and around $430 million has been traded on the platform over the last 24 hours.

There are a few other major exchanges still not accepting new customers. Others, like Coinbase, are frantically scaling up their customer support and overall teams.

The crypto industry is scaling up massively, often with support from top venture capitalists. It takes time to build systems capable of handling tens of millions of users, but it’s happening across the world.

Once all the major exchanges are open again to new users, the altcoin market should have an absolute field day.

Also, both Bittrex and Binance are planning to accept fiat money (dollars, euros, etc.) in the near future. This would be huge because money would be able to enter the altcoin market directly. (Currently, most users buy bitcoin first then send it to an altcoin exchange where it can be used to trade.)

No. 2: Lightning Network Being Tested

The bitcoin community has been hard at work testing its new Lightning Network, which could eventually make the cryptocurrency able to process thousands of transactions per second. (Currently, it can process around seven per second.)

In essence, Lightning makes it possible to securely conduct transactions off of the blockchain and then settle them back on the blockchain afterward. The blockchain is almost always the “bottleneck” in transaction throughput because it takes time to update a ledger across many thousands of computers and encrypt/decrypt everything.

And bitcoin’s not the only coin that stands to benefit from Lightning. Ethereum, Litecoin and many others have their own versions of Lightning in the works.

If Lightning and other off-chain solutions work, crypto could become more practical as a mass-scale digital currency, used for everyday purchases and other commerce. It would no longer be just “digital gold” but cash too.

Crypto is not only about cryptocurrencies like bitcoin. Decentralized applications (dapps) that have their own coins or tokens are also on the rise.

These projects are disruptive new types of businesses. They are their own banks with their own currencies. The funding mechanism is the initial coin offering or private offering of coins/tokens.

They are decentralized (meaning they run on a network of computers all over the world) and are thus very difficult to censor. Most are “open source,” which means they freely share all the code/software and allow the community to contribute.

Steemit.com is a great example. It’s a social network with its own cryptocurrency, STEEM. Users are rewarded for participating and posting articles.

Steemit is the anti-Facebook. It gives its users an incentive to participate and doesn’t sell their data.

The site is growing fast, and users post thousands of articles per day.

Another example is CryptoKitties, the wildly popular collectible game that runs as a dapp on the Ethereum Network. The company behind this craze just raised $12 million from Union Square Ventures, one of the top venture capital firms in the world.

It’s early for dapps, but the potential here is tremendous.

No. 4: SEC Going After Crypto Fraud

Centra recently raised $32 million in its ICO. Boxing legend Floyd Mayweather and other celebrities endorsed the project, but it appears that not all was well behind the scenes.

Last week, the SEC charged the founders of Centra with fraud. Apparently, Centra made numerous false claims, including that it had a deal in place with Visa and Mastercard.

This and other recent crackdowns on fraud in the crypto space are incredibly positive developments. We need the SEC and other regulators to go after bad actors to discourage others from doing the same.

These are just a few recent bullish developments in the crypto world. There are far too many to list here.

If you add in the continuing deterioration of the legacy financial system, you’ve got some extremely bullish catalysts.

Equity vs. Tokens? When Investors Need Both