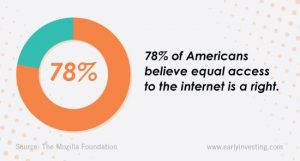 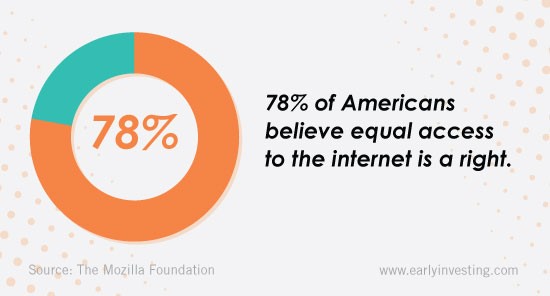 On May 30, the California State Senate approved a bill (SB 822) that would allow the state to set and enforce net neutrality rules.

Proponents of the bill want to keep providers like AT&T and Comcast from altering internet connections to create paid “fast lanes” for specific companies.

The vote comes on the heels of the federal government’s repeal of the Obama-era net neutrality regulations.

I can’t help but see a parallel to cryptocurrency.

When SurveyMonkey and Global Blockchain Business Council conducted a joint poll of more than 5,700 adults in January, they found 5% own bitcoin. A majority of those bitcoin investors – 58%, to be exact – are between the ages of 18 and 34.

These younger generations of Americans have grown up with the internet. They’re accustomed to it. They’re used to having the freedom to access anything they can type into Google or another search engine.

It makes perfect sense that they would be receptive to cryptocurrency – a new form of money based on a decentralized network connected to the internet.

Young college graduates saddled with thousands of dollars in debt are struggling to make ends meet. In an economy already overburdened by debt, it’s no wonder they’re looking for alternatives.

But one thing is certain: Young people – and young investors – are reshaping the landscape of our financial system. By embracing crypto, they are pushing it further down the path of mass adoption – much like they did with the internet.

And that’s the future we’re betting on.

The post Cryptocurrencies, Internet Both Grappling With Regulation appeared first on Early Investing.

How to De-risk Investing in Science and Technology