Crypto Blog
You are here: Home / Crypto Blog / Bitcoin / Despite Growing Pains, the Hemp Industry Has a Bright Future 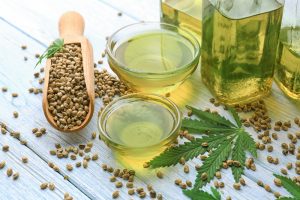 So if marijuana is still illegal at the federal level (and it is), why is the 2018 Farm Bill so important? Because it legalized hemp.

Hemp and marijuana are close cannabis cousins. The biggest difference between the two plants is that hemp doesn’t make people feel “high.” Hemp has very low levels (0.3% or less) of tetrahydrocannabinol (THC), the psychoactive ingredient that creates the “high” in marijuana. The THC levels in marijuana are significantly higher, ranging from 15% to 30%.

So what does that translate to in the real world? It means hemp can be used for all sorts of industrial purposes – rope, paper, clothing, construction material and more. It can also be used as a cannabidiol (CBD) source. CBDs can be used for a variety of health and medicinal purposes. With THC-free CBDs, which is what hemp essentially provides, people can derive the health benefits of CBDs without feeling high. CBD is a powerful medicine with anti-inflammatory and anti-convulsive properties. People take it for pain, anxiety and other conditions.

And because hemp-based CBDs are now officially legal, the market for CBD-based products has the potential to skyrocket. The current hemp market, which is driven largely by CBD demand, is $800 million. That market could grow to $20 billion by 2022. Eventually it could overtake cotton, one of the world’s largest crops.

Montana and Colorado are by far the leading growers of hemp, according to Hemp Industry Daily. Montana has 22,000 acres devoted to growing hemp, while Colorado has 21,578 acres. Oregon (7,808 acres), Kentucky (6,700 acres) and Tennessee (3,338 acres) round out the top five hemp-producing states.

But this is a dynamic marketplace. And as more farmers begin to take advantage of the 2018 Farm Bill, the list of top hemp producers is likely to change.

Unfortunately for the hemp industry, law enforcement hasn’t quite caught up with the 2018 Farm Bill. The police in Idaho recently stopped and seized a hemp shipment worth about $1.3 million (once the CBD is extracted). In theory, it’s legal to ship hemp across state lines. But Idaho is claiming that because it defines marijuana as any plant that contains THC, it has the right to seize it.

These sorts of “growing pains,” while annoying, are to be expected. There are bound to be more bumps along the way to a $20 billion hemp market. But the investment potential here is too good to ignore.

The key is to get in on hemp before it goes mainstream. There are a number of publicly traded stocks in the hemp industry, and it’s just getting started. We are keeping a close eye on the hemp industry and have already recommended one stock to members of First Stage Investor.

The post Despite Growing Pains, the Hemp Industry Has a Bright Future appeared first on Early Investing.

Why Accredited Investors Get More Access to Private Deals, How to Evaluate Pot Stocks

The Future of Venture Capital

The Bullish Case for Gold