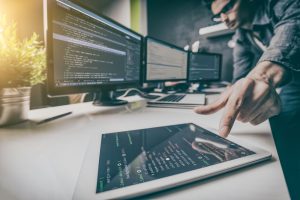 As regular Early Investing readers know, I’m not bullish on U.S. stocks as a group. There’s far too much debt, buybacks funded by debt, sky-high executive pay and lofty prices.

I prefer to invest in businesses with bright futures. And right now, that means I’m mostly looking for early and fast-growing U.S. startups. There are a few good opportunities in smaller cap stocks, but I avoid the indexes like the plague.

Yes, I do own some stocks – mostly in tech and cannabis. There are still good opportunities to be found. But too many large publicly traded companies today seem to have fundamentally unsustainable businesses.

I don’t own any defense companies or Big Pharma stocks, for example. I don’t see either of these groups as sustainable in their current form. Big Pharma has too much debt, and it relies too much on charging crazy prices to the government and insurance companies, which is in turn dramatically pushing up insurance prices. It’s not sustainable in the long run. There’s a reason these guys trade at such “cheap” valuations compared with the rest of the market.

In terms of defense stocks… our military budget will have to drastically shrink eventually. You can’t keep running up trillion-dollar deficits forever, after all. Defense spending is projected to be more than $1 trillion by 2020, according to The Washington Post. So defense stocks may have a few good years left, but not many. There’s a reason defense stocks also trade at low multiples.

Those are just two examples (don’t get me started on big banks). We can’t ignore that unsustainable practices – like piling up debt – have spread across all industries. It’s not an isolated problem.

In addition, many of the old guard companies are not making the transition to modern digital technology well. Maybe they’re in too much debt, or maybe their software isn’t good enough. Either can be a death sentence.

This means a large percentage of the incumbents are vulnerable. Software is changing the way every business operates, and startups do software better than big companies. So they have a chance to step in and dominate.

When researching startups, my goal is to find companies that are either disrupting dinosaurs or building a new category of business. Or both, like Airbnb.

A good example is a startup we recommended to our First Stage Investor members a few years ago called Court Innovations (CI). CI makes an advanced online dispute resolution (ODR) system. It’s called Matterhorn, and it’s redefining how courts work. It has a software system that allows citizens to go to court online. It handles negotiations, approvals, signatures and payments.

Matterhorn is live and running in more than 50 courts now, processing traffic tickets and other minor court functions. But it has the potential to essentially run the entire court process online. It is dramatically increasing the efficiency of the courts using it and providing more equal access to justice.

These are the kinds of companies we look for, and we’re finding more and more of them on a regular basis.

The equity crowdfunding market is hitting its stride. We’ve seen a huge influx of deals over the last year and far more volume than we did in prior years. Naturally, we’re starting to see more consistent high-quality deals with the increased deal flow.

It’s a perfect time for this market to be thriving, because innovative startups are our best economic hope. Startups and small businesses are fuel for the real economy.

So no, I don’t think now is a time to ride out the storm in U.S. blue chips. I’d rather ride it out in select tech stocks, emerging market stocks, U.S. startups, cannabis and some crypto of course.

The post Equity Crowdfunding Is Hitting Its Stride appeared first on Early Investing.