Crypto Blog
You are here: Home / Crypto Blog / Bitcoin / ETH is Ending a Terrible Year With Hopes For a Better 2019

The inverse head and shoulders pattern in the Bitcoin chart is still active. However,

For this formation to play out, Bitcoin has to break above the formation’s neckline around the $4380 resistance level, which is the prior high. In case of a breakout, the target could be found at the mid $5000 area.

Those formations are not pure science, of course, as well as the targets, so take everything with extra caution.

The $5500 price level is the 0.618 Fibonacci retracement level of the massive decline from the $6300 area (since November 14). This target seems to me too bullish at the moment, and the bulls will have to show extra strength to extract this formation into reality.

The formation will be invalidated if the shoulder support level (~$3500) gets broken down followed by high volume.

Back to Ethereum ETH

Notice the vast Doji Japanese candle with the two long wicks, to both sides, precisely on the 0.382 Fibonacci retracement level.

This candle is a result of a “fight” between the bulls and the bears, each side is trying to win, but the forces are in equilibrium.

Looking at the ETH 4-hour chart 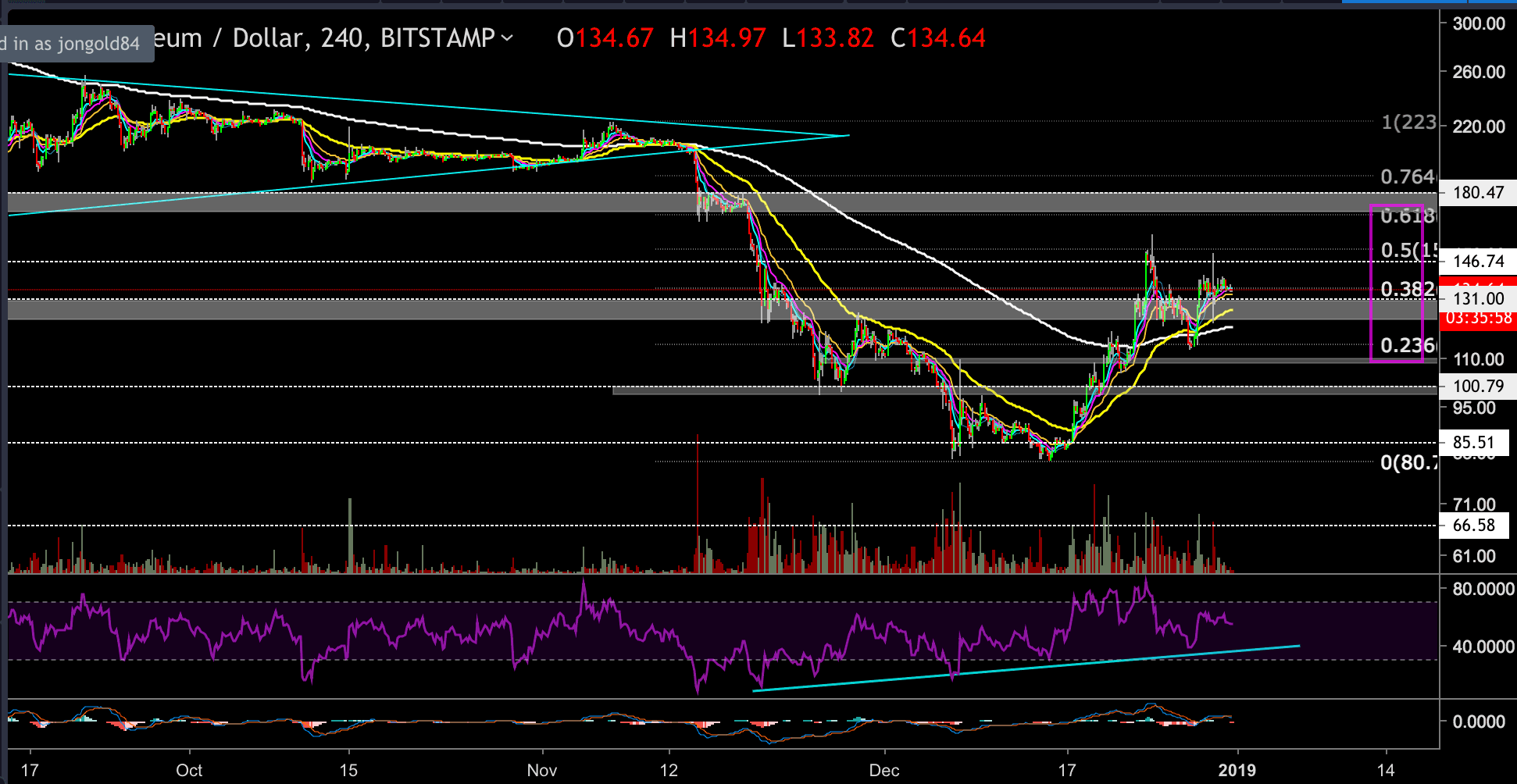 The post Ethereum Price Analysis Dec.31: ETH is Ending a Terrible Year With Hopes For a Better 2019 appeared first on CryptoPotato.

Should You Have Bitcoin In Your IRA?

Cryptocurrency NEO: The Future of Smart-Contracts?

50x com: Incredible Technology is Changing the Way We Think About Trading

The Daily: Arguing Over Augur, Regulated Stablecoins Attract Flak End Of The Year Bitcoin & Crypto Summary For 2018
Scroll to top