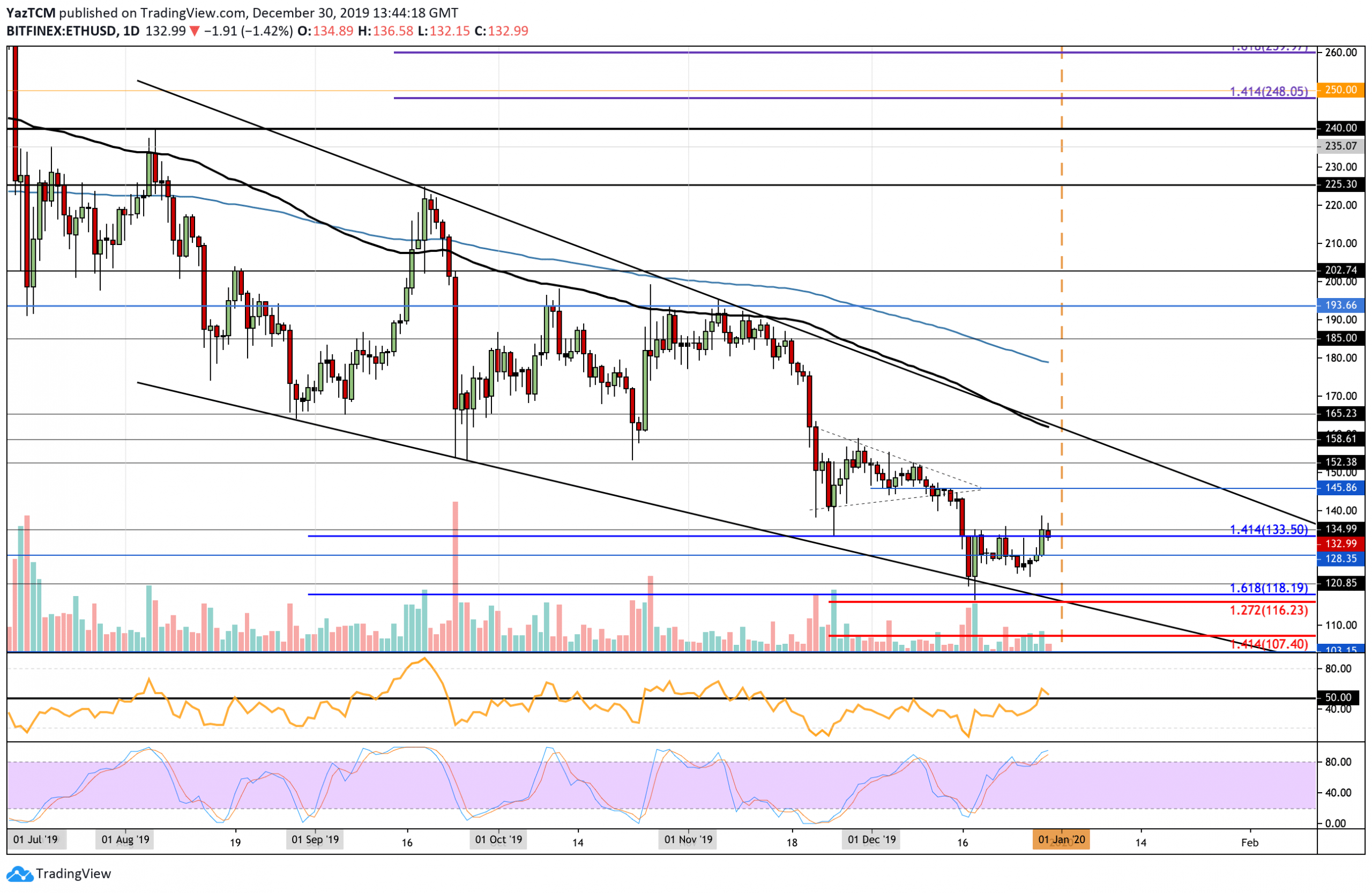 Ethereum is still a long way to be considered as bullish. A break above the December highs at $152 would confirm a bullish trend. If ETH was to drop beneath the support at $125, the market would then be considered as bearish.

The RSI has recently penetrated above the 50 level, which shows the buyers are starting to gain control over the market momentum. If the RSI can remain above 50 and continue to travel higher, ETH should be headed toward $150. However, the Stochastic RSI is trading in overbought conditions and is primed for a bearish crossover signal that would send the market lower.

Against Bitcoin, ETH tested the support at 0.0171 BTC (.886 Fibonacci Retracement) again before rebounding higher from this support. After rebounding, ETH started to rocket higher as it reaches the 0.018 BTC level. 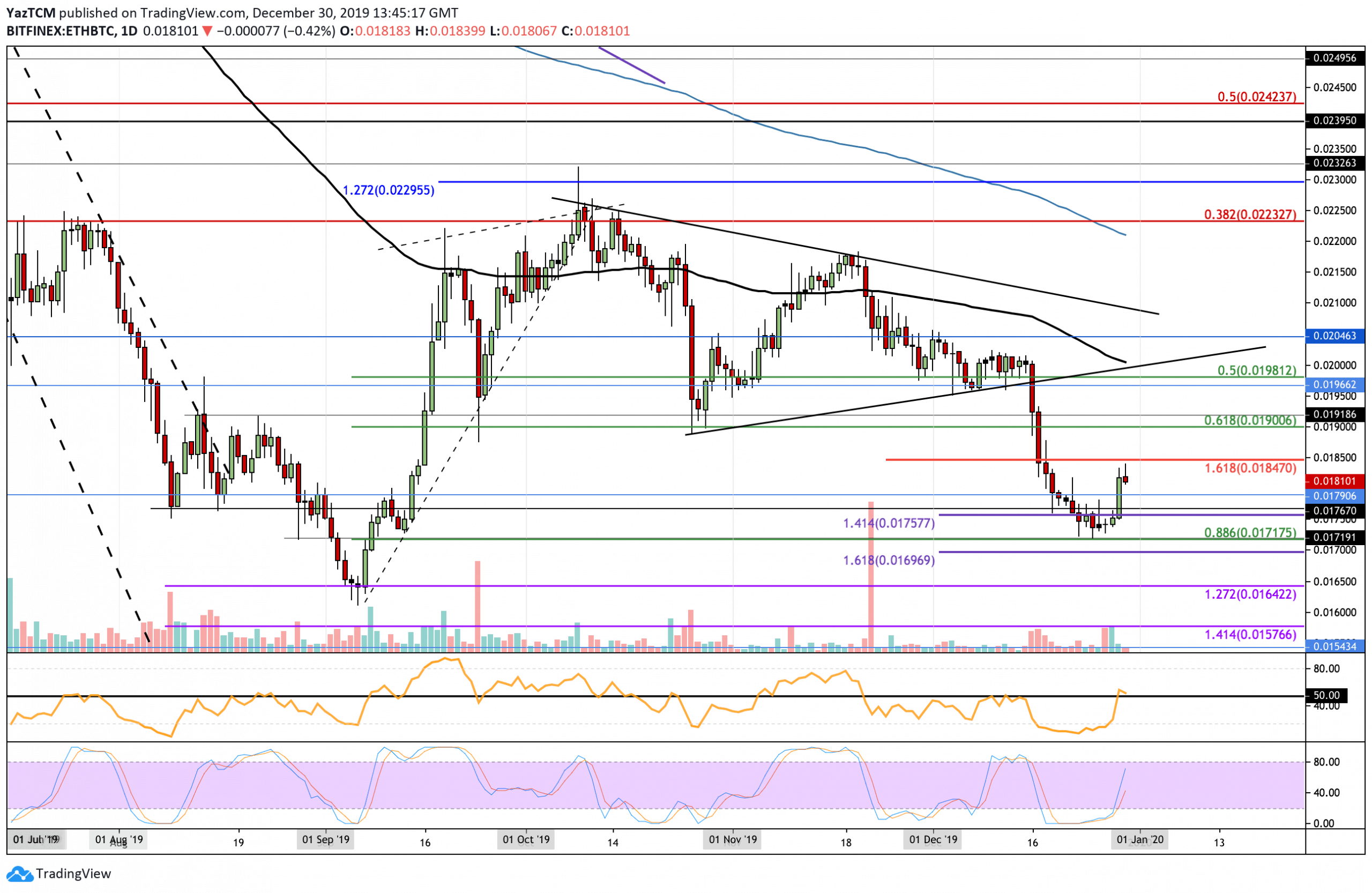 The RSI has recently poked above the 50 level, which shows the bulls attempting to take control over the market momentum. Similarly, the Stochastic RSI recently produced a bullish crossover signal that helped to send the market higher.

The post Ethereum Price Analysis: ETH Back Above $130, Can 2019 Ends In Favor of The Bulls? appeared first on CryptoPotato.

This App Teaches You How to Become a Bitcoin Cash Trader

Experts: Cryptocurrency is ‘A Multi-Decade Trend’

Bitcoin ATH on Christmas Caused by Retail Investors: Adam Back

Bank of America: The S&P 500 Can Plunge To New Lows Over The Coming Months

150% In 3 Months: Is The Recent Tezos (XTZ) Price Surge For Real, Or Is It a Gigantic Staking Bubble?

Bitcoin ATM Numbers Increase, But Who is Actually Using Them? China Forces Bitcoin Miners to Scale Down Amid Electricity Shortfall
Scroll to top