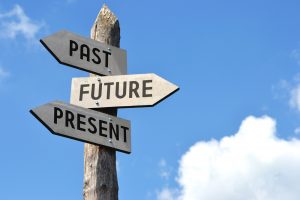 Independent money, free of government control, has long been a dream of liberty-minded individuals.

Nobel Prize-winning economist and free thinker (a rare thing) F.A. Hayek described the main problem with a single group having a monopoly on money: a profound lack of innovation. Here’s an excerpt from his 1984 interview with the Cato Institute:

The great trouble is that money wasn’t allowed to develop. After 200 or 300 years of the use of coins, governments stopped any further developments. We were not allowed to experiment on it, so money hasn’t been improved, it has rather become worse in the course of time.

Money certainly has devolved over time. It has descended from being backed by hard assets, like gold and silver, to its 100% fiat status today. There’s nothing backing it, and there’s no limit on the amount that can be printed.

There’s not even precious metals in coins anymore – not even copper in pennies! So we can see that innovation dies and money loses value when centralized powers have control over it. It’s happened throughout history.

But Hayek was truly ahead of his time. He went so far as to think about how we could develop an alternative monetary system. Here’s a Hayek quote from a different 1984 interview:

It uses a decentralized network of computers to solve the “something they can’t stop” part of his idea. Nobody owns bitcoin. It is an independent network of millions of people voluntarily using it and improving on it.

Cryptocurrencies are the first real innovation in money in centuries. Think about the implications of that…

For most of modern history, governments have not allowed any competition in money. But now, the cat is out of the bag. The code is out there and free for anyone to use. Shutting it down is next to impossible.

Hayek realized that a clever system like crypto would be needed for money to be truly free.

The pioneers who helped bring bitcoin and cryptocurrencies to life, such as Nick Szabo and Satoshi Nakamoto, designed the systems brilliantly. Good cryptos are decentralized – running on tens of thousands of computers all over the world. There are checks, balances and incentives built in. Bitcoin has proven itself to be remarkably secure over the last nine years. And it’s constantly evolving and improving.

Hayek predicted the usefulness of independent money, but I don’t think he imagined the incredible flexibility of it in action.

We’re beginning to see these concepts in action. In countries where inflation is high, cryptocurrency is becoming an everyday part of life. It’s a way to protect and preserve value where government money is failing.

On the “programmable money” side of things, projects like Ethereum are leading the way. This is an equally promising aspect of crypto. Having programmable, flexible money is allowing for all sorts of innovation. Initial coin offerings are the first killer application, but it certainly won’t be the last.

We’ve only just begun to see the potential of crypto. Personally, I can’t wait to see what pops up over the coming years. Independent currencies capable of being programmed like software offer nearly unlimited possibilities.

Hayek died in 1992, but I’m certain he would love cryptocurrency if he were still around. The fact that he predicted something like crypto would be necessary to move money forward is nothing short of remarkable.

The Fed Is Broke, Cannabis Treats Autism and More…
Lessons Learned from More Than 100 Investments
What the Past 28 Years Have Taught Us About Disruption
How Much Is a Bitcoin Pizza Order Worth?
Finding Evidence of Crypto Progress
Don’t Fall for Day Trading
Founders, Steer Clear of These 19 Mistakes
Industries Must Heed the Fourth Industrial Revolution