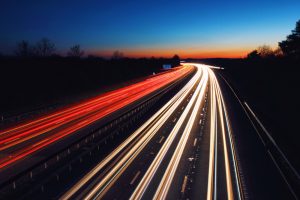 Either way, regarding Fidelity’s recent announcement, you’d be right.

Fidelity is spinning off a 100-person-strong company. Its mission? To provide cryptocurrency trading services for the big boys – funds, endowments, family offices and sophisticated investors.

Prices remain sluggish. For crypto markets, it changes nothing.

That’s one view, anyway. It’s just not mine.

Fidelity is using its vast resources and experience managing $7.2 trillion in investment assets to offer crypto investors the same level of security, safety, convenience and reliability it gives to its other investors…

Even bigger than Yale and Harvard investing in crypto hedge funds… bigger than a crypto ETF being approved (one day) by the SEC… bigger than a big global bank like Northern Trust helping hedge funds invest in crypto… and, yes, bigger than the parent of the Nasdaq providing custodial and crypto trading services.

This is Fidelity, for crying out loud!

It provides clearing, custody and investment services for 13,000 institutional advisory firms and brokers. It’s the fifth-largest asset manager in the world.

Five Years in the Making

It has made its intentions crystal clear. This is not a “moonshot” experiment. This is not cracking the door slightly ajar. This is not hopping on the latest hot thing. (Besides, crypto is far from “hot” these days.)

And this is most certainly not a fly-by-night decision. It’s been five years in the making.

Fidelity’s pro-crypto leanings came to light in 2013, when it launched the Blockchain Incubator. Since then, reports have surfaced of Fidelity’s forward-looking Chairman and CEO Abigail Johnson running her own private crypto mining operation in the back rooms of the executive suite.

Fidelity has given plenty of other clues that it believes crypto is game-changing. Last year, it offered its clients a way to track their cryptocurrency balances on the Fidelity website via a Coinbase interface. This year, it partnered with the MIT Digital Currency Initiative to host a summit that focused on the emerging technology addressing blockchain scalability issues.

Given all this, Fidelity’s decisive move to outflank its competitors should come as no surprise. Just don’t write off its significance because it’s not market-moving. There are reasons for that (which I’ll get to in a moment).

But two things change right away. One is rooted in perception; the other in reality.

Fidelity wants to make it easier for investors of all types to invest in a wide range of assets issued on a blockchain. “We expect to continue investing and experimenting, over the long term, with ways to make this emerging asset class easier for our clients to understand and use,” says Johnson.

In words and action, Fidelity is telling everybody it has a 100% long-term commitment to making sure crypto enters the mainstream investing world of institutional and retail investors alike. And still…

The market remains literally unmoved. Prices didn’t really drop or surge on the news. What the heck is it waiting for?

Second, no morehacking. Fidelity has rock-solid custodial services that should prevent hacking of cryptocurrency parked with it. But the space suffers reputationally whenever a hack happens. Never mind that the losses are real, it’s also bad optics. And it has to stop in order for crypto investing to truly gain massive adoption.

And third, a scaling solution. It hangs over the crypto industry like a big question mark. It’s a big, tough, complicated problem that won’t be solved over weeks or months. But hundreds, if not thousands, of the brightest developers are working on this problem. And the vast majority of them say it can be solved.

I’m hopeful. I see signs of real progress being made on almost a daily basis. While it helps explain why prices remain low, it’s also why prices can be expected to explode upward as this problem approaches resolution.

Once market pessimism becomes entrenched, as it has in crypto, it’s hard to dispel. Fidelity has made a big dent in this wall of skepticism. It may not have been enough to knock it down, but it’s teetering. I’d like to see the year end without another major hack. If the SEC follows with sensible (meaning “light touch”) regulations, we’ll be witnessing market liftoff.

By itself, what Fidelity is doing is not THE missing piece, but it is A BIG missing piece among other pieces about to fall into place.

It’s a beautiful thing when markets transition from bear to bull. We’re getting closer and closer to experiencing that feeling with crypto.

Bitcoin Usage Falls to Its Lowest in Months