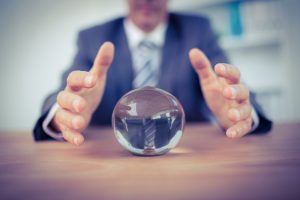 I grew up paying for news and getting TV shows for free. Boy, have things changed. Feels like 100 years ago.

My family subscribed to three newspapers: The Boston Globe, The Salem News (I was born in Salem) and The Lynn Item (I grew up in Lynn). I read them religiously. I also read the Sunday New York Times.

We had access to more newspapers than TV outlets. There were only three back then. You know them well: ABC, NBC and CBS.

They’re still around… as are the newspapers. But much has changed since then.

The news I used to get from newspapers I can now get from the internet… for free. And I now have to shell out my hard-earned cash for the TV viewing that once cost me nothing.

Okay, this is not breaking news. My point is I get asked all the time what’s going to change in the next five or 10 or 20 years. And I have very specific ideas about that. But it’s speculative.

But how about what’s NOT going to change?

I’ve heard Jeff Bezos, the CEO of Amazon, say he never gets that question. And neither do I.

That’s not what piques people’s curiosity. But here’s the thing…

Of the two questions, Bezos says, it’s the more important one because “You can build a business strategy around the things that are stable in time.”

I think you can guess what he’s talking about. Convenience. Value for your buck. And trust (that you’re getting what you pay for). Bezos built an empire around these fundamentals.

If they’re not timeless truths, they’re certainly not going away soon. (Trust, though, will soon come from the blockchain a company uses instead of faith in a brand. Walmart is one of the first going in this direction as it tries to track its produce using blockchain technology…)

Likewise, while the one universal truth may be that the investing world is in a constant state of flux, there are also several core investment principles that will be around for a very long time – not years but decades.

Anybody who takes investing seriously should at least know these five…

This simply means that all investors will want the same access to deals and investment opportunities that wealthy and institutional investors have. A grassroots impetus to increase access to so-called “sophisticated” investments will continue to democratize deal discovery. Advances in technology will also play a big role. For example, we’ll soon have the ability to buy fractional pieces of huge, multibillion-dollar commercial properties as they become digitized on the blockchain.

As the government further dilutes Social Security and other retirement programs, obtaining long-term financial independence will be up to the individual. There will be apps for this too. The Mint app is a primitive version of these types of enabling tools. Most of our decisions have financial consequences – from what industry you choose to work in to how many kids you have. You’ll soon be able to quantify those decisions in terms of lifetime financial security. It’s not the only prism to view our choices through, but it’s a major one.

Taking Charge of Your Own Portfolio

Ripping a page from Bezos’ playbook, investors are also customers… buying financial services, going on the best user-friendly platforms, seeking the lowest fees. Again, this is an area where the blockchain will have a huge impact by cutting out the middleman, reducing charges, and adding speed and convenience.

A Safe Harbor Beyond the Reach of Government

The need for gold or a gold surrogate has been a constant theme throughout human history. That hasn’t changed. Digital currency like bitcoin has been touted as the new gold. We’ll see. Ultimately, a digital coin with more robust privacy protocols could emerge as a better digital surrogate than bitcoin.

It’s no coincidence that the investing services we offer to members are based in part on these fundamental investing principles. Nor is it a coincidence that crypto is prominently mentioned in the above discussion. It addresses many of the core issues that investors have and will continue to value highly…

Which is why we think the crypto industry has such a high upside that will be realized over not years but decades.

The Real Lesson of the Snowflake IPO