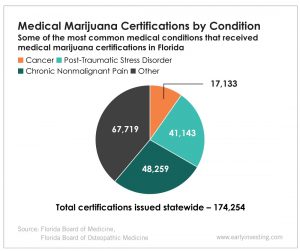 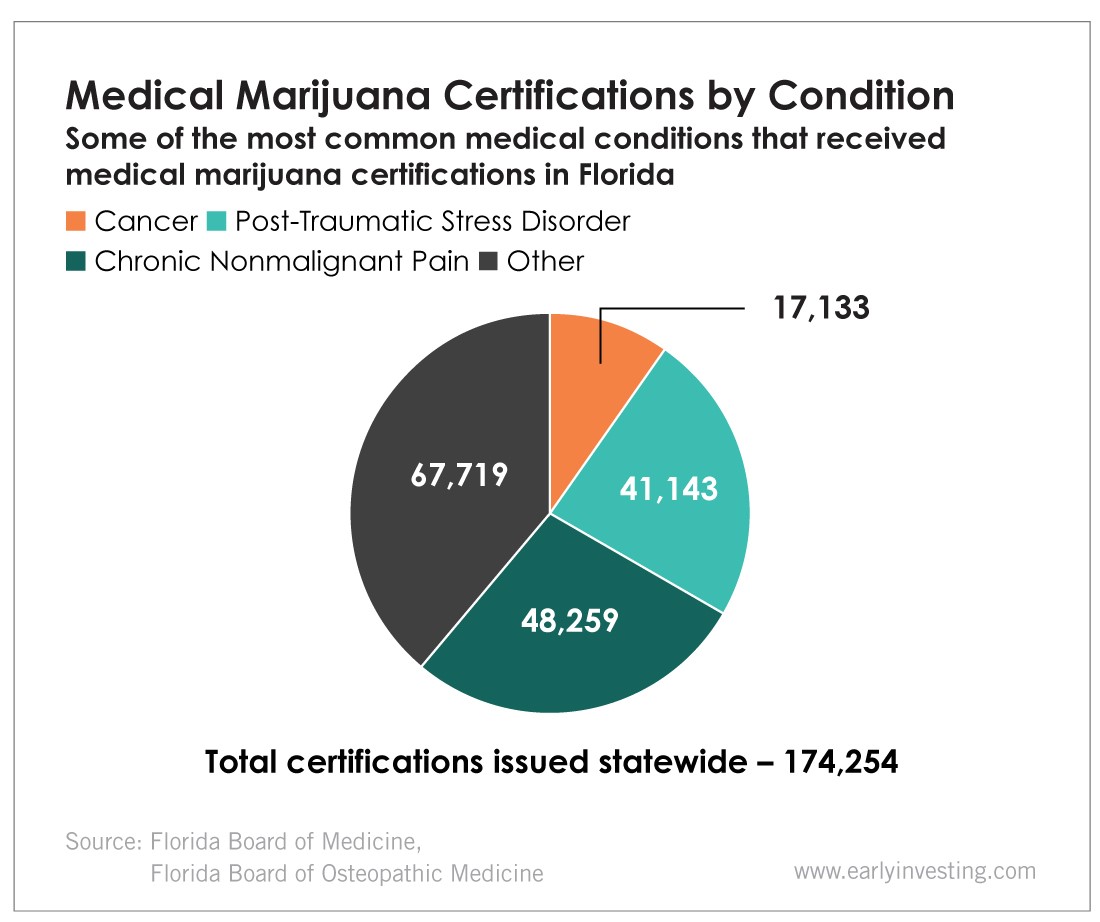 Medicinal marijuana use is on the rise in Florida.

Some of the most common conditions being treated were chronic pain, post-traumatic stress disorder and cancer. Medicinal marijuana certifications were also given to patients suffering from epilepsy, glaucoma, Crohn’s disease and multiple sclerosis.

The number of Floridians using medical marijuana grew from 19,494 in June 2017 to 136,274 in September 2018 (patients can get multiple certifications). And it will likely keep growing – newly elected Governor Rick DeSantis said during his gubernatorial campaign that he would support Florida voters’ approval of medical marijuana.

I am going to implement the will of the voters. They passed medical marijuana overwhelmingly… When that happens, then we shouldn’t play games with it, we should simply implement it.

Yet the industry still managed to grow. And it’s expected to continue growing – with sales potentially approaching the $1.1 billion mark by 2020.

George Scorsis, CEO of cannabis pharmaceutical company Liberty Health Sciences, said there’s a race among medical marijuana companies for market share. “But there are also two points of hindrances,” he said. “One, capital, and two, who really has the knowledge and know-how.”

It will be interesting to see how the market evolves in 2019. As medical marijuana legalization spreads across the country, the opportunities for cannabis companies are looking better and better.

Perhaps some promising startups will emerge to compete for Florida’s market share… something the Early Investing team will be on the lookout for.

Startups to the Rescue
Startups Are Ready for Private Equity Crowdfunding
Will the Fed Turn Us Into Japan?
American Companies Are Getting Old
Institutional Crypto Addresses, Bitcoin Holdings Have Increased Despite the Bear Market
Finding the Best AngelList Syndicate Leaders
Pre-IPO Investors Don’t Need to Worry About WeWork
Corporate Venture Capital Can Benefit Startups and Early Investors