As the interest in blockchain technology has risen, so has the number of global blockchain events designed to stimulate discussion, interest, and innovation in the sector.

We’ve done our research and handpicked four of the biggest, most influential blockchain events around the world that we don’t think you can afford to miss in 2018.

Korean brands such as Samsung and LG have firmly established themselves as global brands in the tech industry. Now the country is turning its focus to the blockchain.

The Ministry of Science and ICT has also revealed a $9 million investment designed to kick-start blockchain projects in the public sector.

The Block Seoul summit presents a unique opportunity for attendees to get exclusive access to an elite community of influencers, media, and over 40 global industry leaders who will be speaking throughout the summit.

Even former US government officials are jumping on the Korean blockchain bandwagon.

Block Seoul even has its own exclusive technology that has been specially designed to match capital seeking startups and ICOs with investors, crypto funds, and VCs from over 30 different countries.

The event will be held at the Sebitseom island complex in Seoul’s Han River, making it incredibly easy for attendees to access the heart of Seoul.

Consensus Singapore’s two and a half day event hosted by CoinDesk – the popular news site specializing in Bitcoin and other digital currencies.

It’s set to feature over 75 speakers and over 50 sponsors and will be packed full of powerful insights, need-to-know industry announcements, and many cross-industry networking opportunities.

Speakers will include Nolan Bauerle, the director of research at CoinDesk; Phil Chen, the decentralized chief officer at HTC, and Vijay Ayyar, the global head of countries at Luno. 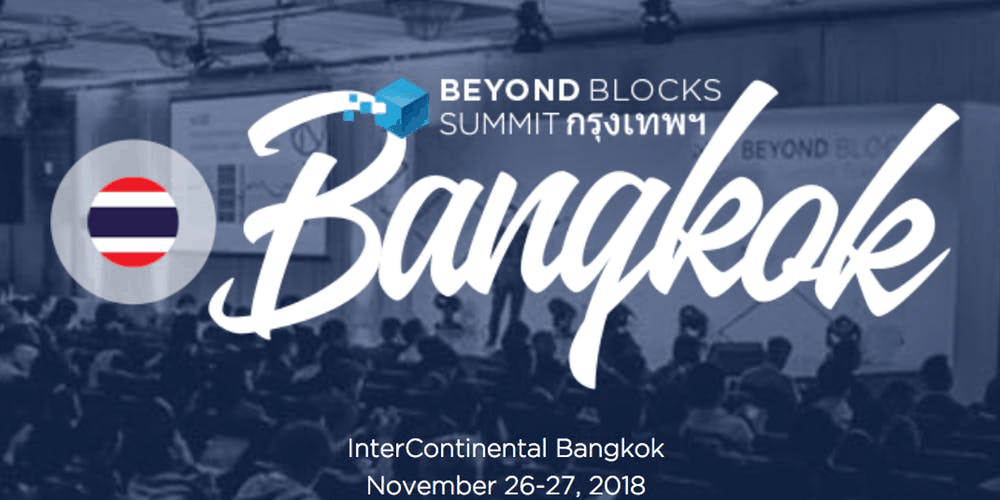 The event will be hosted right in the heart of Bangkok, at the InterContinental hotel, allowing attendees to witness exactly why Southeast Asia is one of the most rapidly growing regions for blockchain innovation.

As well as gaining a full two days worth of access to the conference and exhibitions and talks from world-class speakers and industry leaders, attendees will have access to additional meetups, workshops, and amazing networking opportunities.

Malta has played a large role in the growth of blockchain technology over the past couple of years. There have even been speculations that Malta could actually be ‘the next Silicon Valley’.

In 2017, Joseph Muscat, the prime minister of Malta, expressed his desire for Malta to become one of the first countries to embrace blockchain technology.

In a statement, he said, “I understand that regulators are wary of this technology but the fact is that it’s coming.”

The Malta Blockchain Summit is set to be a hub for the most riveting discussions about the world-changing potential of the blockchain. It will also feature discussions about other technologies such as AI, big data, quantum technology, and the IoT.

The summit will even feature a Hackathon and an ICO Pitch featuring hundreds of investors.

Speakers will include Mike Butcher, the editor at TechCrunch; John McAfee, the co-founder of McAfee and the CEO of Luxcore, and even Joseph Muscat, the Maltese Prime Minister.

But don’t forget about…

The post Four Blockchain Events You Shouldn’t Miss in 2018 appeared first on CryptoPotato.

SEC rejects Bitcoin ETF once again (will it ever approve?)

Bitcoin Finally Breaks Above $11,000: Could $15K Really be the Target This Week? BTC Price Analysis

‘Bitcoin Whales Where Are You? ‘ – Defense Distributed’s Cody Wilson...
Scroll to top