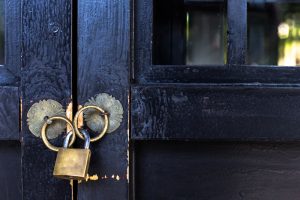 Are you an investor or a trader? It’s an important question.

I’m an investor. For the vast majority of assets I own, I hold them for the long term. Indefinitely.

Taxes on short-term gains absolutely kill your returns. Unless, of course, you make a lot of money timing the market (most people don’t).

Holders make money consistently, with great tax efficiency. With stocks, we get paid dividends and reinvest them to juice compound returns for the long haul. And we do it in a retirement account when possible.

In crypto and stocks, we hunker down during bear markets. And we add to positions when stuff gets really cheap.

Every time you sell anything for a profit, you get taxed on it – usually at your individual income level. That’s not pretty.

It’s a tax season nightmare. And that’s assuming you do well trading the market.

Long Term for the Win

I’ve learned a lot from watching venture capitalists operate over the last 10 years. One belief of mine that has been reinforced by watching VCs is this: Buy, hold, reinvest in winners, write off most losers, but hold anyway if they still have potential.

Sequoia held through the IPO and beyond. And even when it cashed in, it continued to hold some Google stock. That’s the proper way to invest.

So that saying “it never hurts to take profits” isn’t always true. Like most investors, I learned this the hard way.

Back in 2009,I bought Netflix and Apple at incredibly depressed prices. Once they bounced back by 100% or so, I took my profits and ran. It’s one of the costliest investing mistakes I’ve made. Luckily I held on to Google, but Apple and Netflix have trounced it in terms of returns.

The lesson I took from this is never sell your entire stake if the asset has long-term upside. And hold the majority indefinitely when possible. When an asset is doing well over a sustained period, momentum is on its side. Go with it.

In areas like cryptocurrency, holding is even more important. Crypto’s volatility destroys inexperienced traders quickly. Just buy some and try to forget you can even sell it. This is why crypto owners are so obsessed with “hodling.” (For the origin of the term, read the thread that started it all here.)

In terms of startup investing, one of my favorite things about it is that it automatically enforces holding discipline for owners.

For the most part, startup equity is not liquid. Unless the startup takes off like a rocket, it’s going to be hard to sell shares during the early years.

And that’s a great thing. Because you make money in startups by holding your winners for at least five years, waiting for an acquisition or IPO (or more). It’s always tempting to sell too early, and with startups, you don’t have to worry about that for the most part.

Holding is important for every asset. The best investors in the world buy great assets and hold them for years or decades. Real estate, stocks, bonds, crypto, etc.

Reinvest your dividends when possible, and add to your winners when they’re growing fast. That’s it.

So while the world is obsessed with trading, it really should be more focused on investing.

The post Hodl Everything appeared first on Early Investing.

Why Crowdfunding Is Better Than VC Funds
How to Get Into a Top-Notch Investment Syndicate
Banks Are in the Depression Stage of Grief
Big Tech’s Growing Vulnerability
Q&A: Investing in Cannabis Startups; Focusing Your Cannabis Investment
The Disappearing Small Cap IPO
Best of 2018: Startups
Private Equity vs. Early-Stage Investing