Crypto Blog
You are here: Home / Crypto Blog / Bitcoin / How Blockchain Technology Will Change the World 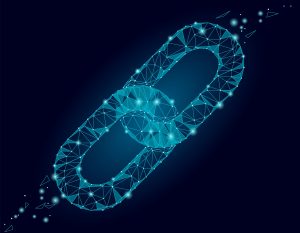 The president of Venezuela announced last month that the country will launch its own cryptocurrency.

Apparently the new monetary unit, called the “petro,” will be backed by oil and gas reserves.

The move comes as the Venezuelan bolivar has collapsed and U.S. sanctions have crippled the country’s ability to trade and borrow.

The country is attempting to reset its financial slate by jumping on the crypto bandwagon.

China, Russia and Ukraine are also seriously looking into launching cryptographic versions of their own currencies.

However, these state-run cryptos will suffer from the same problems their legacy currencies did. That is, governments can still print as much money as they want.

The takeaway here is that countries will adopt this technology because it’s superior to the old system. It’s faster, cheaper and more secure.

But the beauty of real crypto is that it’s not controlled by central banks or governments. The number of coins can be hard capped. Bitcoin, for example, will only ever have 21 million coins.

Bitcoin, the original cryptocurrency, is responsible for this budding revolution. Its blockchain technology, which is open-source and free to use, is set to change the world.

With blockchain, anyone can create and trade scarce digital assets.

So while nations will almost certainly attempt to modernize their own fiat currencies by “going crypto,” the real action is happening with independent cryptocurrencies.

There are now thousands of unique crypto assets (cryptocurrencies and tokens).

The value of all these assets combined recently passed $693 billion, with bitcoin currently making up 33% of the total as I write.

Here’s a snapshot from Coinmarketcap.com, which tracks hundreds of digital assets… 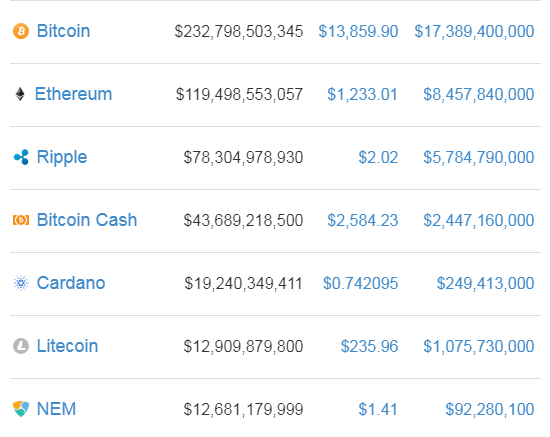 Each asset has its own purpose and niche. Here’s a quick overview of the top two cryptocurrencies, bitcoin and Ethereum.

Bitcoin is seen as “digital gold” – a new way to store and transfer value. As the original coin (and the most liquid), it also acts as a sort of “reserve currency” for the crypto world.

Ethereum, the second-largest digital asset, is more complex. It’s a cryptocurrency, but it’s also much more than that. It’s a platform for building decentralized applications.

It has its own coding language that can be used to create “smart contracts.” The most common use of smart contracts today is initial coin offerings (ICOs).

ICOs are similar to IPOs, but for new cryptocurrencies and tokens. Money is raised from the public to fund the development of new projects.

Most ICOs today take place on the Ethereum network. In essence, you send Ethereum to a specific address and receive the new coins in exchange.

The entire process is powered by smart contracts and hosted on the Ethereum network, which is made up of thousands of powerful computers around the world.

Blockchain will likely go down in history as an invention comparable in magnitude to the printing press.

The tools necessary to create and maintain digital assets are now freely available to all. Cryptocurrencies are leading the way, but the potential applications of this technology are simply mind-blowing.

Here are a few:

There are multiple crypto projects tackling each of these gigantic areas. And we’ve only just begun to explore the possibilities.

So when I hear someone call crypto a fad or a fraud, I chuckle.

What we’re seeing is the beginning of a technological breakthrough the likes of which the world has never seen (with the possible exception of the internet).

Yes, I believe it’s going to be that big.

If you’re looking for guidance, our research service First Stage Investor is a good place to start. We currently have five crypto recommendations and some incredible gains. To learn more, click here.

The post How Blockchain Technology Will Change the World appeared first on Early Investing.

The Fight Over Data Ownership Has Just Begun