Crypto Blog
You are here: Home / Crypto Blog / Bitcoin / How I Betrayed My Mentor and Became a Great Investor 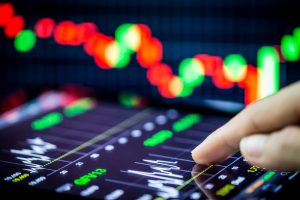 One of the first people who shared his investing acumen with me was Peter S. We called him Saint Pete because he was anything but.

Pete told me investing is as complicated or as simple as you make it. He chose simple. He said it’s the shortest line between point A (ignorance) and point B (knowledge).

And he shared with me some simple truths.

How to Buy Low

He also said price matters. Buying low is what you strive for. But it’s easier said than done. So how?

Pete said there are two ways to buy low. The first: Buy into inept companies. Not recommended. You get what you pay for, he warned.

Then he quoted from one of his favorite books by Benjamin Graham (soon to become one of mine), The Intelligent Investor… “In the short run, the market is a voting machine but in the long run, it is a weighing machine.”

Meaning the market eventually figures out the true worth of a company, allowing mispriced shares to pay off “in the long run.”

I followed his advice.

The Problem With Patience

Over the next couple of years, I found several companies at great prices. But all was not fine.

A couple companies I selected made great gains. But most didn’t.

What was the problem? I wondered.

Was my evaluation flawed?

Should I have chosen companies that were even more underpriced?

What was I doing wrong?

Then it dawned on me. The long run could mean anything.

It could certainly mean something longer than a couple of years. This epiphany did not sit well with me.

It’s not that I couldn’t wait. I’m a patient man. Always have been.

It was that the long run was such a wishy-washy notion.

What exactly did it mean?

Was it five years? If so, I could then decide if an investment made sense for a five-year period.

Or was it 50 years? That would be a different proposition entirely.

As John Maynard Keynes remarked in his 1923 classic book, A Tract on Monetary Reform, “In the long run we are all dead.”

In other words, betting against the market in the long run might be a winning strategy, but it’s not necessarily a practical one.

In Step With the Market

I was at a crossroads.

I wanted to keep it simple… find “great companies at great prices.” But I also wanted to make investments that were more in rhythm with the market’s internal drumbeat.

So I did something that St. Pete would have disapproved of.

I began looking at technical charts.

At first, I relied on standard parameters developed by others. Eventually, I used parameters of my own making.

I spent hours every day comparing daily charts with weekly and monthly ones. I learned to recognize patterns that indicated when stocks were overbought or oversold.

And then something amazing happened.

I was no longer fighting the market.

I was no longer hoping against hope that prices would move in the “right” direction sooner as opposed to later.

Instead, using my technical indicators, I could anticipate when prices were preparing to go up (or down).

I was still recommending companies that had great fundamentals and great prices. I simply added a technical analysis (TA) layer.

It helped me predict when prices would go up. And that became an important consideration and sometimes, when all other things were equal, the arbiter of which stocks I would choose.

Say, for instance, I was considering two equally strong companies. They were both underpriced by 40% (not uncommon, by the way).

Then I would select the company whose shares would begin rising sooner, according to my TA.

That’s how I chose a big chipmaker from Taiwan, a telecom company from Indonesia and a global fast-food franchiser, to cite just a few of the dozens of picks I made.

A Language Worth Learning

Why wait two months, two years or more? Why not let the market “speak” to you?

That’s all TA is.

The market has its own subtle language. If you learn it, you know things that others don’t.

It’s like learning how to read facial expressions. Hearing the spoken word is one thing. But do you know when a smile is expressing aggression? Or when “yes” means “no”?

Wouldn’t you like to know that when an asset is going down, it’s actually preparing to go up?

That would be extremely useful information, wouldn’t it? A language worth mastering?

Now, to be fair, TA doesn’t always get it right. We’re dealing in probabilities, not certainties. But the tools I’ve used in my own personal experience – such as support and resistance, trendlines, and daily and weekly moving averages – have given me valuable insight into changes in direction of price.

That said, I would NEVER use it as the only thing I look at.

That goes for stocks and any other asset class.

The Cadillac of TA

But here’s the thing. TA can be applied to lots of assets, including cryptos.

We haven’t used it for startups because there is no price liquidity there… no daily buying and selling… nothing for TA to grab on to.

But crypto is another story.

Of course, if you know anything about Adam and me, you know that we’re NOT going to jump into any old jalopy. We’re going to take a deep dive into the indicators that work the best and then develop parameters that sharpen their ability to predict.

We set out to make the Cadillac of TA systems.

It took a lot of work. But we’ve finally finished it.

And very soon, we’re going to unveil it to subscribers of our Crypto Asset Strategies service. By the way, it seems to work beyond what we thought were unreasonably high expectations.

The post How I Betrayed My Mentor and Became a Great Investor appeared first on Early Investing.

Rhode Island Fears Missing Out, Ethereum Classic Gets Some Money Back

Crowdfunding is the Next Evolution of Startup Investing

Cryptocurrency is a Playground for the Ultra Rich
Scroll to top