Crypto Blog
You are here: Home / Crypto Blog / Bitcoin / How Marijuana Will Change the World 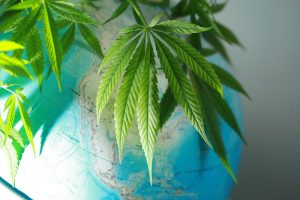 We’re getting closer to the end of marijuana’s prohibition era.

Cannabis has been legal for long enough now to give us a good idea about how legalization will affect communities.

The changes we’re seeing are dramatic – and overwhelmingly positive. And things are only going to get better.

Shutting Down the Cartels

Legalization is hitting the drug cartels hard. The Washington Post’s Wonkblog even declared, “Legal marijuana is finally doing what the drug war couldn’t.” It explains that seizures of marijuana at the border have plummeted from 4 million pounds in 2009 to 1.5 million pounds in the past year.

Drug cartels can’t operate in this environment. Americans can grow pot too cheaply in their own states. With less drug smuggling, we’ll be able to hire fewer border patrol agents – or focus their energies elsewhere.

And fewer arrests means less government spending, which is always a good thing.

With nine states opening up their markets completely, cannabis prices have dropped sharply in most areas.

In Oregon, for example, prices fell 50% from 2015 to 2017. There’s so much local (legal) marijuana being produced that it’s choking off the illegal, smuggled competition.

I can almost guarantee you that little to no cannabis is being smuggled into Oregon today. It would be pointless.

There’s also evidence that legalization may be cutting into alcohol sales.

All the new local production is driving real job growth in many states. It’s estimated that the marijuana industry has created 123,000 full-time jobs so far. And it’s just getting started.

Big businesses will be built over the coming years producing, delivering and selling marijuana legally. It’s a product people desire, either for medical or recreational use. And that’s what real economic growth is about. (Even hedge funds are getting in on it.)

There are other benefits too. States with legal pot see far fewer painkiller prescriptions written. And a 2014 study even showed that states with legal marijuana had 25% fewer opioid overdose deaths.

That’s because THC (one of the medical compounds in marijuana) is a very effective painkiller and, unlike opioids, isn’t addictive. (I’ll cover the medical potential of cannabis – which is tremendous – in future articles.)

And there’s money to be made investing. What more could you ask for?

States that fail to legalize soon will be left out of this booming industry. Eventually the pressure will become too much for them to bear, and they’ll cave.

Then finally, the federal government will have to act and end marijuana’s prohibition for good.

And we’ll be off to the races.

The post How Marijuana Will Change the World appeared first on Early Investing.

Amazing Growth in the Medtech and Healthcare Sector

Want to Develop Bitcoin Cash Apps? Bitcoin.com Has You Covered
Scroll to top