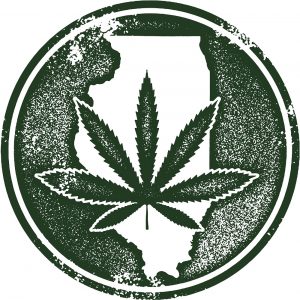 On January 1, 2020, Illinois will legalize marijuana for recreational use.

Illinois is going to be a huge market once fully legalized. The state has a population of more than 12 million, including popular tourist destination Chicago. And it is the second-largest state to legalize recreational cannabis, behind only California.

Desperate for new sources of revenue to plug gaping budget holes, the state plans to tax recreational sales at rates of up to 34.75%. I suspect this excessive taxation will backfire and boost black market sales.

But Illinois did get one important thing right. On January 1, the state will begin expunging (clearing) the criminal records of 770,000 state residents who have been arrested for marijuana-related crimes.

People who were convicted with up to 30 grams of cannabis in their possession will automatically have their records expunged. Those caught with 30 to 500 grams can petition the courts for expungement.

Illinois’ decision to expunge marijuana crimes from criminal records reflects a significant trend in marijuana legislation, and I hope this trend continues.

For decades, marijuana users have been unjustly persecuted by the law. As I covered back in March 2016, the war on marijuana has disturbing political origins. President Nixon launched the war on drugs. And his domestic policy advisor, John Ehrlichman, admitted their motivations back in 1994. Here’s an excerpt from Dan Baum’s 1994 interview with Ehrlichman that appeared in Harper’s Magazine (emphasis mine).

“You want to know what this was really all about?” he asked with the bluntness of a man who, after public disgrace and a stretch in federal prison, had little left to protect. “The Nixon campaign in 1968, and the Nixon White House after that, had two enemies: the anti-war left and black people. You understand what I’m saying?

“We knew we couldn’t make it illegal to be either against the war or black, but by getting the public to associate the hippies with marijuana and blacks with heroin, and then criminalizing both heavily, we could disrupt those communities. We could arrest their leaders, raid their homes, break up their meetings and vilify them night after night on the evening news. Did we know we were lying about the drugs? Of course we did.”

The war on drugs is and was motivated by political concerns. A powerful group needed an excuse to persecute its political opponents, so it found one. Millions of people have suffered as a result.

Expunging the records of millions of people whose lives were negatively affected by these unjust laws is the least we can do.

The economic benefits of legalization are easy to see. Cannabis, in its various forms, can produce valuable medicine, food, fiber and a recreational drug. It grows quickly. And it’s one of the most expensive crops in the world.

Cannabis can’t be transported across state lines (legally), so all the economic activity stays in state. This booming industry is also a badly needed source of high-quality jobs.

In the end, we’ll have millions fewer arrests in the U.S. per year. Human potential is wasted in jail, so I’d say that’s a very positive thing for the economy.

I believe the expungement of criminal records (if it catches on) will also have a positive economic effect. Think about how many people have had their careers cut short over a marijuana conviction. Hopefully these folks will get a boost of confidence once their records are cleared.

Cannabis is a bright spot in the economy, and I couldn’t be more excited about it from a financial perspective. It’s going to be great for the country, and especially for investors who manage to find the winning brands.

We’re spending an increasing amount of time researching the market, and we’ll be sharing more of our findings in the near future. Stay tuned.