Crypto Blog
You are here: Home / Crypto Blog / Bitcoin / Investing in Bonds Doesn’t Have to Be Boring 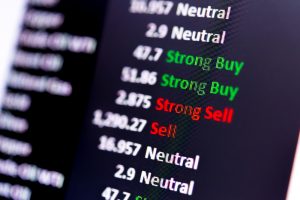 Editor’s note: This is the second and final piece in our series on higher-risk bonds. Why did we choose to run this series? It’s simple. We believe in diversifying our portfolios. We also like assets with higher upside (even if they come with a little more risk). Normally, you don’t associate bonds with high upside or higher risk. But as today’s column shows, that thinking is flawed.

When a typical investor hears the word “bond,” the next word that comes to mind probably falls within one of two camps: “stable” or “boring.”

The reason folks don’t find the bond markets particularly thrilling is because they associate bonds with Treasurys and high-grade securities… which, to be fair, are popular among retirees. They’re also not exciting.

These are conservative debt investments designed to hold a stable value and provide a modest yield… zzzz.

I’m not immune to the drab formalities of a typical Treasury or savings bond.

But on the whole, bonds don’t necessarily deserve the boring reputation that they’ve taken on.

If you have the stomach for it – and the willingness to research – the bond market can be surprisingly rewarding.

There are big profits waiting to be found in higher-risk bonds.

These are decidedly not your grandmother’s bonds. They come with risks and corresponding rewards that a typical Treasury lacks.

Like governments, corporations can also get in on the debt investment party. For the investor, a bond is simply a certificate of debt. The reward for lending to a company like this is repayment of your original investment plus interest.

But some corporate bond issuers are risky borrowers. Those risky borrowers also happen to offer bonds with high interest rates. As the investor, you get paid more for taking on more risk.

Corporate bonds aren’t guaranteed by the full faith and credit of the government. Instead, the repayment is entirely dependent on the corporation’s ability to repay. That also increases your risk as an investor.

So before investing in any corporate bond issues, it’s a good idea to consider the possibility of a default and factor in this risk.

Standard & Poor’s and Moody’s offer frequent evaluations of companies’ ability to repay their debt. They range from “AAA” down to “D” – meaning payment is in default.

Junk bonds (carrying a credit rating below “BB” from the S&P or below a “Ba” rating from Moody’s) are high-yield investments that can offer prodigious yields.

To the Victor Go the Spoils

By no means does junk status mean you can kiss your money goodbye. You can see a sizable profit. Or you might not see a full return on your investment.

Like investing in private, early-stage startup companies, investing in corporate bonds is all about managing risk… because corporate defaults do happen.

The average junk bond yield is 8.4%, according to Merrill Lynch – which is up from a mere 5% in mid-2014. And if you know where to look, double-digit coupon rates are out there.

Unlike the federal government, municipal governments do occasionally default on their debt… like Detroit did in 2013. Thus muni bonds do carry some risk. That’s why the average interest rate for a municipal bond falls somewhere between junk bonds and Treasurys.

When you look at the bond market as a whole, it becomes clear that the stereotype of “Grandma’s low-yield savings bond” applies to only a small section of it.

There’s plenty of profitability to be found in debt investments… if you’re willing to take on a little extra risk.

The post Investing in Bonds Doesn’t Have to Be Boring appeared first on Early Investing.

How to Ignite Capital Growth in 2020 (Not Through IPOs)

The Fed vs. Fundamentals

When Product Origins Matter (and When Consumers Don’t Care)