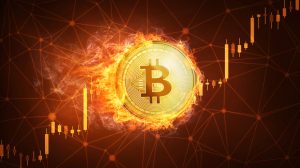 I used to spend a great deal of time vetting mining operations.

It wasn’t crypto mining, though.

This was way before that. I was running a business based in Jakarta and Singapore at the time.

I was a popular guy. I must have looked at 90% of the mining proposals floating around Jakarta.

My money was particularly attractive because it was American money.

Most of my vetting was done from our downtown Jakarta office on prestigious Sudirman Avenue. But not all of it…

We made our way by Jeep, riverboat and, when necessary, by foot. (Dirt roads carved into the jungle had a habit of disappearing for several miles at a time.)

It was a grueling and exhausting trip… but one of my favorites.

I used to evaluate proposals promising large profits. Problem was, they often relied on a limited number of facts.

I now read tons of white papers on ICO offerings.

Not all that different from vetting a mine based on a pre-feasibility study.

Nowadays, when people ask me about bitcoin, my instinct is to think of it first and foremost as a mining operation… as if I were evaluating a prospective gold mine in Papua.

The similarities go beyond a dearth of hard information.

In both cases, what’s being mined are commodities whose worth stems from their utility (as a store of value) and in part from speculation.

It’s no coincidence that bitcoin is called “digital gold.”

Billionaire co-founder of PayPal Peter Thiel says, “[Bitcoin] is like bars of gold in a vault that never move.”

And just like the “gold bugs” back the precious yellow metal as much for what it is (a highly valued, scarce asset) as for what it isn’t (a fiat currency subject to government manipulation), an army of true believers backs bitcoin.

But that’s as far as I’m willing to take the comparison.

Gold has gained its reputation over millennia. Relatively speaking, bitcoin has been around for only two minutes.

The total value of historical gold mine production is around $9 trillion, according to the GFMS Gold Survey in 2017. Bitcoin’s total value is a tiny fraction of that – 1.4%.

I can’t say the same for bitcoin. (I’ve been asked dozens of times if bitcoin is a sure thing. My answer has always been the same: “Of course not.”) But here’s the thing…

Bitcoin may go away at some point… BUT NOT ANYTIME SOON.

It enjoys some big advantages over other crypto coins.

For one, it has a huge network of users, developers and investors. And that’s just for starters…

It also was the first crypto coin and enjoys a strong first-to-market advantage.

It has unrivaled brand recognition that even the next biggest coin, Ethereum, can’t touch.

The aforementioned Thiel is one of the biggest champions of bitcoin. His Founders Fund has bought $15 million to $20 million worth of bitcoin.

So does it surprise you that Thiel also thinks bitcoin is no sure thing?

Man, I wish he were a little more specific with his time parameters.

If he really means what he says, there’s a 100% chance that it will have no value at some point in the future.

If I had to choose one of these time frames, I’d pick five to 10 years.

For all its advantages, bitcoin is nowhere close to being an unassailable dominator.

In order for its value to continue ascending, it must scale usage.

If bitcoin can’t keep up with other speedier crypto coins, it could forsake its function as a means of payment and stake its place in the crypto world as a store of value.

Bitcoin also has dozens, if not hundreds of competitors emerging every year. Coins that are not only faster but smarter, more specialized, more anonymous, etc.

But there’s a real-world example that gives bitcoin backers hope. It’s none other than Amazon.

Amazon has competitors popping up left and right with cheaper, more specialized or higher-end offerings. Yet it just seems to get bigger and stronger with the passage of time.

Could bitcoin turn into the “Amazon of crypto coins”? Sure, it’s possible.

Think about it… Amazon excels in the two things customers value most: price and convenience.

For bitcoin, the equivalent traits could well turn out to be trustworthiness (bitcoin has never been hacked) and scarcity (there are only 21 million mineable coins).

With all this said, I’m sticking to my five- to 10-year prediction for bitcoin.

Like Thiel, questioning how long bitcoin can last doesn’t prevent us from liking bitcoin.

I favor bitcoin for many of the same reasons I gave gold mines in Papua serious consideration. Like gold, the price of bitcoin is twin-fueled. Its utility value should go up over time. And, as a speculative play, it should continue to attract investors.

Adam and I continue to believe bitcoin is an extraordinary investment opportunity… and more so than ever at its current favorable price point.

Whatever its ultimate fate, we think bitcoin’s best days still lie ahead.

Bitcoin Price: Are Bitcoin Bulls Back in the Saddle?

Here’s Why Bitcoin is Not a Pyramid Scheme