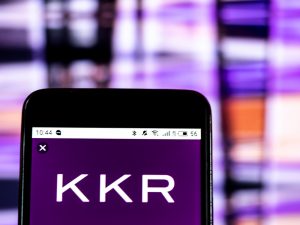 As one of the first companies to use leveraged buyouts (LBOs), KKR helped write the private equity (PE) LBO playbook. KKR’s hit list includes the buyouts of RJR Nabisco in 1988 and TXU Energy in 2007. The latter is the biggest LBO in history.

It’s pretty simple. You buy cash-rich, legacy companies for remarkably little cash up front. Most of the buyout price is converted into debt that goes on the company’s books. You make your return by containing costs while not destroying the company’s ability to pay off its loans.

The strategy has had its share of controversy and is not without risks. Firing employees is the go-to move for constraining costs. Companies sometimes struggle to pay off their heavy debt and ultimately go out of business. And it could be argued that the strategy works better for the investors than it does for the takeover targets.

In fact, it’s worked exceedingly well for KKR. The giant PE firm has amassed assets worth about $98 billion, making it the fourth-biggest PE firm in the world.

PE covers a lot of ground. So, technically, both leveraged buyouts and venture capital (VC) are part of the PE investing universe.

I’m much more interested in what this pivot says about the pre-IPO space than the LBO space. But let me say that I don’t, by any means, think this spells the end of LBOs. KKR’s main business will continue managing its flagship $14 billion North American buyout fund.

KKR’s pre-IPO growth fund raised $711 million and is managed by a 20-person team spread across Silicon Valley, New York and London. So far, the team has invested in 11 tech startups, using about 90% of the $711 million. It’s still looking for another company or two to round out the portfolio.

Not Too Old to Learn New Tricks

KKR is a rarity in the investment landscape. Large financial firms are typically slow to recognize and even slower to act upon new trends. But eventually some, like KKR, do.

So why did a traditional PE company start messing around with high-growth, but unproven, startups?

KKR had an extremely profitable way to squeeze money from slow-growth legacy companies, but writing $50 million or $100 million checks from a $14 billion fund stopped moving the needle. At the same time, it began noticing meaningful growth slipping away from the public markets. Here’s how KKR managing director Vincent Letteri describes it…

When I started at the firm a dozen years ago, the average company stayed private around 6 1/2 years before they went public; today that number is around 11 years. So you’ve seen this shift in value creation from what traditionally used to happen in the public markets now happening in the private markets, and we [KKR] didn’t have a pool of capital to invest in those companies.

KKR wanted a piece of that action, so it created its pre-IPO Next Generation Technology Growth Fund.

Let’s be clear here. The pre-IPO space doesn’t need KKR to legitimize it among institutional investors or give it needed liquidity. But it does provide KKR a very different kind of investment opportunity for its wealthy clients. It allows KKR to take advantage of a “shift in value creation” from the public to the private markets.

Is it risky? Somewhat. KKR could have played it safe and stuck to its strengths. And nobody would have questioned it. Instead, it is carving out a position in markets with tremendous upside. And it’s given itself an escape route, in case the public markets quicken their demise.

Remote Work May Be the Future (and the Present)

Trying to Keep Up With Crypto Taxes, Conflicting Marijuana Regulations

News Fix: Market May Have Bottomed Out