Mixin Network announced today that the largest bounty mission platform Candy.ONE has adopted Mixin Network as its underlying technology for more scalability. The strategic partnership between the two blockchain titans will continue to build a robust ecosystem. With a 5 million and growing community base, Candy.ONE is expected to expand the Mixin Network community significantly.

A 48-hour bounty campaign has been launched alongside the announcement. The highest-ever reward at 3 billion CANDY token will be distributed to the community members who support on the XIN token listing on FCoin, another leader that invented the novel “trans-fee mining” mechanism on its decentralized exchange system.

To join the boost please do the following: 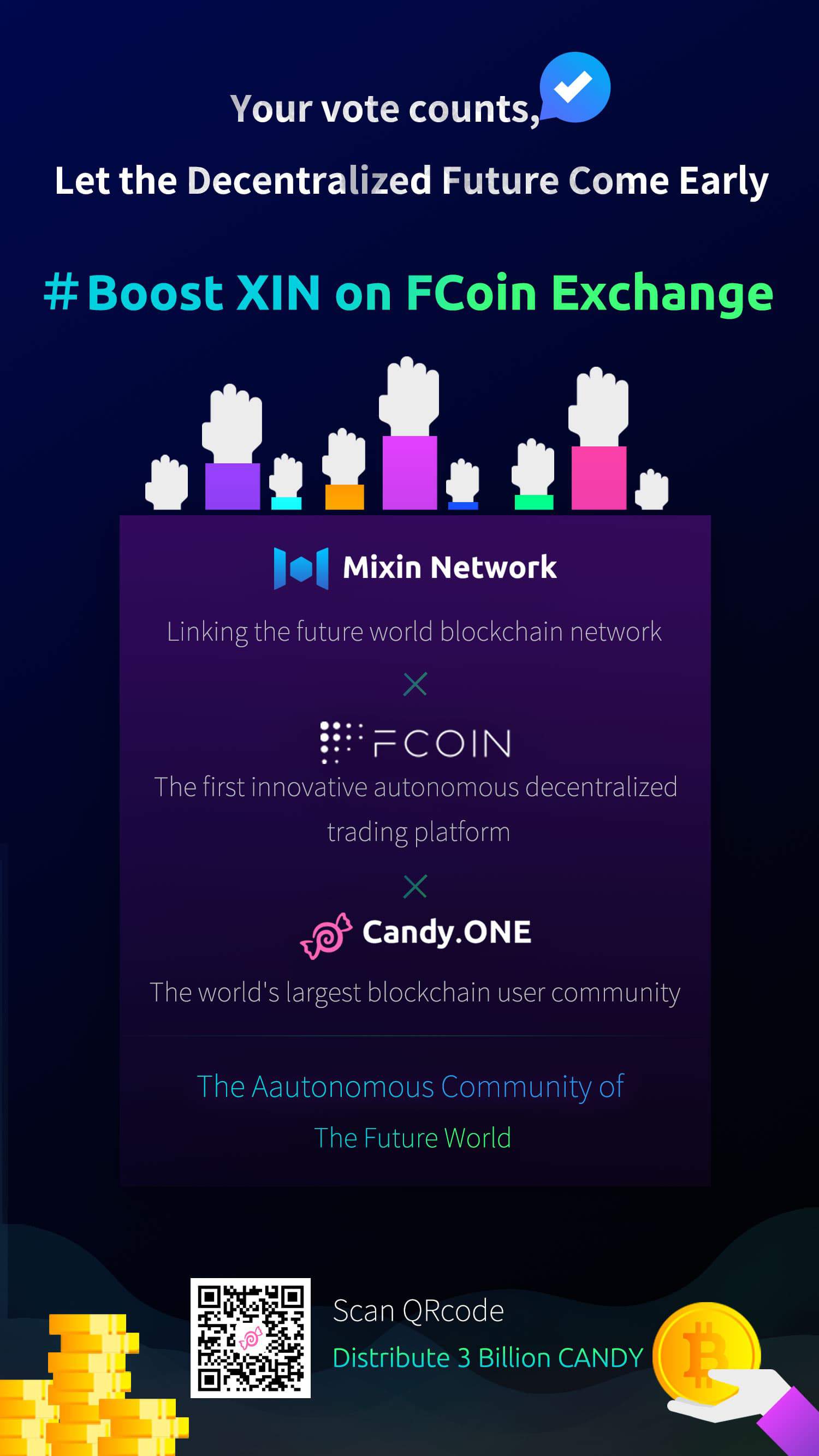 Opinion: Authorities Clamping On Telegram And Libra Could Signal Negative For Bitcoin

Ripple Price Analysis: XRP Gaining Momentum At $0.16 But Continues To Fall Against Bitcoin

Bitcoin Price Analysis Nov.14: Key support has broken. $6K is on the sight