Crypto Blog
You are here: Home / Crypto Blog / Bitcoin / Litecoin Price Analysis: LTC On The Bounce Against BTC – Can We Reach $...

Litecoin has seen a 10.60% price increase over the past week, allowing the coin to rise to the $76.50 level. This latest surge has allowed Litecoin to climb back above the 2019 rising trend line as the coin sets its sights toward the $80 level.

Litecoin is the fifth-largest cryptocurrency with a market cap of $4.82 billion, sitting $900 million behind the fourth-largest coin, Bitcoin Cash.

Looking at the LTC/USD 1-Day Chart: 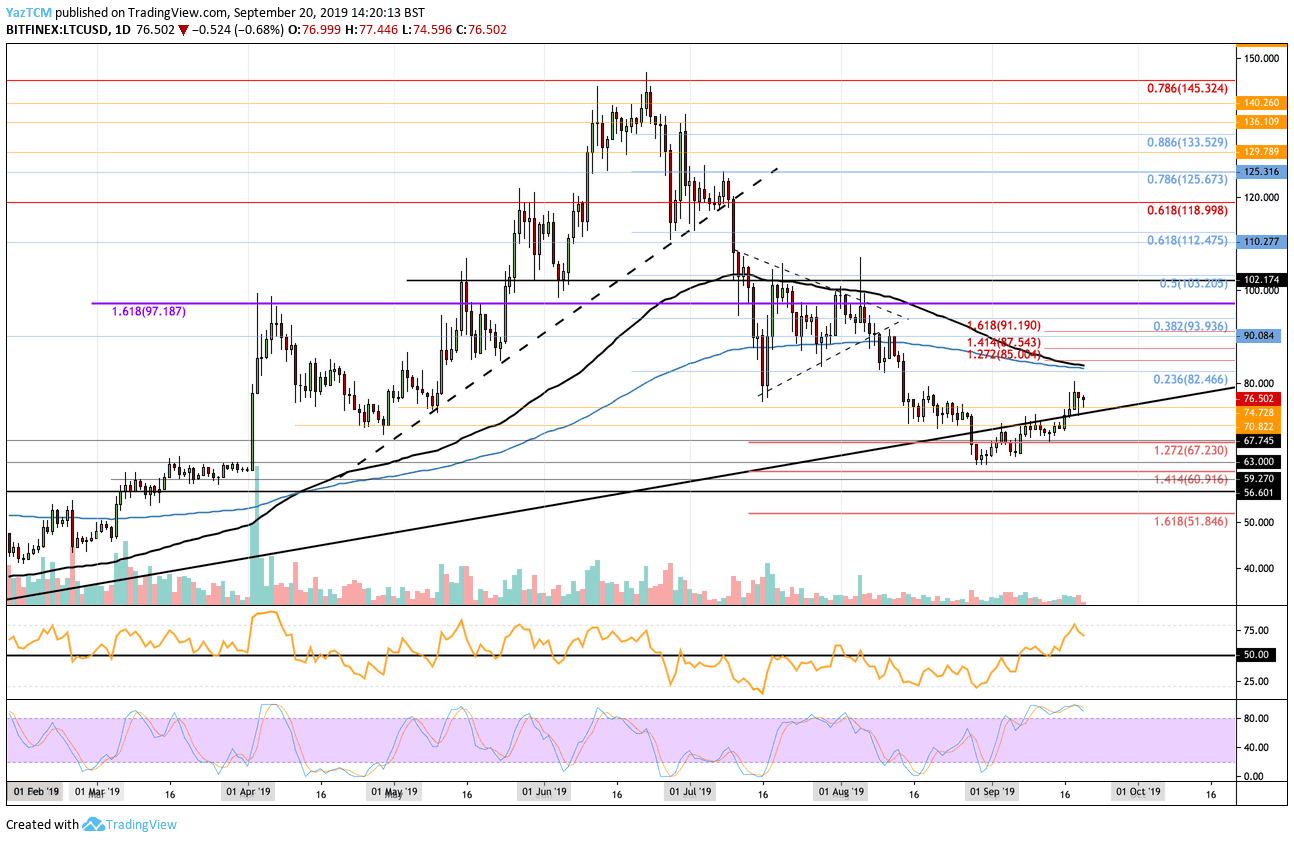 Looking at the LTC/BTC 1-Day Chart: 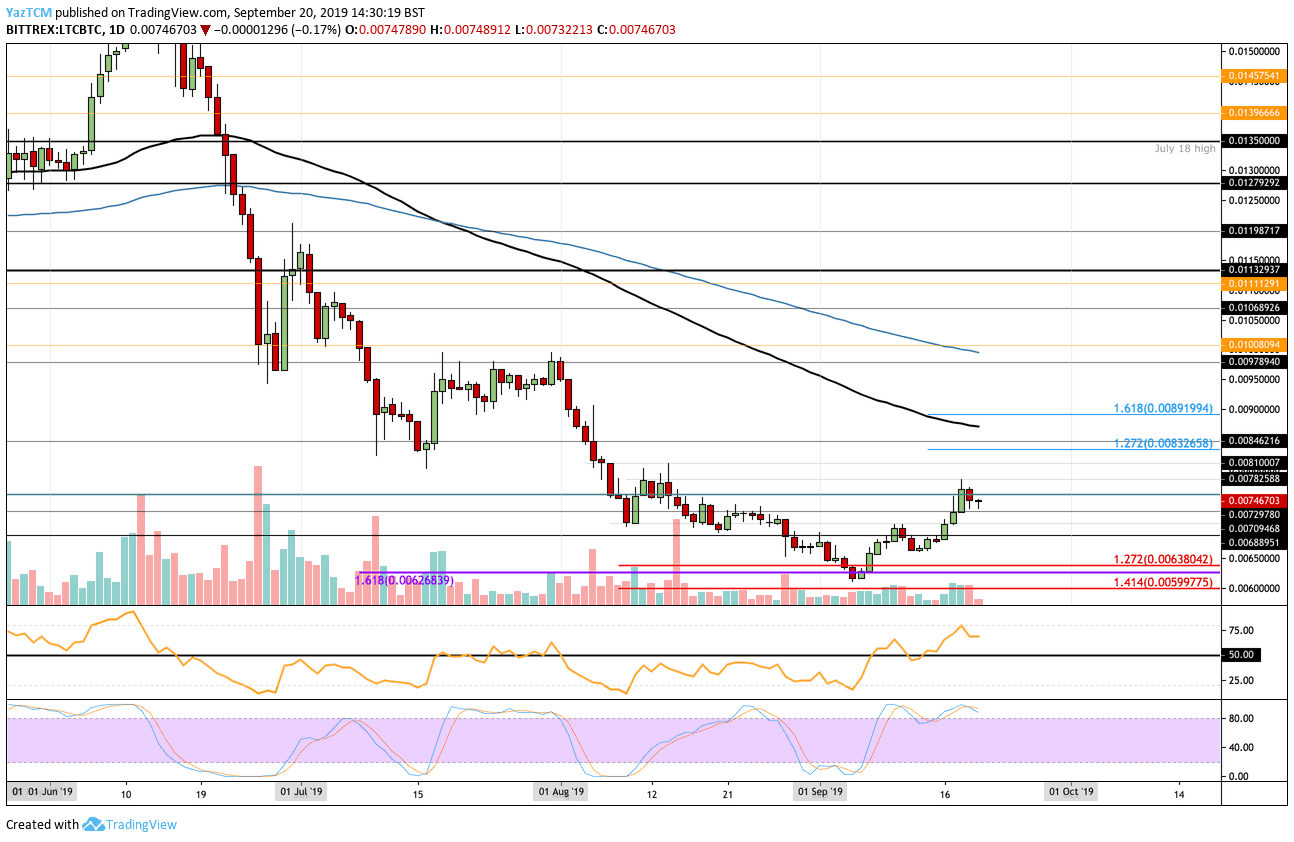 The post Litecoin Price Analysis: LTC On The Bounce Against BTC – Can We Reach $80? appeared first on CryptoPotato.

Binance Will Use Syscoin (SYS) Bridge for BUSD Stablecoin

What Will $6 Trillion in Monetary Expansion Do To Cryptocurrency?

Local Restaurants to Use Lightning Network as Bitfury Partners with Paytomat