Tezos saw a sharp increase of 16.66% over the past week and it currently trades at $1.33. More impressively. the cryptocurrency is up by 35% against Bitcoin. Over the past month, XTZ managed to gain more than 70% and it’s the best-performing altcoin amid this rather bearish market.

Tezos is now ranked in the 14th position with a market cap of $903 million.

Looking at the XTZ/USD 1-day chart: 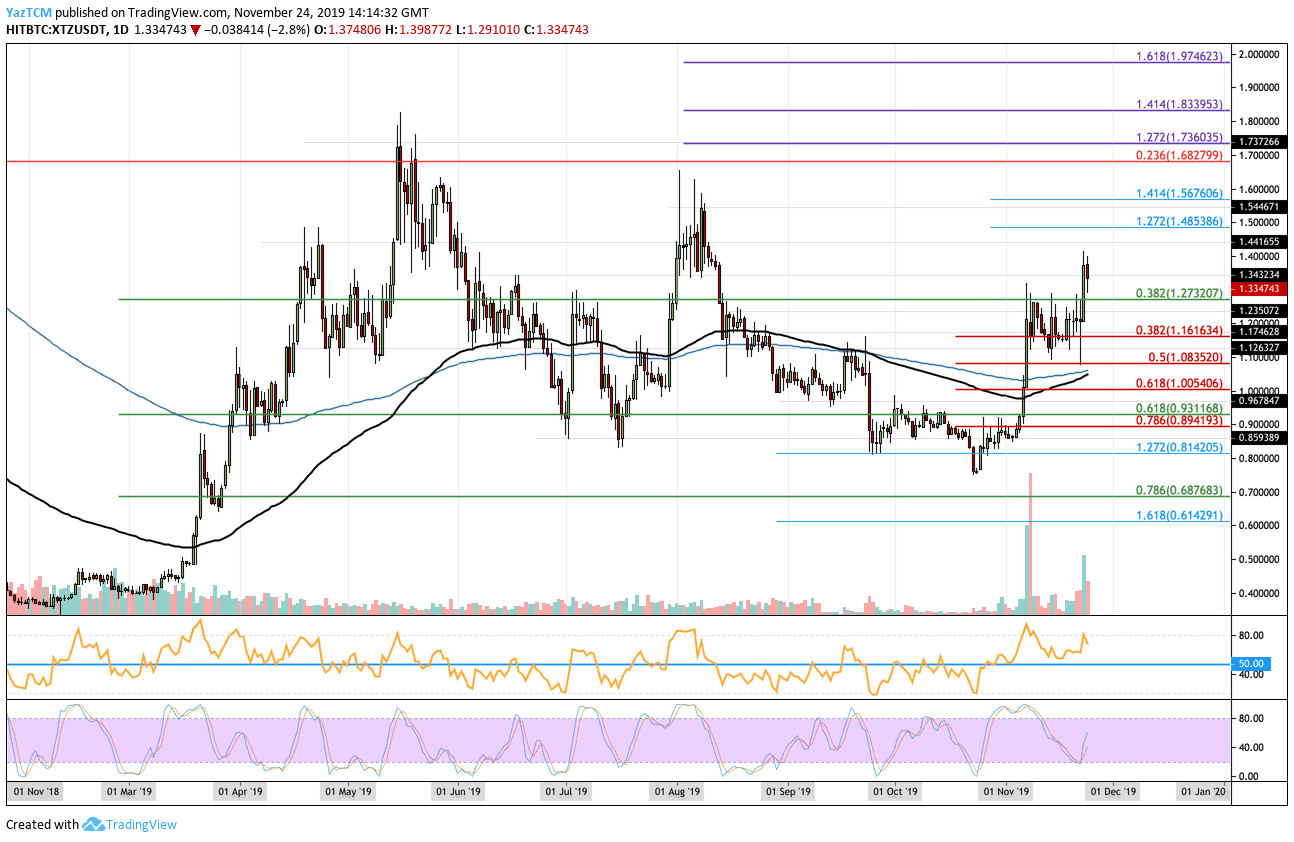 Looking at the XTZ/BTC 1-day chart: 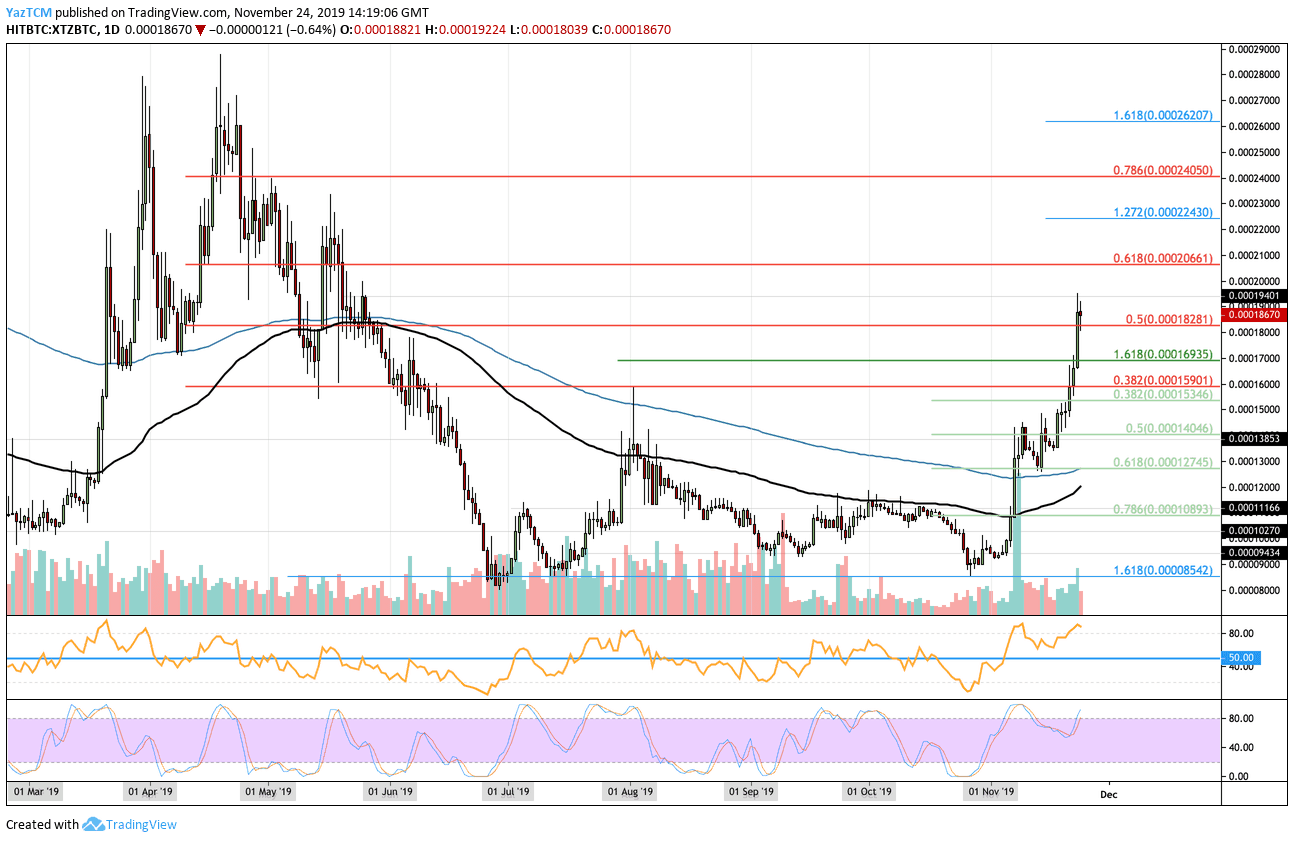