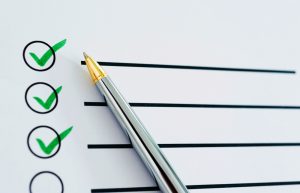 I just recommended two companies to members of our First Stage Investor service.

They’re in completely different markets and have unrelated technologies. One is for enterprises. The other is for individual consumers.

I can tell you the companies couldn’t be more different…

Yet the investment thesis I used to recommend them is the same.

In both cases, their ability to disrupt the market is off the charts.

Companies with two out of these three are much more common… and far less appealing.

When you replace early stage with late stage, for example, the technology is tested and iterated – and eventually becomes proven. Late stage combines effortlessly with high impact. But, critically for investors, these companies also come with a much higher price tag.

Professional venture capital investors typically avoid this combination, even though it offers the tantalizing prospect of huge growth and rewards.

Why? They know these very early investments are risky even when the technology works.

How about early-stage companies that use low risk and proven technologies? This early on, they usually haven’t had time to go through many iterative/improvement cycles.

Plus, it’s the same old technology. Perhaps the company has found a niche market or a novel business model that can breathe new life into a garden-variety technology. But the impact tends to be limited.

I hope now you can understand why I was so excited to discover a couple of startups that had all three attributes.

One of them took a technology that was widely used in Asia for two decades and overlaid the technology with an artificial intelligence/machine learning component that dramatically improved its accuracy. It then brought the technology to the U.S. where it had never been available.

And since the technology tests for cancer, its potential impact in this country is huge. By the way, it’s accomplished all of this before its current Series B raise.

The other company we recently recommended upgraded basic hypervelocity technology that has been around for decades.

The company found new and exciting applications in the energy, space and mining industries for the technology. It hopes to disrupt and transform each of these markets. If it transforms just one, it would still qualify as a high-impact company. Just so you know, this company is in the middle of a Series A fundraise.

Again, it checks all three boxes. It’s early-stage. It uses a mature technology. And it’s aiming to move the needle in three large global markets, scoring high on the impact meter.

High impact, of course, means these companies are on the road to (hopefully) massive adoption. If they succeed at all, it’s likely such success will be spectacular… and they’ll have valuations to match.

And since we’re talking about early-stage companies, their prices are dirt cheap – a few bucks per share.

This is the allure and rationale behind early-stage investing. In return for taking on risk, you pay extremely low prices. But if you can take a chunk of that risk (in this case, technology risk) off the table while retaining the extreme upside, you have an even more attractive investment.

Of course, there are no guarantees here. They still must navigate a long and challenging road. But if you’re lucky enough to come across any companies with all three attributes, check them out.

The post Look for Startups That Check These Three Boxes appeared first on Early Investing.

Investors Should Avoid Getting Hertz

Mailbag: The Logic Behind Lyft’s IPO, Investing in Precious Metals

Q&A: Make Sure You Avoid These Investment Mistakes