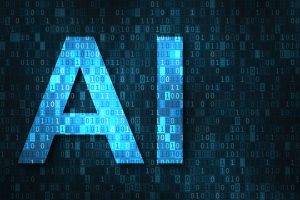 Q: Facebook is reportedly launching a cryptocurrency. How much of a threat will this be to bitcoin?

A: At first glance, news that Facebook is working on its own cryptocurrency would seem like bad news for bitcoin. After all, Facebook has more than 2 billion users and employs thousands of talented programmers. And the company reportedly has 50 engineers working on this “secret” crypto project.

However, I don’t see Facebook’s coin as a threat to bitcoin. According to Bloomberg, Facebook’s “crypto” is likely to be a stablecoin pegged to a basket of traditional (fiat) currencies. This is different than most stablecoins, which are pegged to the U.S. dollar, but it’s still based on fiat currency. So it’s not a direct competitor to bitcoin and other decentralized cryptos.

I also don’t think the world trusts Facebook (nor should we). Many of us remember when, in 2010, a conversation between Mark Zuckerberg and a friend, from the early (Harvard) days of Facebook, was leaked. Here’s a portion of that conversation.

Zuckerberg: yea so if you ever need info about anyone at harvard

Zuckerberg: i have over 4000 emails, pictures, addresses, sns

Friend: what!? how’d you manage that one?

Zuckerberg: i don’t know why

Zuckerberg: they “trust me”

Is this a company you’d trust to handle your financial transactions? Privacy scandals have been a regular feature at Facebook since that notorious leak, and as a result, I don’t think most people will ever trust Facebook.

In my view, Facebook would be better served by adding the ability to send any crypto between its users. But I suspect it wants to own the currency itself, and so it’s going down a different path. Plus, there’s a good chance the only place the new coin will/could be used (at least at first) is in the Facebook/WhatsApp ecosystem.

I’d be more worried if a major tech company, like Amazon or Google, launched its own real cryptocurrency (not a stablecoin). However, I don’t see that happening anytime soon. Big tech companies are increasingly at the mercy of governments. And if they launched their own independent currency, I don’t think regulatory matters would go their way.

In my view, corporate stablecoins are in no way competitive with decentralized cryptocurrencies like bitcoin.

Q: Forty percent of artificial intelligence (AI) startups in Europe have nothing to do with AI. Is AI becoming the new “blockchain” – just a scam to get investor money?

A: Wait just a minute. Your question implies something I take issue with.

Blockchain is much more than a scam. It’s a legitimate technology with huge potential. But it’s true that the space has been invaded by a horde of scamsters.

If that’s what you’re trying to say, I can’t argue.

So has AI become similarly infested?

Unfortunately, the short answer is… yes. Without getting too obsessive about the extent of the infestation, we can agree that 40% is a ridiculously high and somewhat scandalous number.

Ah, but that’s Europe and not the U.S., right? At least the honest citizens of this country haven’t stooped so low just to add a little hype to a company’s reputation. If only…

I’ve been thinking a lot about the AI sector recently. Just like blockchain, it’s a hugely impactful technology. It can do things no technology before has done, things like identify patterns… predict trends… recognize speech… and personalize products.

And, just like blockchain, I’ve had to come to grips with its “seedier,” dishonest side.

Starting about three years ago, American founders realized that mentioning “artificial intelligence” on stage to an audience, or in a deck or pitch to investors, would jack up the excitement level surrounding their companies.

So, with little justification, startups began inserting AI into the names of their companies or announcing AI-related initiatives. And presto… investments came in much more quickly and valuations spiked.

AI was that white-hot. It still is hot. Venture capitalists invested in 1,028 AI-related startups last year. That’s up from 291 in 2013, according to PitchBook. Twenty-six of those companies had “AI” in their names, compared with one company five years earlier.

Founders aren’t the only people who deserve blame though. Overeager investors trying to get into the latest hot technology are as much to blame as startups willing to stretch the truth.

No, AI is not just “another scam.” But the space will take a hit as scores of investors realize they backed companies with phantom AI capabilities at premium prices.

There’s always a period when hype is replaced with an equal and opposite overreaction. That’s how sentiment works.

Skepticism and suspicion will reign and investment levels will fall as a result… but not for long, I believe.

Due diligence, something the team here at Early Investing takes super seriously, will play a bigger role in teasing out the truth, as it absolutely should.

Now, if you’ve been paying attention, maybe you picked up the clues I deliberately dropped about our future investing strategy.

When AI loses its hype and valuation levels drop, that’s when I’ll be most intently scanning for opportunities. Buy low. Buy into a needle-moving technology. And buy companies doing big things (for real) in the sector.

If things work out the way I hope, I’ll be thanking the AI hype machine for giving me such a great opportunity.

Mailbag: To Short or Not to Short
Long-Term Investing: Stable Returns, Fewer Risks
Webinar: The Next Generation of Fintech
Robert Downey Jr. Starts an AngelList Fund
Startups Ready to Disrupt Enterprise Markets
Startups to the Rescue
News Fix: Handling Luck, Bitcoin Is Up and Podcasting Is Back
News Fix: WeWork Can’t Shake Off Its IPO Woes

How to Use Bitcoin When the Apocalypse Hits Bitcoin Cash Fans Start ‘Torch Passing’ Ceremony With a Non-Divisible T...
Scroll to top