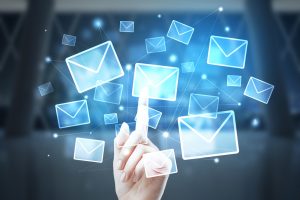 Q: I’m waiting for Bakkt to begin operations. Is it true that the government is holding things up? What’s the big problem?

A: The good news: ICE Futures U.S. is planning to list the new Bakkt Bitcoin (USD) Daily Futures Contract in just a couple of weeks… on January 24. The not-so-good news: It won’t happen on that date without regulatory approval from the Commodity Futures Trading Commission (CFTC).

And as you’ve surmised, there is a problem.

Bakkt needs an exemption from the CFTC to provide custody for its own bitcoins. Usually, custodianship is operated by a third party (a bank, trust company or futures commission merchant).

I think the CFTC will vote in favor of this exemption. But that’s not the end of the process. It would need to be followed by a 30-day comment period. The CFTC would then have to read the public comments.

You know where I’m going here… January 24 ain’t happening. The CFTC is among the organizations that have lost their funding until the partial government shutdown is resolved.

Eventually, this will all get sorted out. After all, ICE (Intercontinental Exchange) is a known quantity to the government. It’s the parent company of the New York Stock Exchange. Its exchange is recognized as a CFTC-registered designated contract market by the CFTC. As such, it’s allowed to self-certify futures products without the approval of the CFTC.

But the CFTC still has jurisdiction over self-certified financial products. If it wants, it can shut down any futures contract it doesn’t like.

Bakkt has to be sure that the CFTC is comfortable with everything that is going into its bitcoin futures trading service, not just custodianship… which is why it’s working closely with the CFTC. Both ICE and its bitcoin big-money customers need regulatory certainty.

Q: Why does bitcoin have value if anyone can create their own version of it?

A: It’s true, anyone can copy bitcoin’s code completely. Bitcoin is an open-source project, which means the software that powers it is free for the taking.

This often worries new investors. Could something bad happen if someone copies bitcoin?

Fortunately, there’s a lot preventing that. Bitcoin has a network of millions of users, thousands of developers and a global brand. It is decentralized (spread throughout the world on thousands of computers) and has an unparalleled security track record going back 10 years now.

You can’t copy those aspects of bitcoin. You can copy only the code that powers it.

So while it seems like a big deal that bitcoin is open source, it’s really not.

The value of bitcoin also comes from its global liquidity (you can turn bitcoin into fiat money in almost every country in the world). Billions of dollars’ worth trade hands every day. That’s another thing you can’t just copy.

Bitcoin already does these things so well that nobody even bothers trying to “out-bitcoin” bitcoin anymore. Projects that do build on bitcoin’s source code always make changes to it so that they’re not seen as just another clone.

Bitcoin being open-source is actually a huge positive. It allows for thousands of volunteer developers to collaborate on the project openly. Other cryptocurrencies certainly borrow parts of bitcoin’s source code, but this is not a bad thing.

When all cryptocurrency projects are borrowing code from each other, it makes for a stronger crypto ecosystem. There’s no point in copying someone’s project wholesale because then there would be nothing unique about it.

Open source projects create innovative ecosystems, and there’s no market more innovative than crypto. It may seem strange at first, but stick around a while and you’ll see the beauty in it.

Will the Fed Turn Us Into Japan?

Amazon’s Fake Review Problem Is an Opportunity for Disruption