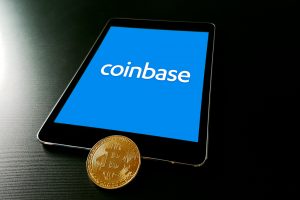 Q: Why do I have to go to places like Bittrex and Binance to invest in coins other than bitcoin and ethereum – like stellar lumens? It’s super annoying. I just want to use my Coinbase account for everything.

A: Same here. I’d prefer using my Coinbase account for everything too. It’s not perfect, but it’s the safest and easiest of all the exchanges I’ve tried. And it’s generally considered the best American exchange.

Maybe one of these days we’ll be able to use it for “everything,” as you put it. Coinbase is adding to its currently listed cryptocurrencies of bitcoin, ethereum, litecoin and, as of last December, bitcoin cash.

Regarding stellar lumens, you may get your wish sooner rather than later. Coinbase is considering adding it, along with cardano, basic attention token, zcash and 0x, in its next round of crypto additions.

Coinbase is not in any hurry to add new coins. It wants to add coins with large daily trading volumes that are fairly liquid. And it does NOT want to add coins that the Securities and Exchange Commission might restrict at some point for being a security. So it’s proceeding with caution, as it should. Exchanges operating in more relaxed regulatory environments don’t have to worry about SEC rules – and can offer more coins.

Q: We keep hearing about the SEC and Commodity Futures Trading Commission needing to have a light regulatory touch for crypto. Shouldn’t Congress step in and actually do something about that?

There are 435 members of the House of Representatives and 100 members of the Senate (including vacant seats). And only two members of Congress (that we know of) own crypto – Rep. Tulsi Gabbard, D-Hawaii, and Rep. Bob Goodlatte, R-Va. That’s it. Two out of 535. That’s less than half a percent. (Gabbard, in case you’re wondering, invested in ethereum and litecoin last December. Goodlatte invested in bitcoin, bitcoin cash and ethereum.)

(I know, I know. Right now you’re thinking Congress makes all sorts of laws that they don’t know anything about. But the key difference is theythink they know about those other issues.)

The good news is that you have the power to change this. In a previous life, I worked in and around politics. And one of the most important things you need to know is politicians actually track every interaction they have with their constituents.

Every time someone writes, calls or emails them, a summary of what the call or letter was about gets entered into a database. Members of Congress use these databases to track what issues are important to their voters – and how to vote on those issues. Politicians generally try to vote the way their constituents want them to – especially if the matter isn’t a partisan one. And crypto isn’t partisan (yet).

Here’s what you need to do to make your voice heard:

These letters are the first step in getting Congress to act. And you can’t stop with one letter. Four letters a year (once a quarter) is a good number. Get friends and family to write letters too. Volume matters. The more people who write, the more seriously Congress will take it.

It’s going to take some time to get Congress to act. But it’s absolutely worth the effort. It’s one of the few ways to guarantee the long-term health of the crypto industry.

Startup Investors: Watch Out for These Five Red Flags

Medicine’s Future is a Good Investment