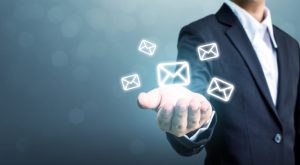 Q: Hello. We originally invested in one of your First Stage Investor recommendations with Netcapital. The new round is with Wefunder. Why the change? Thank you!

A: The short answer is: I don’t know.

But go ahead and read into those three words. Because if it were important, I definitely would have looked into it.

Just like venture capital firms fight each other to fund the best deals, so do equity crowdfunding sites. What they offer startups differs from site to site in terms of fees and commissions and, importantly, how (and how much) they market listed startups. This competition drives the portals to improve services across the board. It also gives startups plenty of choices. There’s nothing wrong with that.

We think Netcapital and Wefunder are both excellent sites with a slightly different mix of strengths and weaknesses. There’s no wrong choice here.

But if a startup chose to list with a portal outside the half-dozen or so sites that make up our favorites, I’d take that as a red flag. In our experience, the best early-stage startups use the sites we favor. And these sites also have the biggest and most active investing communities. If a startup went to one we didn’t like or were unfamiliar with, that’d be an issue for us on two counts.

First, it could signal that the better portals didn’t want the startup to list with them because they saw red flags. We do our own in-depth research before recommending startup investments to you, and the portals we like do their own research too. Portals typically reject 97% to 99% of applicants. We see great value in this. It gives us a nice head start in the vetting process.

Second, we’ve gone to great lengths to establish close working relationships with the top portals. They introduce us to intriguing founders and give us previews of their listings before other investors. It took years of working together to build a level of trust and develop such close working relationships. We’d enjoy none of these advantages if we worked with an unfamiliar portal.

This is a little different than venture capital (VC) investing. Startups like going back to previous lead VC investors to see if they want to invest in their next round. Oftentimes, lead investors demand the right to invest in later rounds (to keep their overall share of the company intact as it issues new shares).

This dynamic simply doesn’t exist in equity crowdfunding. While portals most likely would prefer their best companies return to them in future rounds, issues of dilution and/or ability to influence decision-making aren’t part of the equation. Equity crowdfunding is a different animal entirely. It has its own set of dynamics. That’s what makes it so interesting!

A: Let’s start by understanding what Davos is. Davos, Switzerland, is the home of the World Economic Forum – that annual event where the most powerful (and pompous) bankers, politicians, billionaires and economists meet to discuss the world economy.

Crypto and blockchain were hot topics at Davos last year, but they’re not getting nearly that amount of attention this year.

Even with crypto’s relatively low profile at this year’s event, we’ve heard some interesting comments on it so far.

CNBC interviewed JPMorgan Chase CEO Jamie Dimon at Davos and asked if he felt any “satisfaction” that bitcoin had fallen 80% from its all-time high. Dimon had previously called bitcoin a “fraud,” but explained that his bank is still focused on the underlying blockchain technology (and still ignoring cryptocurrency). Here’s how CNBC reported his comments:

“Blockchain is a real technology – it’s just a database we can all access that’s kept up to date,” Dimon told CNBC’s Squawk Box.

JPMorgan is using the technology, which gets rid of the need for a third party intermediary by creating a permanent, open record of all transactions on a network. Buyers and sellers can interact directly and have their exchange recorded on a what’s known as a “distributed,” or blockchain ledger.

In October 2017, JPMorgan Chase announced a blockchain-based system that will “significantly reduce” the number of parties needed to verify global payments, reducing transaction times “from weeks to hours.” [The] Royal Bank of Canada and Australia and New Zealand Banking Group are among the bank’s partners in the project.

The potential benefits of applying blockchain tech to banks are tremendous. It offers banks the ability to settle transactions more efficiently, securely and quickly.

JPMorgan (and many others at Davos) clearly believe in the power of blockchain technology, but not in cryptocurrency itself.

To me, it’s clear why most establishment players don’t like bitcoin and other cryptocurrencies. These new decentralized forms of money threaten the core of the fiat money system. And the power of bankers and politicians is derived from this very system.

Bitcoin is the first alternative monetary system to catch on in centuries. It is sound money, meaning you can’t create more of it out of thin air (unlike fiat money). So of course the establishment doesn’t like it.

An old quote sums this situation up well: “It is difficult to get a man to understand something when his salary depends upon his not understanding it.”