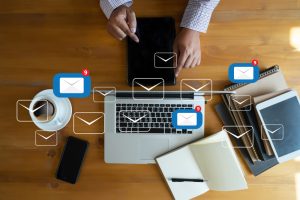 Q: Uber, Lyft and Slack are all going public (theoretically) next year. If they have gangbuster IPOs, does that validate the strategy of staying private for a long time? Or will more companies go public earlier to try and ride the wave?

A: Founders should be eager to go public for a bevy of reasons. Earning prestige. Cashing out. Leaving stressful fundraising rounds behind. What’s not to like?

As it turns out, plenty.

Founders complain about being at the beck and call of large venture capital (VC) investors. But they vastly prefer that to the harsh scrutiny of the public stock market.

Updating and publishing your (audited) financials four times a year. Then explaining them to brokers you don’t know or trust. And defending any perceived underperformance.

Founders who perfect the art of the positive spin thrive. Those who don’t struggle.

And we haven’t even gotten to the annual shareholders’ meeting and that thick yearly tome called the annual report.

So, yes, many founders prefer to avoid the IPO wave.

Here’s what you may not know about Uber, Lyft and Slack.

Their VC investors (especially Uber’s) have been urging them to IPO for years. Why? They want to cash out their winnings. Give their limited investors something to celebrate. And give their future investors a good reason to join their next fund.

VC investors wouldn’t be the only beneficiaries. All the other pre-IPO investors, from early- to late-stage, would also benefit.

Other winners? The founders and employees with share options. And the investors who invest on day one of the IPO launch.

Yet, because of so much capital sloshing around Silicon Valley, founders of these companies are not eager to join the public stock exchange.

I don’t think that’s about to change. Companies won’t be in any rush to IPO, even if Uber, Lyft and Slack conduct successful ones.

It’s what I think will happen – not what I think should happen. There are too many losers, most notably the general investing public.

My back-of-the-envelope math has Uber’s stock already absorbing 80% of its total growth trajectory. Lyft, 70%. And Slack, 60%.

The majority of growth has come and gone. And as I’m sure you know, the faster a company’s revenues grow, the faster you pull in profits.

If the majority of the U.S. population belonged to our startup investing service, this would be no big deal. As it is… it’s a huge deal. The vast majority of the population has ZERO ACCESS to the fastest-growth stocks, which exist only in the private markets.

What’s more, not every company should want or need to grow into a billion-dollar-plus valuation. There’s no shame in getting bought out or publicly listing sooner as opposed to later… with, say, a $300 million valuation.

Early-stage investors would get a 15X to 25X gain. No complaints there.

But that’s not where the market is headed. And gangbuster IPOs from the likes of Uber probably won’t change that.

Q: Can you devote some time to educate your readers about security tokens and why they are being touted by many in the crypto world as the future? And why are utility tokens/ICOs seen as the problem and the past? Thank you.

A: Security tokens are a broad and emerging type of crypto asset that qualify as securities. Securities include stocks, bonds and options.

Security tokens use the technology that powers cryptocurrency (blockchains and cryptography) to allow the creation of new, tradable tokens that represent real-world assets. For example, some companies are beginning to offer shares in the form of tokens. These tokens represent an ownership share in the company, but they trade like cryptocurrencies.

Many people believe security token exchanges are the foundation of better financial markets and exchanges. For example, Overstock.com’s blockchain division is building a securities platform called tZERO. Here’s how it describes tZERO’s goal:

tZERO is actively working to develop new technology that will help make markets more efficient, more transparent, and more liquid. We believe that tZERO has the potential to democratize, expand, and strengthen capital markets through the use of technology, with a focus on blockchain technology.

Security token platforms aim to disrupt existing financial markets (such as the NYSE, Nasdaq, etc.). Tokens may provide a more efficient, transparent and fair way to own and trade securities.

In short, security tokens don’t compete with traditional cryptocurrencies like bitcoin. They are simply leveraging the same underlying technology in an attempt to disrupt existing security platforms.

Coins like bitcoin are designed to compete with fiat currencies. This is my favorite area of crypto.

Utility tokens, like golem (GNT), are a completely different animal. In golem’s case, the tokens are used to fuel a global network of computing power. If you join the network and offer up your computing power, you are rewarded with tokens. Buyers who wish to purchase this power pay in golem tokens.

I believe there is significant potential in utility tokens and that eventually we’ll see some huge winners in this space. But in today’s market, I am largely steering clear of them and focusing on pure cryptocurrencies like bitcoin and select altcoins.

Tokens like ether (which powers the ethereum network) are a bit of a hybrid utility token/cryptocurrency. It’s a token because it’s designed for use on a specific network, but it has also gained widespread use as a cryptocurrency.

What’s Different About This Crypto Surge