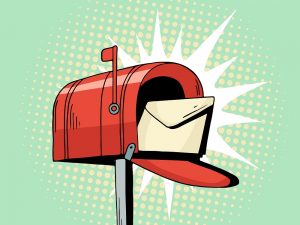 Q: Why is it so hard to legalize marijuana? The voters all seem to want it. Even some governors want it. But the votes in state legislatures are never there. Why not?

A: You’re right. Voters want to legalize marijuana. A recent CBS poll found 65% of voters support legalizing marijuana. Yet in the 10 states that have legalized recreational marijuana, nine did it through ballot initiatives. Only Vermont passed legislation legalizing it.

And already this year, the state legislatures (and governors) in New York and New Jersey have stumbled badly in their efforts to legalize marijuana. And the jury is still out on Illinois’ efforts.

So why exactly is this so hard?

Let’s start with age. The current generation of politicians in power came of age when marijuana was considered a gateway drug to things like cocaine, heroin and meth. Nothing could be further from the truth. But that’s the environment they grew up in.

Attitudes are changing slowly among this generation. But few are truly vested in the cause.

Some of them now believe marijuana should be legalized… but for different reasons. Some are interested in the tax revenue marijuana would provide. Some are more interested in the social justice component of legalization. Others fully support medical marijuana but believe recreational marijuana is a bridge too far. And many are unapologetically opposed to legalizing any form of marijuana. So while the rest of the country is ready to legalize pot right away, many of these politicians are not. And they’re the ones in charge.

The second factor is cowardice. Because many of these politicians are uncomfortable with the idea of legalizing marijuana, they consider this a “tough vote.” In political parlance, a tough vote is one where the voters could punish you at the ballot box if you’re on the wrong side of the issue. These politicians understand that the bulk of voters are for legalizing marijuana. But the politicians themselves don’t strongly believe in the issue. And they don’t think their voters believe it in either (despite reality). They’re convinced they’ll be voted out of office if they vote to legalize. As far as they’re concerned, if the voters want to legalize marijuana, they should do it themselves through a ballot initiative.

What these politicians don’t understand is the voters elected them to office to make the “tough calls.” Ducking the issue is an extreme form of cowardice. And every one of them should be ashamed.

The third factor is a nasty political environment. Because legalizing marijuana isn’t a priority for most politicians, they can hold legalization legislation hostage while they fight over other things. This is especially true if the state’s governor is trying to legalize marijuana.

Take New Jersey for example. Legalizing marijuana was a priority for Gov. Phil Murphy. The legislature knew that. But because the legislature and Murphy were at odds over a variety of other issues, it held the legislation to legalize pot hostage and ultimately didn’t vote on it. The legislature didn’t want to give Murphy a win (even though they’re all from the same party). Instead, it’s forcing the voters to legalize it on their own through a ballot referendum next year.

If politicians actually did their jobs, there would be no need for voters to force the issue with ballot initiatives.

Q: How do convertible notes work? And more importantly, how does the discount work? The way I read it is, I divide my investment (let’s say $2,000) by the initial public offering (IPO) price (let’s say $10 per share), which means I receive 200 shares. Not sure how the 20% discount works in there. Is this correct?

A: Whoa. I hate to say it, but your math is way off. I don’t want anybody investing in the early rounds where convertible notes (or simple agreement for future equity notes, which work along the same lines) are offered without understanding how they work. I’m going to give you a quick lesson on how to figure out the number of shares you’ll receive, share price and discounts. And I’m going to keep it as simple as possible.

Convertible notes come with a valuation cap, which is the most you will ever have to pay for your shares. They can also come with discounts, usually in the range of 10% to 20%. That’s the discount at which your shares convert to equity in a future round (usually the following round, but the startup can choose later rounds). Companies use convertible notes to avoid selling their shares at extremely low prices.

Here’s one scenario: If a company is raising a seed round but is off to a slow start, instead of selling its shares at, say, $3 million, it offers a convertible note at, say, $6 million with a 15% discount. Assuming that it plans to convert the convertible note at the next round, this cap of $6 million is the most you’d pay. Even if the company jumps to a $10 million valuation, you’d still pay only up to $6 million. Only investors who get into the following round would have to pay the $10 million. Paying less is your reward or incentive for investing at the seed round rather than at the next round (usually Series A).

Let’s take a second scenario. Suppose this company’s valuation increases to $4 million. You obviously want to pay the lowest price. So you would use your 15% discount on the $4 million price, which comes to $3.4 million. Your reward in this scenario is getting 15% off what other investors pay in this round. No matter how I rejigger cap and valuation numbers, that 15% is your minimum discount.

Whenever the company IPOs, you have enough information to calculate your profits. Just calculate your gains per share (IPO price minus your share price) and multiply by the number of your shares. If your startup is bought out, do the same thing. The company will let you know the buyout price per share. Just be aware if the company doesn’t do either, your shares are not liquid and you can’t cash out. That’s part of the risk you take when investing so early.

This is why investing in many early-stage startups makes sense. Investing in just one or two doesn’t.

3 Questions You Should Ask Before You Invest
The New Work-From-Home Economy
Bitcoin Was Made for Times Like These
Why Crypto Exchanges Shouldn’t Have to Follow the Travel Rule
On the Eve of Thanksgiving, Some Food for Thought
Mailbag: Three Essential Questions to Ask Startup Founders
The Fed Is Not Invincible
Cannabis Isn’t Going Anywhere

Cyberghost Is a VPN Service You Can Pay For With Bitcoin Cash Markets Update: Bitcoin Cash Jumps Ahead as Crypto Prices See Fresh Gains
Scroll to top