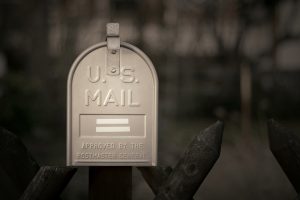 Q: I see why pot stocks are such a good investment opportunity. But do marijuana companies actually create jobs for people?

A: The cannabis industry is creating a lot of new jobs. Exact counts are hard to come by because marijuana is still illegal at the federal level. So the Bureau of Labor Statistics, a federal agency that usually measures these sorts of things, isn’t allowed to count jobs in the legal cannabis industry.

But that doesn’t mean counting legal cannabis workers is impossible. Specialty organizations like Leafly, job hunting websites like Glassdoor, and marijuana talent placement agencies have a good handle on it.

According to a Leafly study, the cannabis industry accounts for 296,000 jobs in the U.S. so far. The industry added 64,389 new jobs last year. And even more job growth is expected this year.

According to Glassdoor, hiring at cannabis companies jumped 76% last year. And the pay is pretty good too. Glassdoor reports the median marijuana salary for cannabis job openings is $58,511. According to the Social Security Administration, the median annual compensation in all sectors is just $31,561.49.

I’ve spent a lot of time talking to cannabis companies over the past few years. And almost every one of them told me that the most important hire any pot company will make is a good compliance officer. A compliance officer who understands how following and enforcing strict marijuana regulations can lead to more profits is the most sought-after commodity in the market. People like that can write their own checks.

Q: When you use the word liquidity, what does it mean? And does it mean something different for startups than it does for crypto?

A: A good place to start is Investopedia’s definition: “Liquidity describes the degree to which an asset or security can be quickly bought or sold in the market at a price reflecting its intrinsic value. In other words: the ease of converting it to cash. Cash is universally considered the most liquid asset.”

This definition partially applies to cryptocurrencies. A coin’s liquidity is based on volume. In other words, how much of it is bought and sold in a given period (be it hourly, daily or longer). The bigger the volume, the more liquid it is. As liquidity increases, the crypto asset becomes easier to buy and sell and more likely to reflect its market-based value.

This is slowly changing. More and more coins can now convert to and from dollars. But it’s fitting that the liquidity of cryptocurrency, which was created as a superior alternative to fiat cash, is not exclusively tied to cash transactions. And in the crypto world, bitcoin – not fiat currency – is considered the true measure of the intrinsic value of cryptocurrencies.

In the startup world, liquidity is often coupled with “event.” So what exactly is a liquidity event?

It’s when investors can cash out their equity stakes in startups and convert them into liquid public shares (which can be sold for cash immediately or at any point in the future). There are two types of liquidity events a startup can experience: an IPO or a buyout.

Startups that launch an IPO in order to join a public market see their shares go from private and illiquid to public and highly liquid.

When a startup is bought by another company in a buyout, the liquidity varies.

Buyouts can also offer a combination of cash and shares. In that case, if the acquiring company is private, that’s a partial liquidity event.

Liquidity’s optionality is considered a plus in the investing world. And a lack of liquidity is seen as a negative. It’s why some investors prefer getting coins as opposed to private shares in return for their investment. And it’s why buying private, illiquid shares comes with an intrinsic discount of 5% to 10% (at least in theory).

But there are plenty of exceptions. Private shares that are in high demand often carry a premium as opposed to a discount. And long-term investors place far less importance on liquidity than short-term investors do.

The presence or absence of liquidity plays an important role in both the startup and crypto investing worlds. The more you know about it, the better investing decisions you can make.