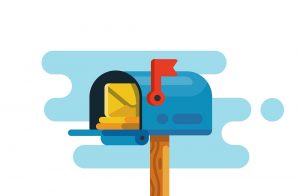 Q: I keep hearing people talk about AngelList when it comes to startup investing. What is AngelList? And can I find good deals there?

A: Yes, AngelList is a site that facilitates startup investing. And yes, the deals are very high quality. AngelList is also like a LinkedIn for startups, where startups can recruit new employees and potential candidates can apply for jobs.

These rules have been in place since 1933. They were supposedly put in place to protect investors from scams. Accredited investors are seen by government regulators as being “sophisticated” and capable of understanding the risks involved in startup investing.

I think these rules are utter hogwash intended to benefit the wealthy. Being well-off does not make one smarter or more capable of evaluating businesses.

Fortunately, we are finally seeing progress in democratizing startup investing. Since equity crowdfunding launched in 2016, everyone has been able to access early-stage private investments. The industry is maturing rapidly, and the quality of deals is improving dramatically.

However, it’s still not a completely level playing field. Everyone should be able to invest in the types of deals that are on AngelList as well. As long as investors are willing to accept the risks involved (which are high), all investments should be fair game.

Government regulators will argue that without strict rules in place, people will lose money. And some people will. But guess what? Some people will make quite a bit, and it should be our right to take that chance.

Q: What’s the difference between investing in a seed round and a Series A round? Should we expect the same sort of returns from each investment?

A: The short answer to your second question is… no. There’s a bigger difference between investing in a seed and Series A round than any other pair of consecutive rounds. And that includes the risk-reward proposition.

Some background is in order here. When I first began recommending Series A startups for Early Investing back in 2014, they looked a lot different than they do today. Today’s seed companies could pass for the typical Series A company of five years ago in terms of valuations and expectations.

That was then. Here’s a breakdown of today’s seed and Series A companies, based on our First Stage Investor holdings…

This is a quick and oversimplified list. There are always exceptions to these guidelines. Some of our favorite Series A holdings don’t have a solid sales track record. And we have one Series A company with a minimum investment of $0.81.

The biggest takeaway from the above? You’re paying almost four times as much for a Series A startup as you are for a seed-stage company. That’s a huge difference.

In terms of returns, there’s a big difference between the two rounds. Series A investors make just 27% of what seed investors make.

Another takeaway: There’s a lot more evidence to evaluate with Series A startups. Everything is further along, from product to sales to monetization strategy. The strongest sign of future success – hockey stick growth – has usually not presented at either the seed or Series A stage. But the other Series A criteria offer much clearer signs of future success. That’s why you pay a lot more to invest at the Series A stage. You simply don’t have that information at the seed stage, so you’re incurring more risk.

Is paying almost four times more for extra information worth it?

Investors should also take emotion into account. Some investors can’t stomach the idea of having many losers in their portfolio. For them, investing at the Series A stage would probably make more sense.

I like different risk-reward equations. It diversifies portfolios, which is always a good thing.

We don’t play favorites here at Early Investing. We put both groups into our First Stage Investor portfolio in roughly equal numbers. In time, we’ll find out which group did better. But that’s down the road. We invest in the best early-stage companies we can find. Sometimes that means seed companies, and sometimes that means Series A companies.

Why Crypto and Bitcoin Fundamentals Are Still Strong