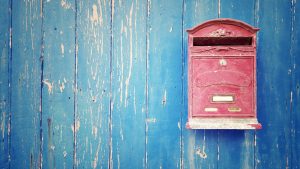 Q: When Congress finally gets around to legalizing marijuana, state and local governments aren’t going to give up local control and grow requirements right away. So just how is the industry going to change when marijuana is legal at the federal level?

A: You’re right. One of the biggest myths out there is that when Congress legalizes marijuana, a national pot industry will replace the patchwork system we have today. That’s simply not the case.

So what will happen? Let’s start by setting expectations. Don’t expect the federal government to legalize marijuana in the next two years. It’s just not happening. While there is bipartisan support for legalizing weed, it doesn’t have the votes – especially the 60 it needs in the Senate. It’s also not a legislative priority. So this year is out.

It’s not going to happen during an election year (2020) either. Even though 62% of Americans approve of legalizing marijuana, this is still considered a “controversial” issue among elected officials. And politicians shun controversial votes during election years.

So 2021 is the earliest something could happen. But a five- to seven-year time frame seems more realistic. Two things could speed that up:

And when the federal government does finally legalize marijuana, it will most likely leave it to the states to regulate it and set market conditions. That means whether marijuana is legal to use or sell – and how it’s used or sold – will still be determined at the state level.

This will impact cannabis investors and cannabis businesses in vastly different ways.

For cannabis businesses, life after legalization won’t be dramatically different than life before legalization – at least at first. Yes, they’ll have greater access to banking. That’s a huge improvement. That will lead to a better payment system for the industry. That’s also a welcome change.

After that, change will happen more slowly – if at all. Cannabis growers and companies will still have to worry about operating in multiple states and complying with multiple regulatory schemes.

Everything from sales and distribution to transportation and growing locally is written into the current regulations in most states. Many of these requirements are part of state constitutional amendments that legalized pot. And states won’t be in a hurry to change them.

To be fair, this isn’t something that just the cannabis industry deals with. The alcohol, tobacco, insurance and automotive industries, to name a few, all have to deal with state and local regulations – especially when it comes to sales and distribution. Cars, for the most part, have to be bought from dealers. Some states allow grocery stores to sell alcohol. In other states, only a state-run liquor store can sell alcohol.

So the status quo for cannabis businesses will be preserved for a little while.

Investors, on the other hand, will see two dramatic changes when Congress legalizes marijuana.

Right now, retail investors like you and me have the advantage when it comes to marijuana stocks. We can actually invest in companies that are growing, while institutional investors can’t.

We need to take advantage of this while we still have an edge. As soon as marijuana is legalized at the federal level, institutional investors will step in. Cannabis companies will be able to raise funds from VCs and investment banks – enabling them to stay private longer and forcing retail investors to miss out on the growth stage of some great companies. And it will become more expensive – and less profitable – to invest in top-tier public cannabis companies.

In short, while legalization at the federal level is good for the industry, it’s not necessarily the best thing for small investors. That’s why we’re looking for good marijuana companies for our members to invest in. We need to strike while things are still in our favor.

We’ll keep you updated on our progress.

Q: I’m really new to crypto and want to learn as much as I can. Who are your crypto “must-follows” on Twitter? And are there any books you think I should read?

A: Twitter is the top online hangout for cryptocurrency enthusiasts, and it’s a great place to learn from a diverse group of people. Here’s my list of recommended crypto follows on Twitter.

In terms of crypto books, I’m currently reading The Story of the Blockchain by Omid Malekan, and it’s quite good. The Internet of Money by Andreas Antonopoulos is a classic.

But in general, books can take you only so far in crypto. They’re good for understanding core concepts and the “why” of crypto. But by the time they get to print, any technical information may be out of date.

So to keep up with what’s going on today, I constantly review new projects, read white papers, watch what people are discussing on Twitter and see what’s working in the real world.

The post Mailbag: How the Marijuana Industry Will Change, Crypto Must-Follows appeared first on Early Investing.

Rational Crypto Markets Are a Big Deal for Investors