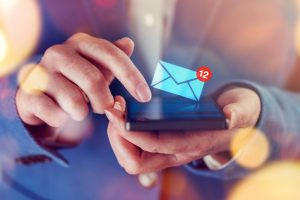 Q: What mistakes do new startup investors make, and how can I avoid them?

A: One of the mistakes I see new investors make is falling in love with a specific industry. They see a startup in an area they’re really excited about (cannabis or artificial intelligence, for example), and jump in without properly researching the company. This is always a mistake.

When evaluating startup investments, it is far more important to focus on the progress and potential of a company rather than on the industry it’s in. Investors have a limited number of startups to choose from, and our top priority should be finding the best companies.

So even though I love the cannabis industry, I don’t give pot startups much more consideration than ones in more boring industries. In fact, “hot” investment areas like cannabis tend to attract more bad actors, so investors need to be extra careful there. If the startup’s pitch focuses on how big the industry is going to be, and not on why it will dominate it, be very careful. That’s a red flag.

Another mistake we often see new investors make is investing too much money on a single opportunity or just a handful of companies. Early-stage investing is risky. And in order to have a good chance at hitting a home run, we recommend members invest in no fewer than 20 startups over the course of a year or more. I’ve invested in more than 80 startups over the last five years, and I expect five of them to produce nearly all my returns.

Fortunately, it’s easy to build a portfolio of 20-plus startups today because equity crowdfunding has minimum investments starting at $100 (and sometimes less).

Q: Who are the people actually working on crypto regulations at the Commodity Futures Trading Commission (CFTC) and Securities and Exchange Commission (SEC)? It can’t be the commissioners. And why don’t they get it?

A: Let me get this straight: You’re asking me why people who choose the safety and security of government work don’t get crypto? Hmmm. This is too easy.

Unfortunately, it’s much more than merely imposing their own risk aversion on the general public. But first, you’re right: It’s not the commissioners. They have their views, of course. SEC Chairman Jay Clayton comes from Wall Street. And J. Christopher “Chris” Giancarlo, the CFTC’s chairman, worked for a series of high-powered law firms. In other words, they’ve served the very clientele that crypto seeks to disrupt.

While both have been pretty cautious in their public statements, it’s not hard to know where their sympathies lie. But, as you point out in your question, it’s not the commissioners who are responsible for making crypto policy. It’s the staff.

I don’t know anybody personally who works on either the CFTC or the SEC staff. And that surprises me. I have a ton of friends from Washington. Heck, even I worked for the government at one point. But the closest personal connection I have is the wife of a close colleague of mine circa 20 years ago who worked at the SEC.

But I don’t need a personal connection to the SEC to imagine who works there. I simply have to think of my brother, who has worked for several government agencies in Washington over the past 30 years. He’s not in the government anymore, but he still gets the odd government consulting job.

A couple of years ago, he was even asked to do a study on alternative currencies throughout U.S. history for an agency I can’t name. But I can tell you his broad conclusion: None of those currencies lasted and the odds are great that cryptocurrency won’t either.

Unlike the SEC and CFTC commissioners, my brother is not a lawyer or Wall Streeter. He came straight from academia to Washington. But he’s been part of the Washington public policy-making machine forever. He is a somewhat older version of those people staffing the SEC and CFTC: very smart and very conventional, protective of the general public, and suspicious of new things (they don’t like what they don’t understand).

Cryptocurrency won’t get the benefit of the doubt from the traditional, geeky Washington set. The age-old rule applies: The people who make the rules do not treat kindly the people who like breaking the rules.

The post Mailbag: How to Avoid Startup Investing Mistakes, Why the Government Doesn’t Get Crypto appeared first on Early Investing.